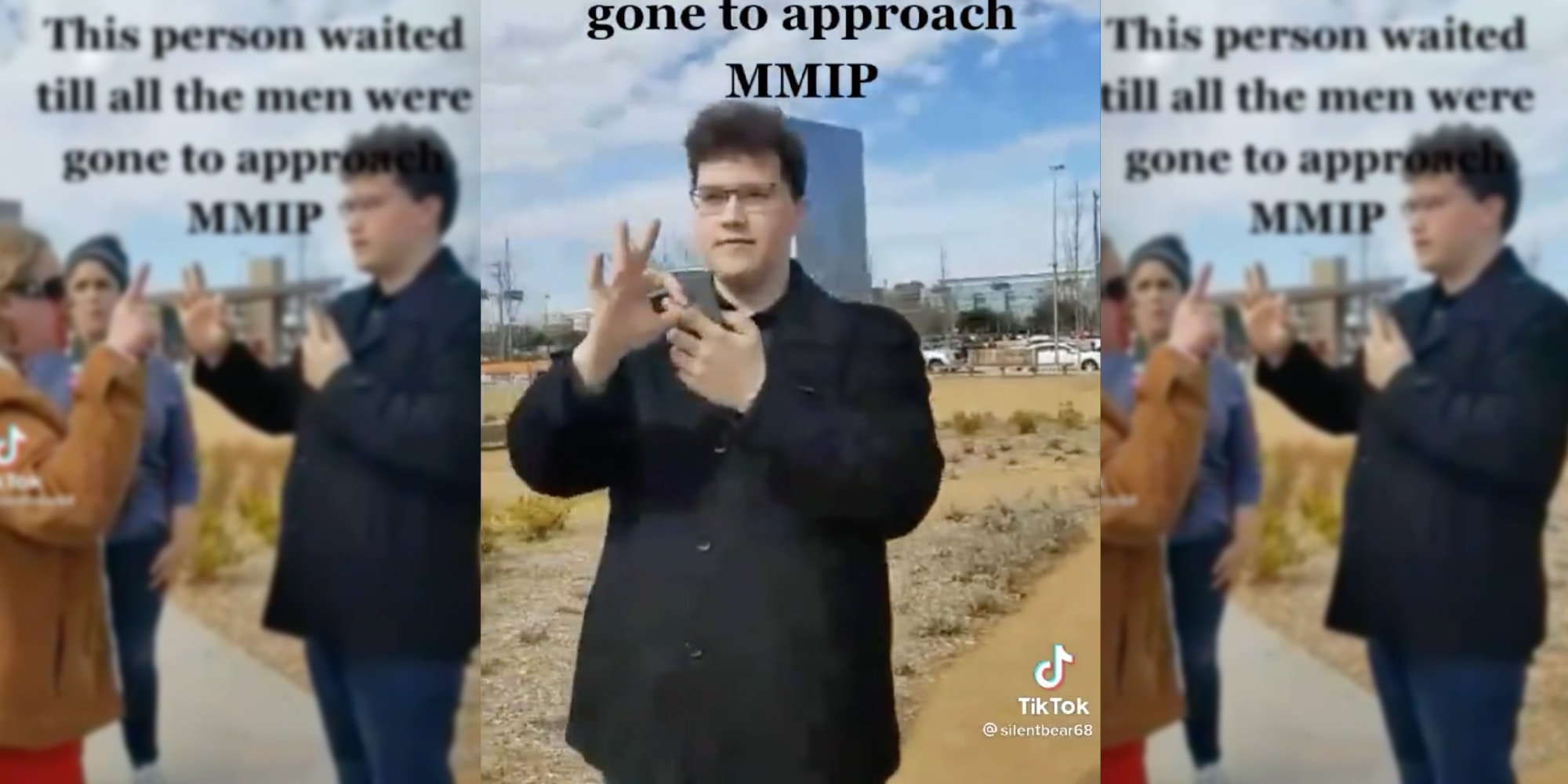 Internet users are trying to track down a man who flashed a “white power” hand symbol at a task force for missing indigenous people in Oklahoma City.

In a TikTok uploaded this week, a white man appears to record with a cellphone and flash an “OK” sign to a group of organizers. The caption of the video says the organizers are part of the Montana Missing Indigenous Persons Task Force and that the man waited until “all the men were gone” before approaching them.

The video was uploaded to Twitter where users are trying to identify the man.

In the video, the man flashes an “OK” sign to a small group of people gathered outside. A woman in the group begins to talk to the man by saying that he is racist for his actions.

“It means OK,” the man says. He then calls the woman “antagonistic” and says that they “don’t know what 4chan means.”

The hand gesture, which traditionally means “OK,” gained more nefarious connotations online. According to the Anti-Defamation League, the symbol was falsely promoted by 4chan users as a “white power” symbol in order to garner a reaction from the media and liberals.

The “OK” gesture became a popular trolling device of right-leaning individuals online. The campaign was so successful that by 2019, it was being used by white supremacists as an actual symbol for white supremacy.

“We know what that means,” the woman tells the man in the video. “It means that you shouldn’t even be standing here, and it means that you’re OK with disrespecting Black women and brown women. And you don’t respect the fact that this is indigenous land that you’re standing on, that your people raped and pillaged.”

The woman directs the group to leave him alone and walks away soon after. “This white supremacist wants to be famous, let’s oblige him,” Twitter user @davenewworld_2  wrote.

Another user directed people to start combing through LinkedIn accounts and posts recently uploaded from Montana in order to find him.

According to the organization’s website, the Montana Missing Indigenous Persons Task Force is dedicated to reducing Indigenous missing persons and establishing a community portal and database for missing person cases for residents of the Blackfeet Nation.