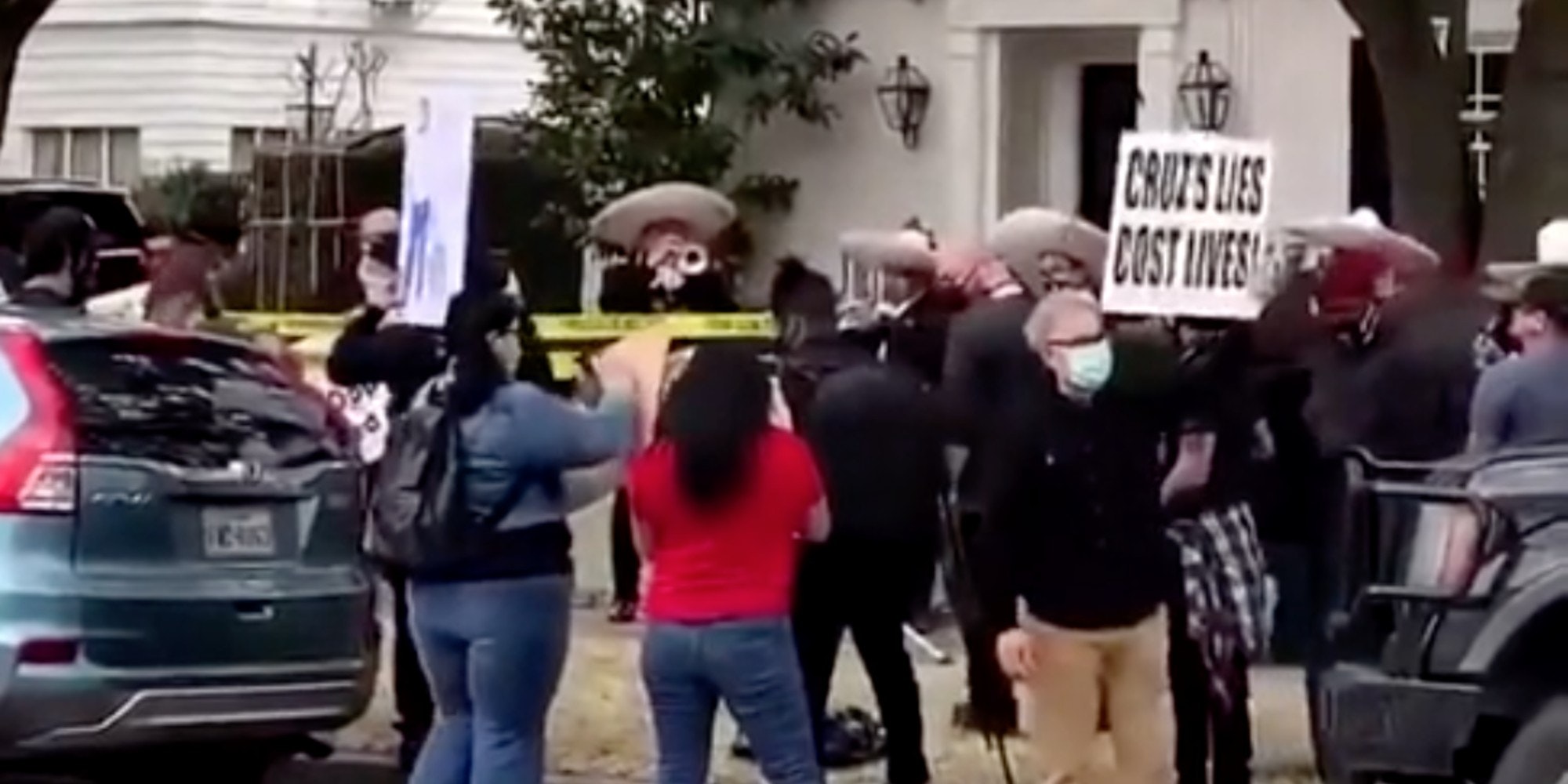 A mariachi band was filmed outside the home of Sen. Ted Cruz (R-Texas) as controversy continues to swirl over the lawmaker’s trip to Mexico last week.

The footage, posted all across social media over the weekend, shows the band performing Mexican standards like “Cielito Lindo” alongside a small group of protesters at the politician’s Houston residence. In front of the band, a sign reads in Spanish: “Ted Cruz is guilty of sedition!”

Cruz drew the ire of Americans on Wednesday after being spotted flying to Cancún with his family while millions of his constituents were without power or water due to a devastating snow storm.

Faced with a massive public relations disaster, Cruz returned back to Texas later that day. The Republican went on to blame his children for the trip and attempted to fix his public image by releasing photographs of himself handing out water to fellow Texans over the weekend. Unsurprisingly, the public relations stunt backfired.

The mariachi band has since gone viral online, with users weighing in on the spectacle all over Twitter.

It currently remains unclear whether Cruz was at home at the time of the protest.

The senator was also widely mocked last week after old tweets in which he criticized a Democrat mayor for traveling amid the coronavirus pandemic resurfaced online. Another old tweet from Cruz, in which the senator criticized California for power outages, reemerged during the snow storm in Texas.