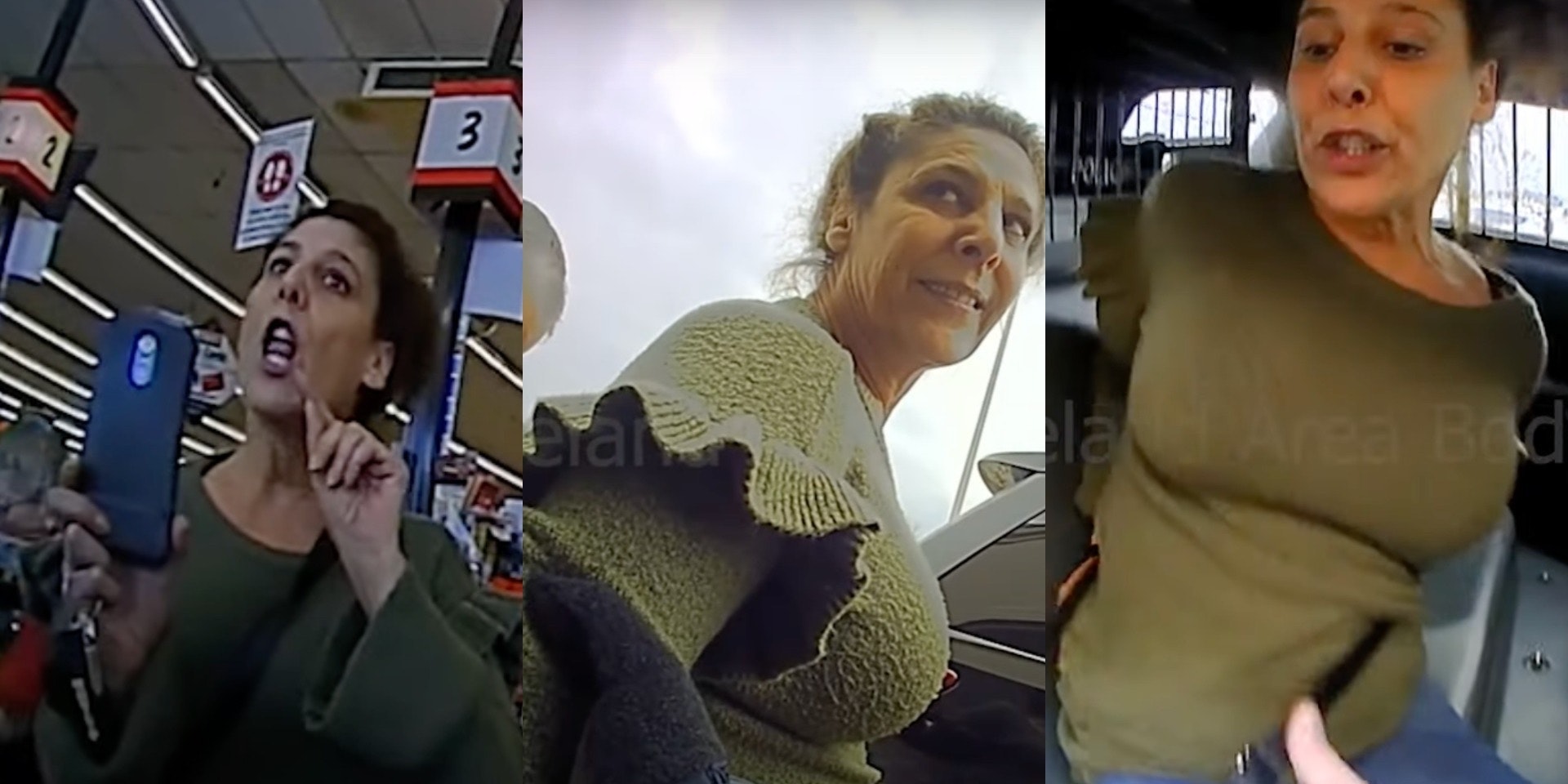 Sometimes, the stars align and the perfect villains get their comeuppance. Sometimes, police arrest a “Karen” whose name is literally Karen.

That’s what happened last month when police in Brook Park, Ohio, responded to a call at a Marc’s supermarket about a disorderly woman who refused to wear a mask while shopping. The altercation was caught on the officers’ body cameras and uploaded to the Cleveland Area Body Camera YouTube channel yesterday.

Police arrested the unmasked woman for resisting police, trespassing, and failure to disclose information, cleveland.com reports. They later identified the woman as Karen Turner, according to the YouTube video description. (The Brook Park Police Department did not immediately respond to the Daily Dot’s request for comment.)

In other words: Karen was caught Karening.

And boy, what a performance she gave. The body camera video shows police entering Marc’s and approaching the maskless Turner, who already has her phone out and is filming from a checkout aisle.

“So let me ask you this. Is it a law?” Turner asks. “What’s a federal law that prevents me from wearing a face mask?” (She ostensibly meant “requires me to wear a face mask.”)

When the cops explain that it’s not a federal law, but a state order, Turner replies, “OK, so you don’t know the law.”

“The law,” she demands. “The law, because I’m going to get your badge number, and I’m going to sue you as well.”

After refusing to show her ID, the cops begin to escort Turner out of the store. She struggles, and they warn her to stop resisting arrest.

“I can’t wait to sue your ass,” Turner mutters again as the cops walk her to the parking lot.

Once they reach the parking lot, the cops take Turner’s phone and cuff her hands behind her back. She tells the cops to give her the phone back dozens of times, to no avail.

As the cops place Turner in the back of the police car and reach to remove her purse, she goes berserk.

“Illegal search!” she shouts as she thrashes in the backseat.

“If you kick me, you’re gonna go to jail,” one officer warns Turner.

The cops eventually dislodge Turner’s purse from her shoulder, as she warns them again that they are “so in trouble.”

“You go through my cell phone, you’re in—“ she begins, but her sentence gets cut short when the cops slam the car door on her.

According to the YouTube video description, Turner has pled not guilty on all charges.

Kudos to Karen Turner for living up to her namesake and going down in a blaze of glory.