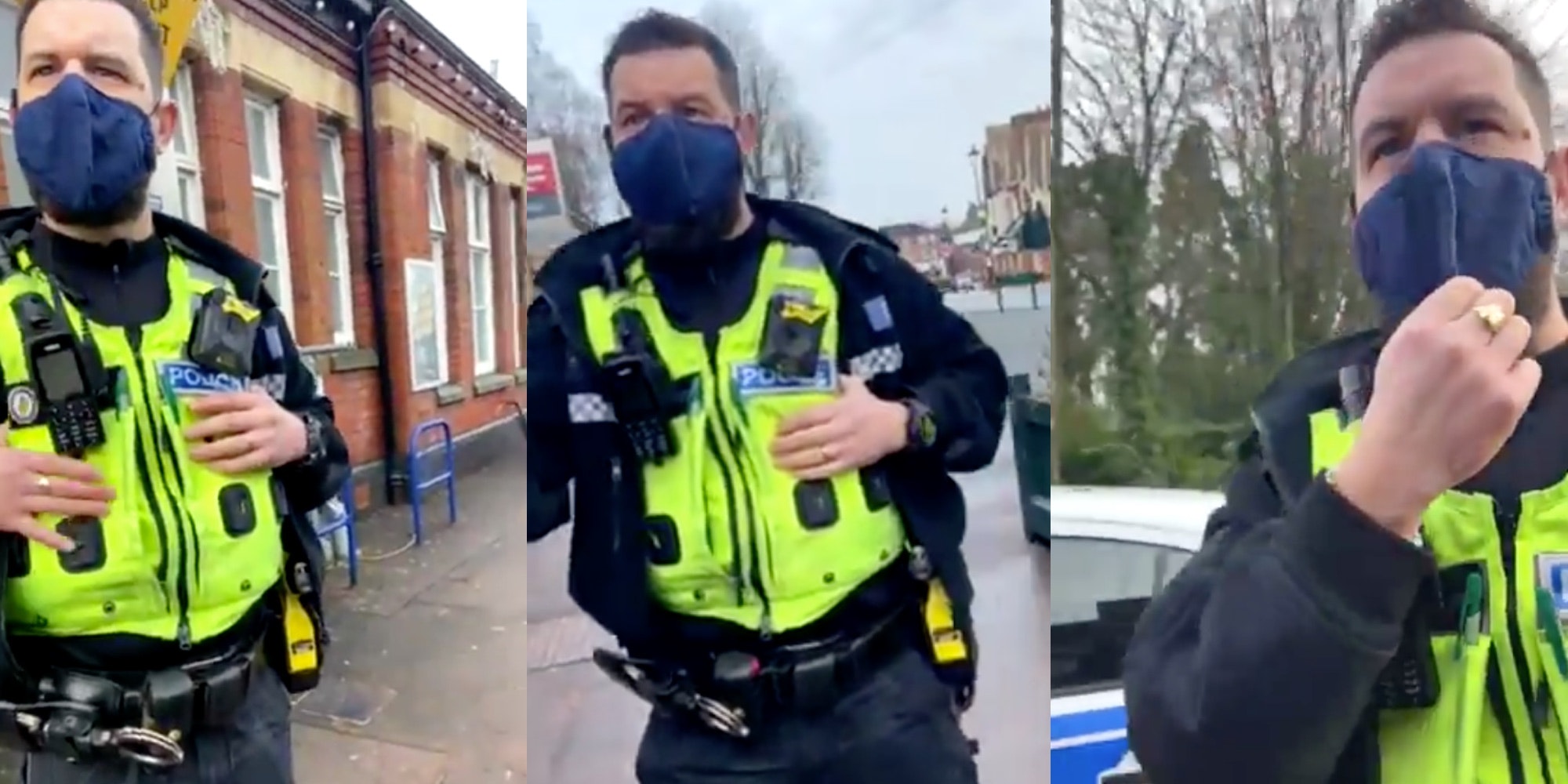 A video that shows U.K. police detaining a man who refused to give his name is causing outrage across social media.

Twitter user @C1Haywood posted the video on Wednesday and said it was taken by his friend who faced “straight harassment and abuse of power” from a West Midlands county law enforcement officer while on his way to work. The video now has over 1 million views.

The unnamed friend starts filming as the police car with a pair of officers pulls up next to him. He goes over to see what the trouble is, and one of the officers immediately starts grilling him.

He says that he’s on his way to work and that he lives in the area, even providing the street, but once an officer asks him to provide his name, the man recording has had enough of the questions.

“Don’t worry about that,” the man says.

“What do you mean don’t worry about it?” the police officer says. “We’re here to enforce legislation, mate, so I need to know who you are.”

The man tells the cops that he hasn’t committed any offense, but the officer keeps pushing, insisting he has no way to know if the guy actually lives in the area. The man asks the officer to turn on his body camera, and the officer replies, “Yeah, if you want me to. But we’ll be dealing with this in a different manner now.”

The officer then gets out of the car and gets close to the man’s face, even as the man asks him to “back up.”

The officer ultimately tells the man that if he doesn’t provide his details, he will be arrested. He appears to make good on the threat after calling the man an “idiot” and saying the fact that the man won’t say his name is “reasonable suspicion”—though for what is never clear.

Some Twitter users following the story didn’t understand why the man wouldn’t simply provide his details and move on.

“Literally 1 minute to answer some questions and be on his way,” @insidem4n wrote.

But others commented on the imbalance of power between the police officers and the man. One user pointed out that “as soon as the officer gets out of the car he tries to intimidate the kid and threatens him with arrest. At no point does he say why.”

@ourdrtylaundry_ added: “There is a long history of police in that area profiling young men, it’s not surprising that the young man was defensive.”

Levins Solicitors, a law firm in Liverpool, responded to the video with a summary of what police are legally able to do in the area—essentially, not much.

“A police officer might stop you and ask: what your name is, what you’re doing in the area, where you’re going,” the rules state. “You don’t have to stop or answer any of these questions.”

They also clarified that additional rules in place due to coronavirus still don’t allow for anyone to be arrested simply for refusing to answer questions.

The West Midlands Police acknowledged the receipt of a complaint related to the incident and released a statement saying it was reviewing the body camera footage from the officer—who appeared to only turn on his body cam after the man he stopped insisted he do so.

The post Video shows police calling man ‘idiot,’ detaining him because he didn’t say his name appeared first on The Daily Dot.