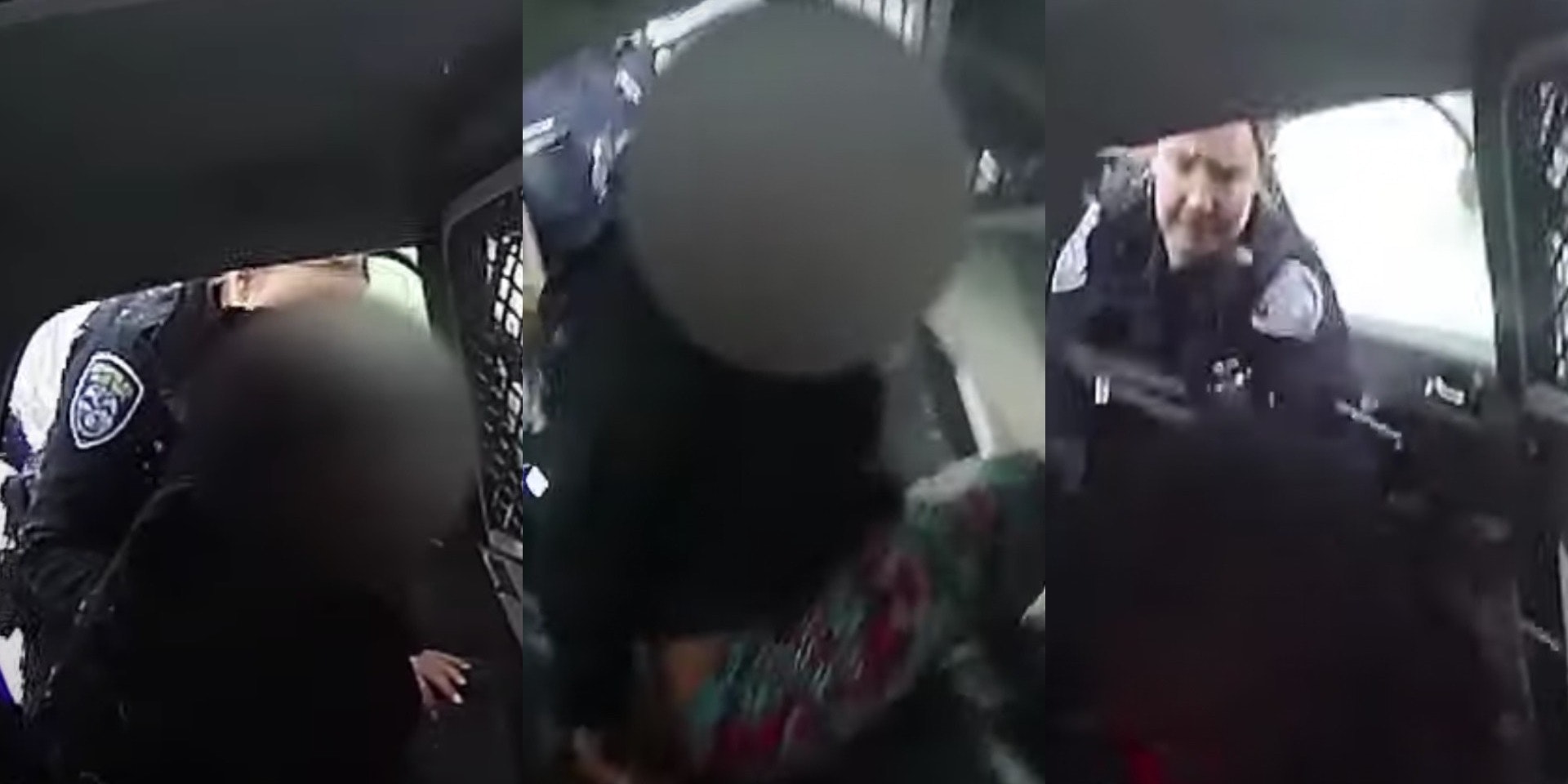 Police in Rochester, New York, released two body camera videos on Sunday that show officers handcuffing and pepper-spraying a 9-year-old girl as she screamed for her father.

The police were responding to a family disturbance call on Friday, the New York Times reports. The 9-year-old, whose name has not been released, “indicated that she wanted to kill herself, and she wanted to kill her mom,” Deputy Police Chief Andre Anderson said in a press conference on Sunday.

The videos show officers pushing the girl into the snow to handcuff her and put her in the back of a police car. The girl said she did not want to enter the car until she could see her father.

In one of the videos, a female cop tells the sobbing girl, “Sit back. Come on. This is your last chance. Otherwise, pepper spray’s going in your eyeballs.”

“Dear, just stop for a second and take a deep breath,” a male officer tells the girl as she continues to shout for her dad.

“Just spray her at this point,” the male officer then says.

The girl screams in agony and begs the cops to wipe her eyes. The male officer shuts the car door, sighs, and says, “Unbelievable.”

The incident has drawn widespread criticism across social media, and “She’s 9” was trending on Twitter on Monday.

“She’s 9 you can literally just pick her up,” user @MacAttacks tweeted. “These are the people you’re supposed to trust to help you when you’re in actual danger omg.”

“Nothing like welcoming in Black History month with ‘She’s 9’ trending, to remind people that state sanctioned violence does not care about ones age and that we need to defund the police who shouldn’t be doing ‘familial checks’ anyway,” another user, Tamanisha John, wrote.

The Rochester Police Department ignited controversy last year after its officers put Daniel Prude, a Black man, in a hood and pressed his face into the pavement for two minutes. Prude died of suffocation in March, and the bodycam video of the incident was not released until September.

Rochester Police Chief Cynthia Herriott-Sullivan disavowed the incident on Sunday. “I’m not going to stand here and tell you that for a 9-year-old to have to be pepper-sprayed is OK,” she said.

But Mike Mazzeo, president of the Rochester Police Locust Club, the city’s police union, defended the cops’ actions. “Had they had to go and push further and use more force, there’s a good chance she could have been hurt worse,” Mazzeo said.

“It’s very, very difficult to get somebody into the back of a police car like that,” he continued. “And she’s 9 years old. Imagine what happens when we have a full-grown individual.”