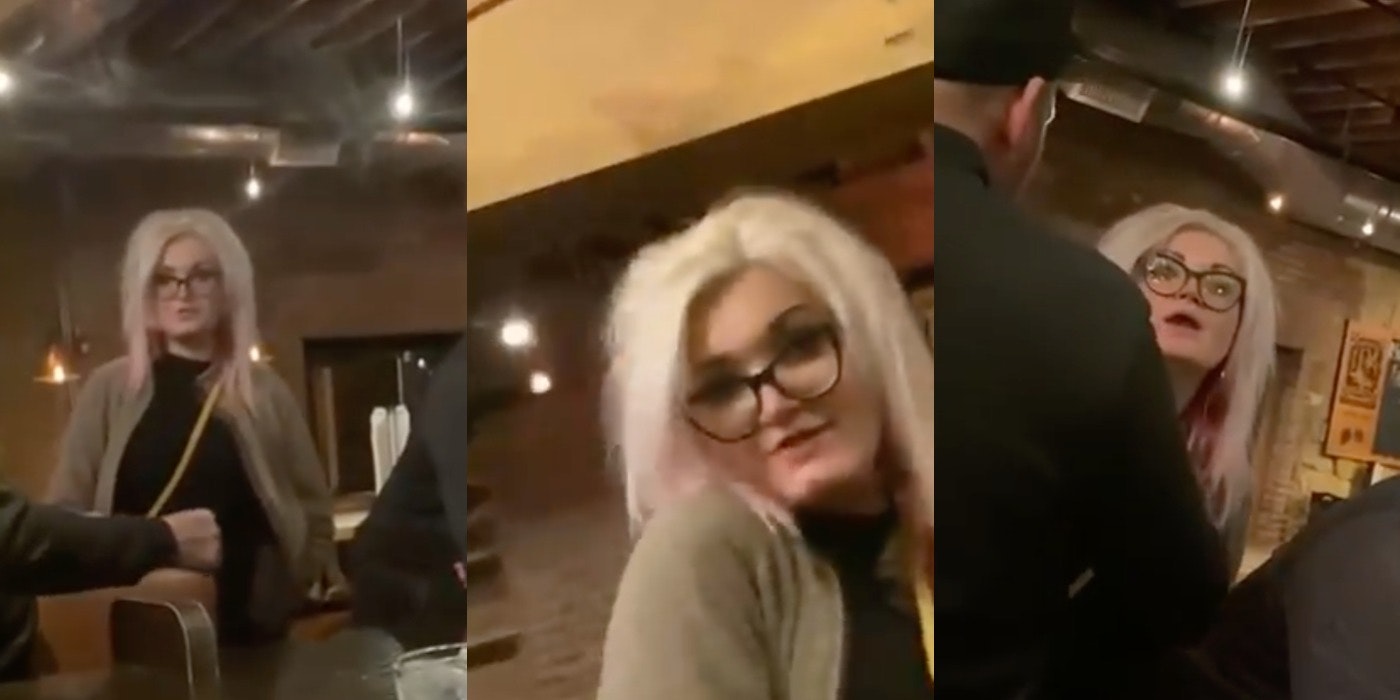 A viral Instagram video shows a woman dubbed a “Racist Karen” telling two Indigenous women to “go on to your reservation” and calling them “rez bitches.”

Sunny Red Bear-Whitcombe (@sunny_redbear), an Instagram influencer with more than 39,000 followers, recorded the altercation with the woman in Murphy’s Pub & Grill in Rapid City, South Dakota.

“Last night this woman came up and started calling my friend @chynnanl and myself ‘Rez bitches,’ ‘ugly,’ and saying ‘go back to your reservation’ for about 5 minutes while we were just waiting for fried pickles,” Red Bear-Whitcombe wrote in the video’s caption. “Luckily, we were able to get it on camera.”

After her friend takes a set, Red Bear-Whitcombe tells her that the woman had been calling them “rez bitches.”

“They’re ugly. You’re so ugly,” the woman says as she peers over the man trying to hold her in place. “Go on your reservation.” The man hugs her from behind in an apparent attempt to calm her down.

Eventually, an employee asks the woman to leave.

“She isn’t worthy of licking your boots!!” user @superdupe_sheche says. “You handled it very well, a lot better than I would’ve, that’s for sure.”

The lack of masks and casual racism in the video were also noted. Racism has historically been a contentious issue in South Dakota. One Twitter user called the state “the Mississippi of the north.”

Others referred to Rapid City as “Racists City.”

“As you can see, it’s still living up to the name,” user @ggrimoires tweeted. “Also, there’s no mask in the video because our governor is incompetent on what she’s doing half the time so there’s no mask mandate.”