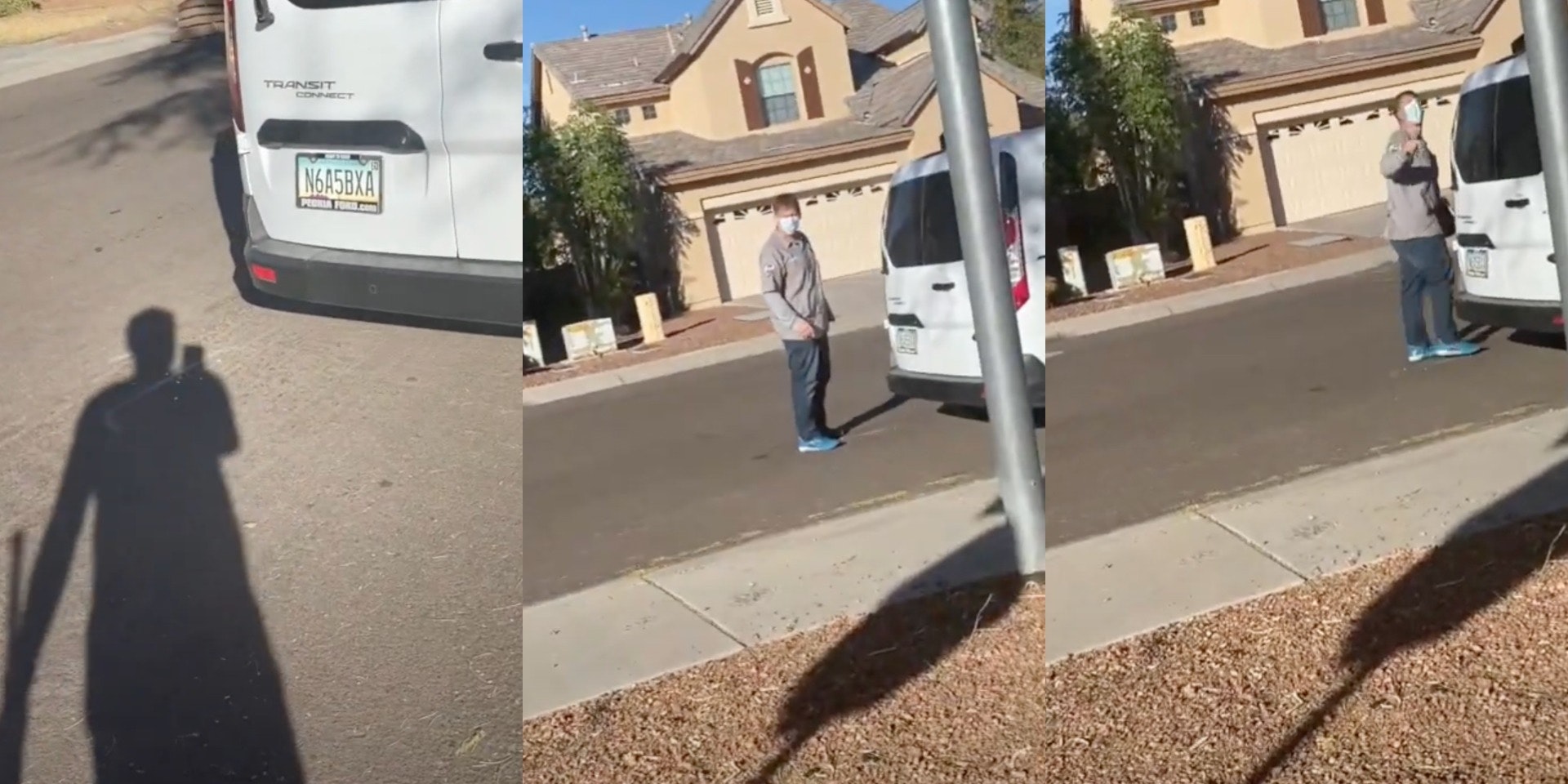 An Arizona repairman was recently caught on video threatening to beat a Black customer “like a fucking slave.”

The incident took place on Jan. 20 when Ricky Barnes, an Air Force veteran living in Avondale, Arizona, called an employee, identified only as “Peter” from J&H Microwave and Appliance Repair, to take a look at his broken refrigerator, the Phoenix New Times reports.

In the description for the video he uploaded to YouTube, Barnes said the repairman refused to fix the fridge because it was in his garage. He allegedly became “irate and loud” as Barnes insisted that his fridge was still under warranty and demanded multiple times to call his warranty company.

Barnes told the repairman leave his house and threatened to contact the warranty company to complain. As Barnes escorted the man from his property, the repairman began making threats.

When the repairman allegedly told Barnes, “I will kick your ass,” Barnes grabbed a loose shower curtain rod from his garage for protection. He also began filming the altercation on his phone, though the first part of the upload only provides audio.

In Barnes’ video, the repairman can be heard saying he will “beat you like a motherfucker.” Moments later, he transcends to a new level of racist, threatening to beat Barnes “like a fucking slave.”

Shaken by the repairman’s blatant racism, Barnes lets out a stunned, “Oh, wow.”

Thankfully, Barnes keeps his head and captures the license plate on the repairman’s company vehicle. But when he nears the truck, the repairman threatens him again. This time, the video is working, and the repairman can be seen menacing Barnes.

Nose poking out from the top of his mask, the repairman demands to know what Barnes intends to do with the pole. Barnes reminds him that he is on his own property.

Barnes has since partnered with the local chapter of the NAACP to request action be taken against the repairman and J&H Microwave and Appliance Repair. After he called the company demanding answers, he filed a police report.

According to Barnes’ attorney, the repairman’s actions can be considered a hate crime, but thus far no charges have been brought against him.

“No one should ever have to experience a racial attack within their own home,” Barnes told reporters. “This individual should not be on the streets today. He has been a menace to society, not only that day but for many years since this timeframe.”

Several one-star reviews on Yellow Pages from 2013 and 2014 describe J&H employees as rude and difficult to work with. One reviewer called their experience the “WORST service I have EVER received in my life with any business.”

The company has also been flooded with one-star Yelp reviews over the past week. A notification on the J&H Yelp page reads, “This business is being monitored by Yelp’s Support team for content related to media reports.”

No one was injured during the argument between Barnes and his repairman. Avondale police have tracked the repairman down, but he “refused to give police his full name,” ABC15 reports.

The post Video shows repairman threatening to beat Black customer ‘like a f*cking slave’ appeared first on The Daily Dot.