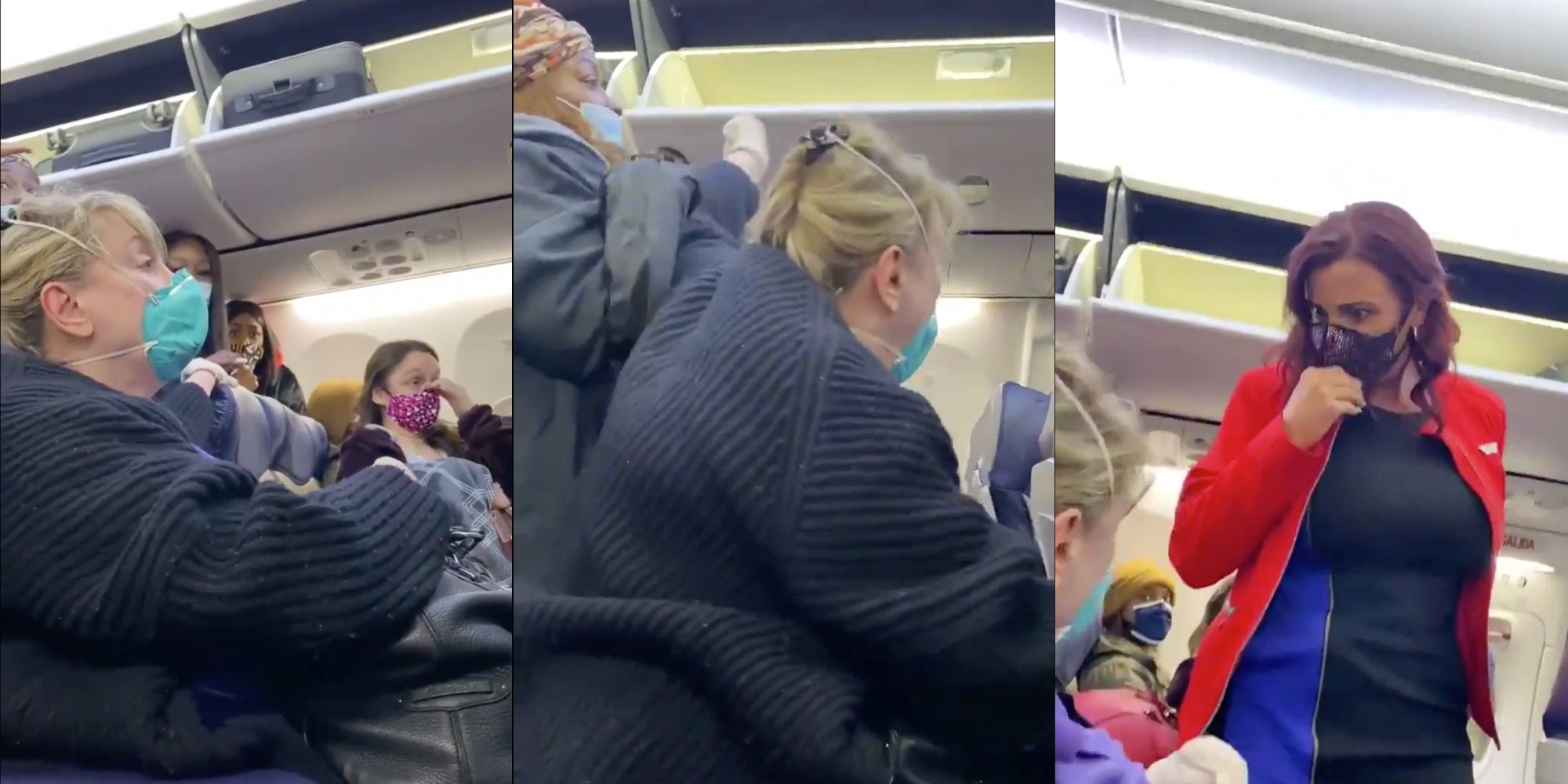 After she refused to exit a commercial airplane, a white woman screamed and pretended to be attacked by a Black passenger walking past her. Twitter users called the unknown woman a “Karen” and made memes about the incident.

The 36-second video, which was posted on Twitter on Saturday, shows a woman sitting in an aisle seat of a plane that appears to have landed. The woman extends her arm through the aisle, blocking other passengers from passing through. The flight attendant asks the unidentified woman if she’s “going to get off the aircraft or … sit there and scream?”

The flight attendant questions the woman as other passengers watch. As the attendant speaks, a Black passenger standing behind the woman says she has to use the restroom and that she needs to “get off of here.” The passenger attempts to say something else to the white woman before pushing through to get past her arm.

“You get out of here,” the woman says.

“Excuse me, I work here ma’am,” the flight attendant fires back. “Get off the aircraft, please.” As the video ends, the woman gets out of her seat and appears to exit the plane. The video accumulated over 176,000 likes and over 31,000 retweets on Twitter.

Some commenters made memes about the flight attendant’s response to the woman’s screaming, and others pointed out bystanders’ reactions. Many commenters speculated about the backstory of the video.

One commenter inserted the woman’s scream into BeatKing’s sing “Then Leave,” which has grown popular on TikTok.

The post Video: White woman screams on plane, pretends that Black passenger injured her appeared first on The Daily Dot.

Save money, waste less, and help thy neighbor in your local ‘Buy Nothing’ group
Internet pranksters are trying to hold URLs for 2024 candidates hostage
Advertisement