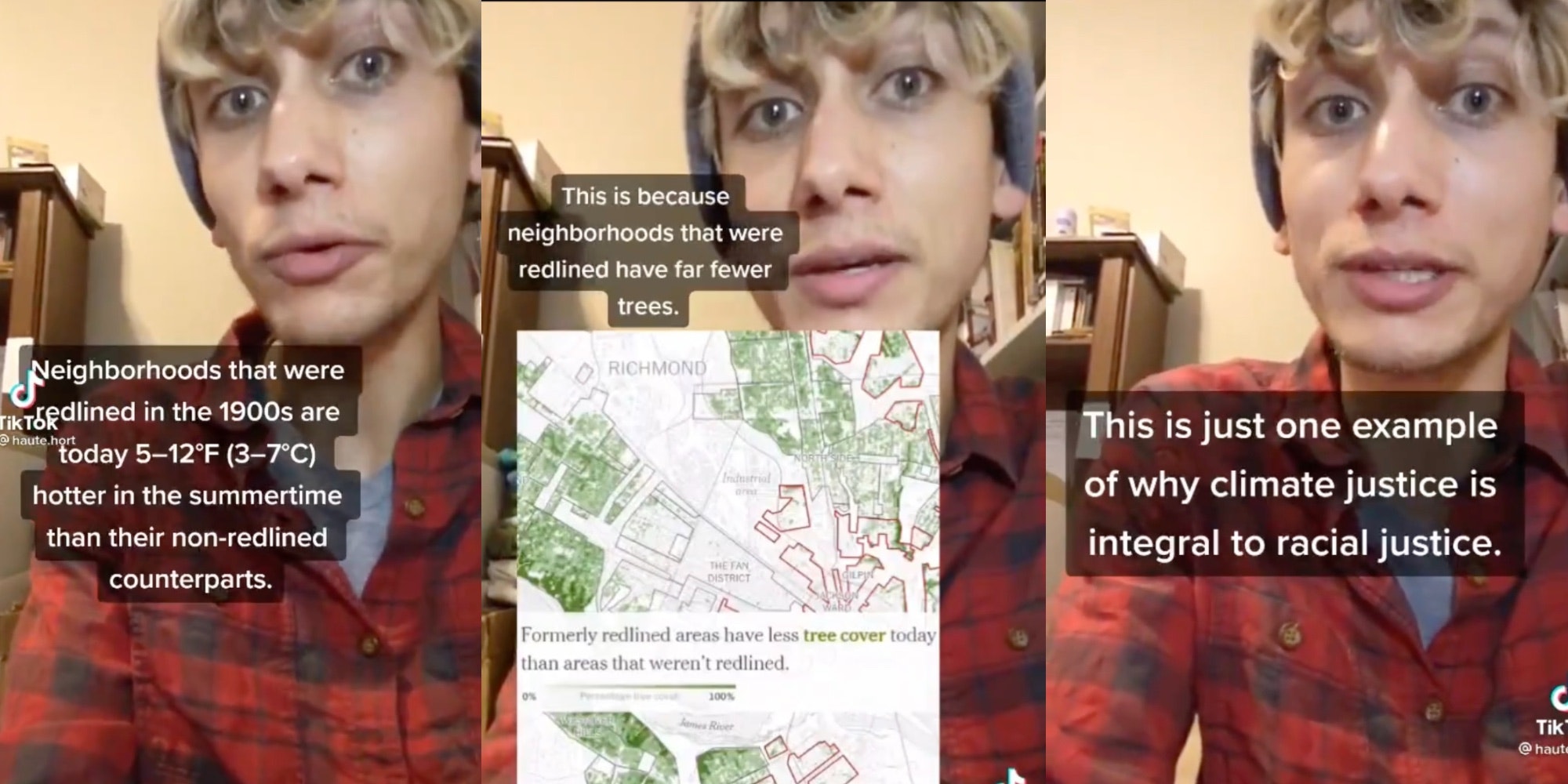 Racism is in the air—literally.

A TikToker proved this to be the case in a viral video in which he describes how neighborhoods impacted by redlining—or the systematic refusal of services based on factors like race—have higher temperatures than other neighborhoods.

The user, @haute.hort, created the video as part of a trend in which users call on other TikTokers to describe statistics that “live rent free in [their] heads.”

“Neighborhoods that were redlined in the 1900s are today 5 to 12 degrees hotter in the summertime than their non-redlined counterparts,” @haute.hort states at the beginning of the video.

The user says this is because redlined neighborhoods have fewer trees, which help reduce heat by providing shade and moisture to the surrounding air through evaporative cooling.

The user adds that redlined neighborhoods are still affected by this practice and still need trees planted because trees take years to fully mature.

“This is just one example of why climate justice is integral to racial justice,” @haute.hort says at the end of the video.

The video, which was reposted to Twitter by user @s.leeannn18, gained over 129,000 likes and 2.1 million views on the platform.

Racist housing practices dating back to the 1930s prioritized investment in white neighborhoods. A recent study found that in 108 urban areas nationwide, formerly redlined neighborhoods were hotter by up to 13 degrees, according to NPR.

The TikToker’s call for environmental justice has been part of a larger conversation aimed at broadening the demand for racial justice. The issue has made it to the president’s desk; on Inauguration Day, President Joe Biden signed an executive order aimed at implementing more equity and environmental justice across the government, according to InsideClimate News.

The post Viral TikTok explains how segregation affects the weather appeared first on The Daily Dot.