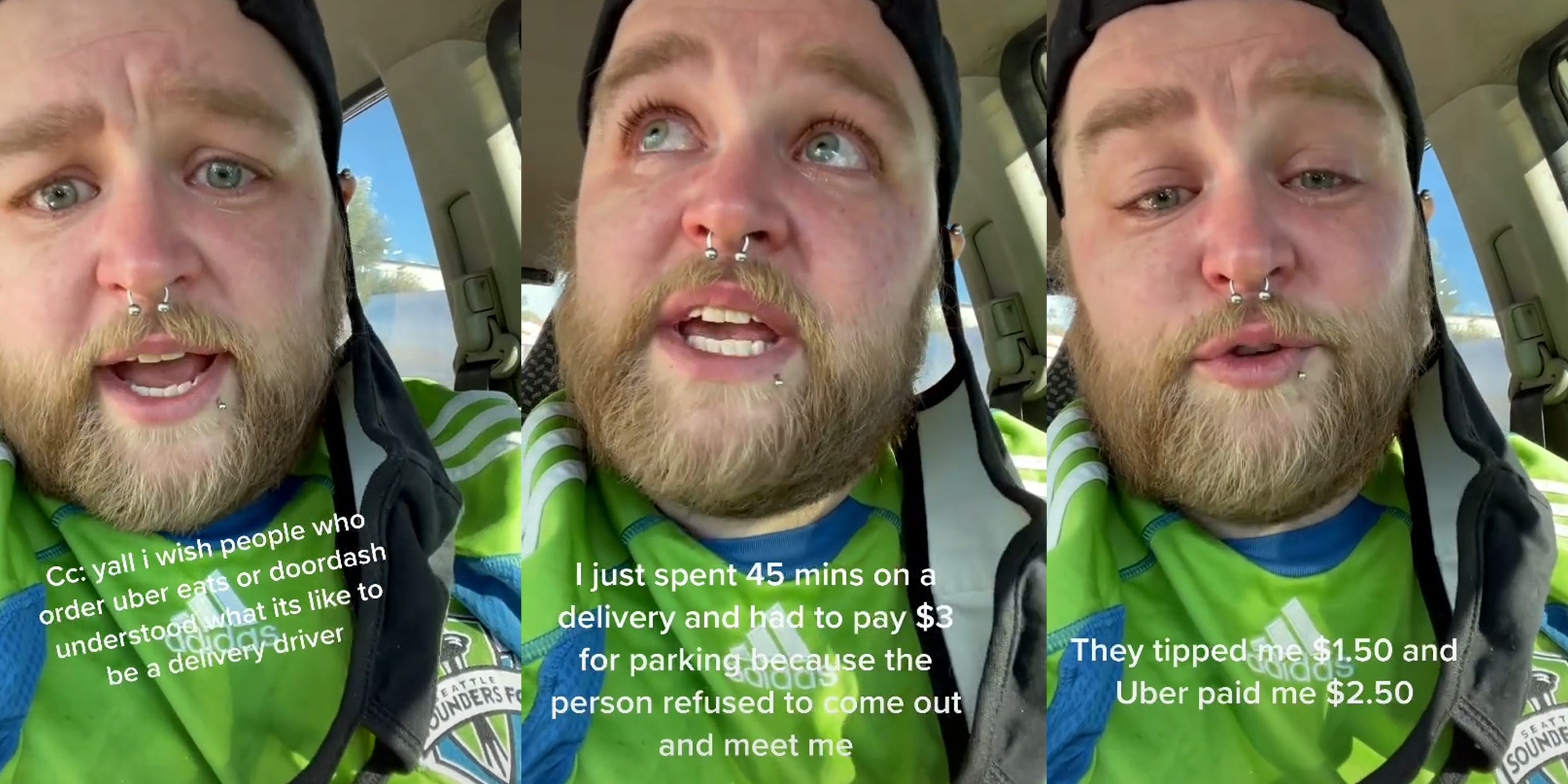 A viral Tiktok exposing the reality of life for the delivery drivers working for gig economy companies like Uber Eats has gone viral, sparking a debate on Twitter and a call for those companies to appropriately pay their workers.

TikToker Riley Eliot (@livefreestudios) wasn’t expecting to go viral when he made his video this week detailing the last eight months of sleeplessness, food insecurity, and repeated homelessness working as a delivery driver for Uber Eats and DoorDash. With only 9 followers—all real-life friends—the chances of anyone seeing his TikTok video were slim. Nonetheless, at the end of a 45-minute order which landed him only a dollar in earnings, Elliot sat in his car and made a tearful plea for customers to properly tip their drivers.

Most were instantly on his side, saying that if you can’t afford to tip your drivers you have no right to be using their labor to bring you food.

But some took exception to his blaming the customers, placing the blame solely on the companies for forcing the drivers to rely off tips.

Many, however, pointed out that it’s entirely possible to do both. While we should be holding these companies accountable and pushing for change, until that happens, it’s on the people using the service to make sure they pay the actual provider, via the medium of tips, instead of just the company.

Elliot later posted an update video to “take back” laying all the blame on the customers for not tipping, or not tipping enough. In the video, he specified that the companies who choose not to pay their drivers and other servers or gig workers a living wage hold the lion’s share of the blame. He went on to say that this is a product of the culture around service work in America, and that the expectation that service workers make most of their money off tips has to change.

As for Elliot himself, since his video took off, he’s been flooded with donations from people wanting to help out. Enough donations have come in that he and his partner have been able to secure housing, pay off some of their bills, and help out a friend in similarly dire financial straights. They then used the extra money to buy blankets and food for the local homeless population.

It’s the kind of story that often ends up being written up as a feel-good piece, and both Elliot and the people donating to him have done undeniably good things. However, given that none of this would have been necessary if Elliot had simply been paid a living wage to begin with, it’s just yet another example of ordinary people having to step up to fill the gaps in a broken system.

The Daily Dot has reached out to Elliot and will update this article if he responds.