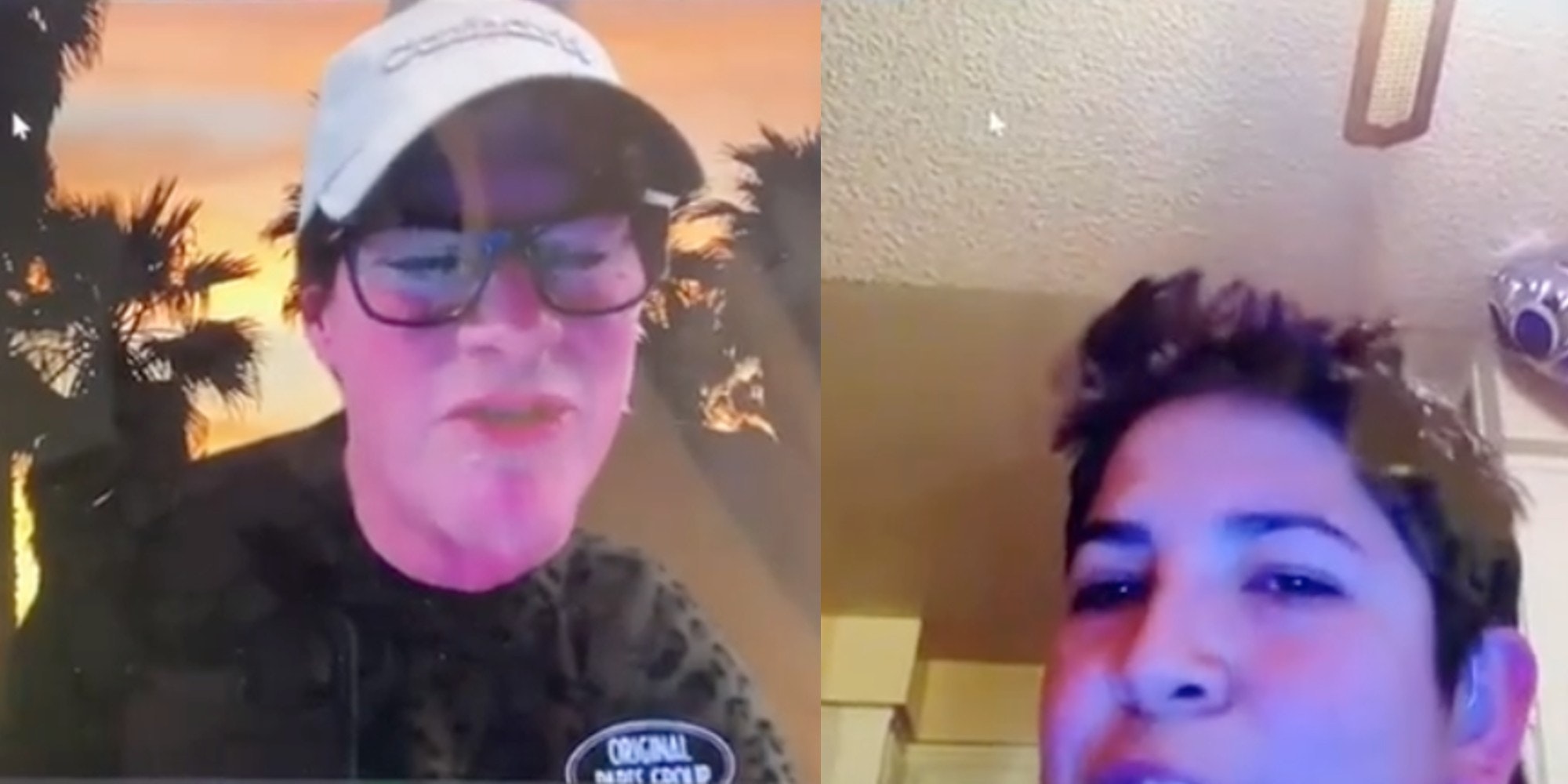 An academic in California is under fire after a viral video showed him berating a hearing-impaired student during a class over Zoom.

The footage, posted to TikTok on Friday, shows Oxnard College Professor Michael Abram accusing a student referred to as Miss Salazar of purposely ignoring him.

When Salazar responds by stating that she can only hear Abram a “little bit,” the professor once again lashes out.

“You can hear me a little bit?” Abram snaps. “Why didn’t you answer all the times I spoke to you then?”

Abram goes on to ask Salazar to send him an email so the pair can “have some real communication” in a private Zoom call with her counselor.

The exchange is interrupted by another student named Abygail who attempts to defend Salazar. Abygail points out that it takes time for Salazar to respond given that she relies on a translator to help her in class.

Abram replies by shooting down Abygail’s statement, arguing once again that Salazar is “not paying attention.”

“She’s not trying,” Abram says. “Are you her translator, Abygail?”

As Abygail makes further attempts to explain her classmate’s limitations, Abram for a second time asks Salazar to have her counselor reach out to him.

“You’ve got too much distraction to even understand what’s going on,” the professor says.

In a second TikTok video, Salazar is seen explaining to Abram that her translator is sitting next to her and doing their best to explain the lesson.

Abram, in return, tells Salazar that her translator should teach her the class instead before accusing her of “laughing and smiling and giggling with somebody else.”

In a third video documenting the incident, Salazar finally pushes back by accusing Abram of attacking her for no reason.

The college responded just hours later in a statement on its website.

“The Ventura County Community College District became aware of an incident with a faculty member at one of our colleges. The District is responding immediately and has initiated an investigation,” the statement reads. “VCCCD Board of Trustees and leadership at Moorpark, Oxnard, and Ventura colleges honor, respect and will protect the rights and challenges of everyone.”

Abram has since been placed on administrative leave while the incident is investigated.