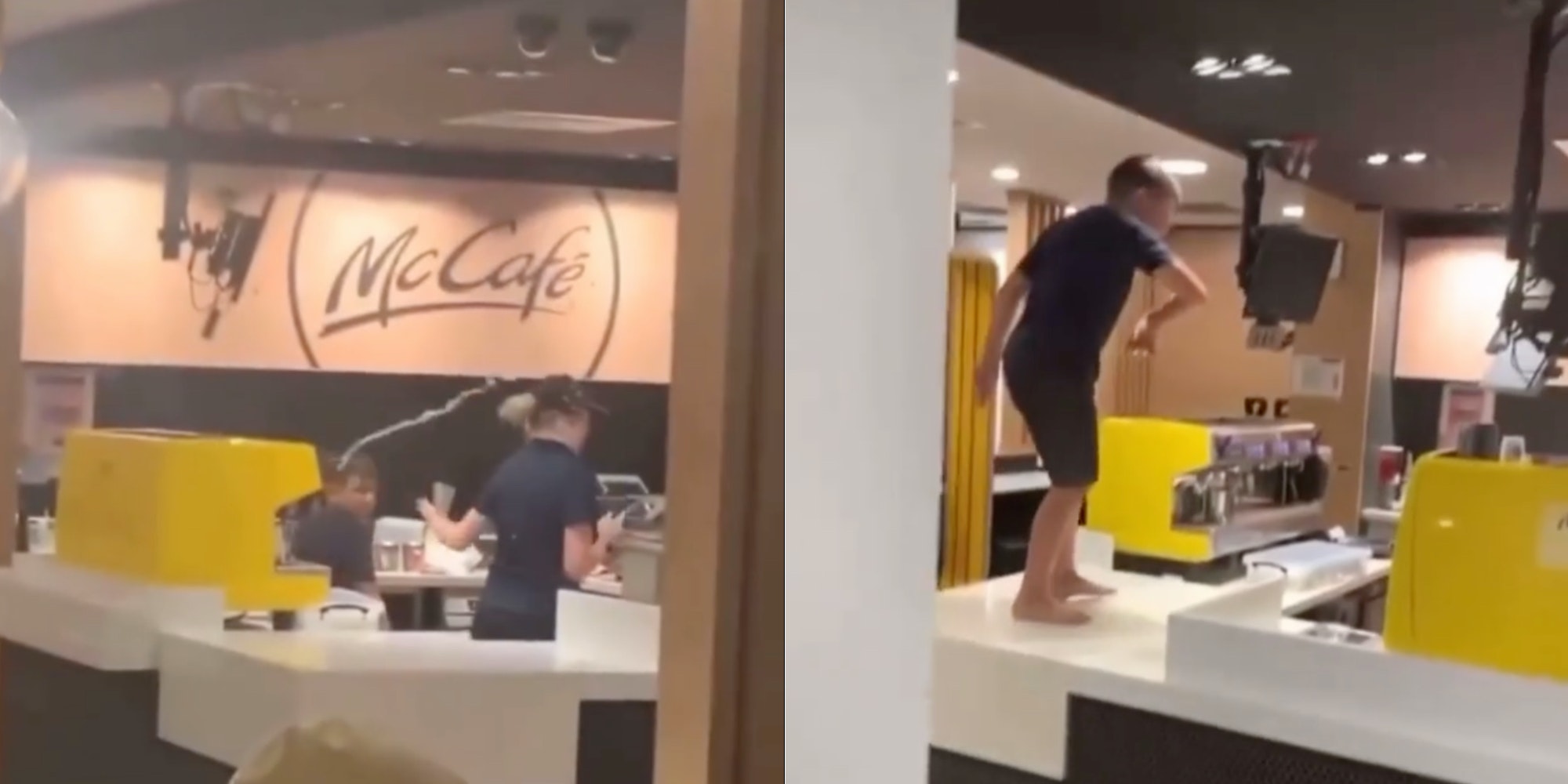 A young child’s tirade toward a McDonald’s worker has gone viral after the confrontation was filmed and uploaded to Instagram.

The video shows a child throwing a milkshake at the worker—who appears to be trying to calm him down. He walks away and then throws a cup at her.

The video then cuts to the boy standing on a counter barefoot. A staff member in the background is seen looking on.

After a few seconds, a bystander grabs the boy by his shirt and pulls him down. The man then escorts the boy of the restaurant.

It’s not immediately clear what McDonald’s location the video was shot at or when it was taken. Once the video of the altercation was posted online, however, commenters were quick to call the child a “brat” and “feral.”

A McDonald’s spokesperson told 7NEWS.com.au the incident was referred to authorities who attended the store. As it was subject to a police matter, the spokesperson said they were unable to comment on the specific incident.

“The safety of our employees and our customers is our number one priority and we do not tolerate any form of anti-social behaviour in our restaurants,” she said.