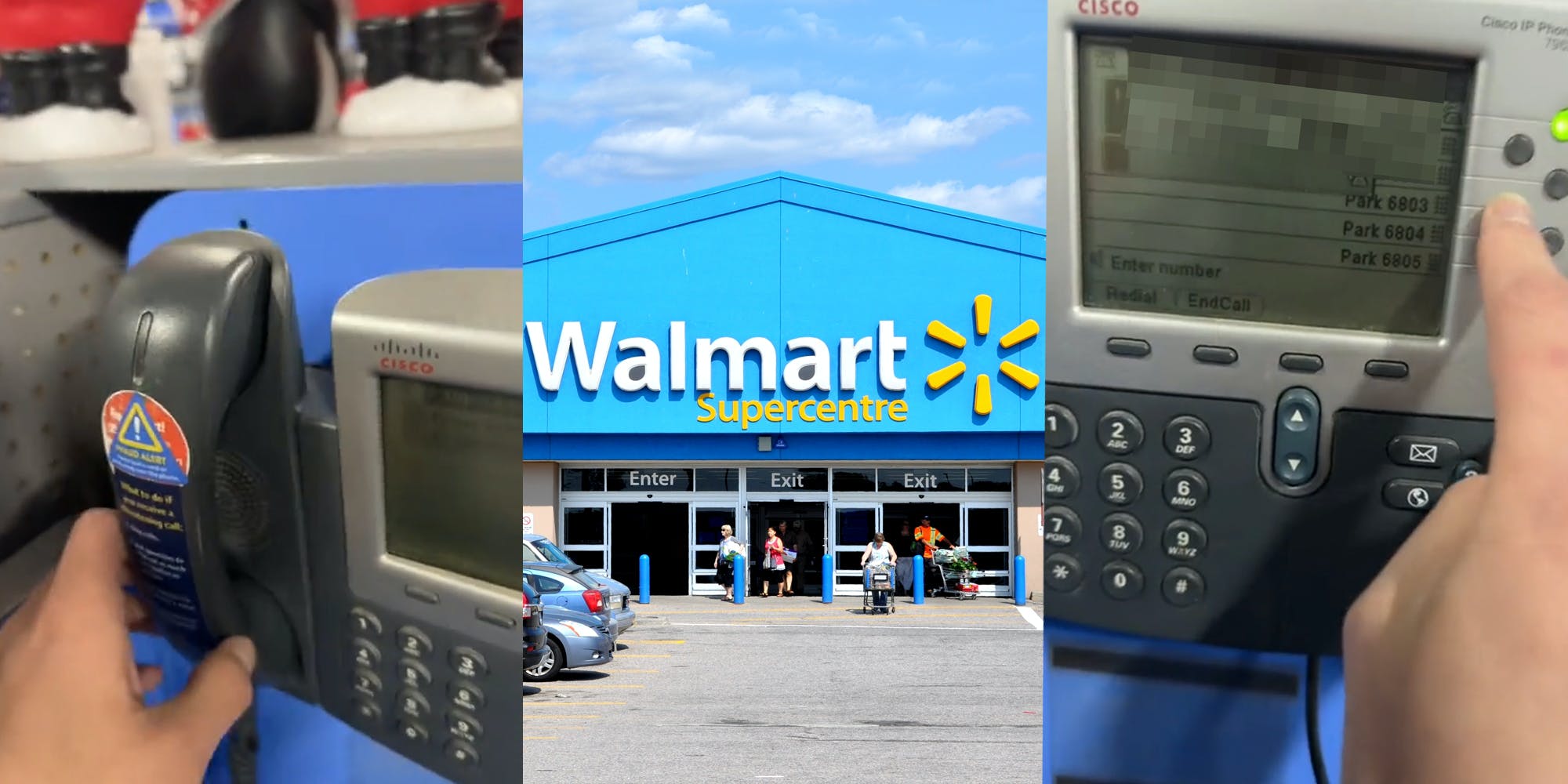 It’s a busy time of year for stores, and sometimes, that means that there’s no one around to take a customer’s phone call. Not on TikToker Irvin Arias’ (@irvinariass) watch, however.

After hearing a phone ringing for “ten minutes” while shopping at his local Walmart, Arias resorted to answering it himself—and managed to give pretty good customer service for a store he doesn’t even work in.

His video has garnered over 5.6 million views since it was shared on Dec. 10.

As he approaches the phone and picks up the call, the TikToker switches into a classic customer service voice.

“Thank you for calling Walmart. How can I help you?” he says.

The customer then explains that they were missing some items in their grocery delivery.

“Let me see if I can get someone to help you out, one second,” he says.

Arias then quickly figured out how to transfer the call to another department on the switchboard-style phone—with a little bit of help from a note of the store’s extension numbers taped to the side of the phone.

Once he’d hung up, however, his customer service professionalism vanished. “Walmart, hire me, bitch,” he says.

Arias then gave off a gremlin cackle, celebrating his success with a proud, “I did it!” as he fled the scene of his illicit helpfulness.

Viewers were impressed, especially with how he managed to figure out Walmart’s phone system on the fly.

Several even called on Walmart to find Arias and hire him.

However, despite the caption that Arias’ slapped on his TikTok (“walmart needs to hire me B*ITCH”), it seems unlikely he’d actually take them up on any offer of employment.

“Heck no! you will never see me working for walmart lol,” he stated in a comment on the video.

Still, to some TikTokers, he’s employee of the month.

The Daily Dot has reached out to Arias via TikTok comment for further information.

The post ‘Walmart, hire me’: Customer answers store’s phone when no employees are around appeared first on The Daily Dot.