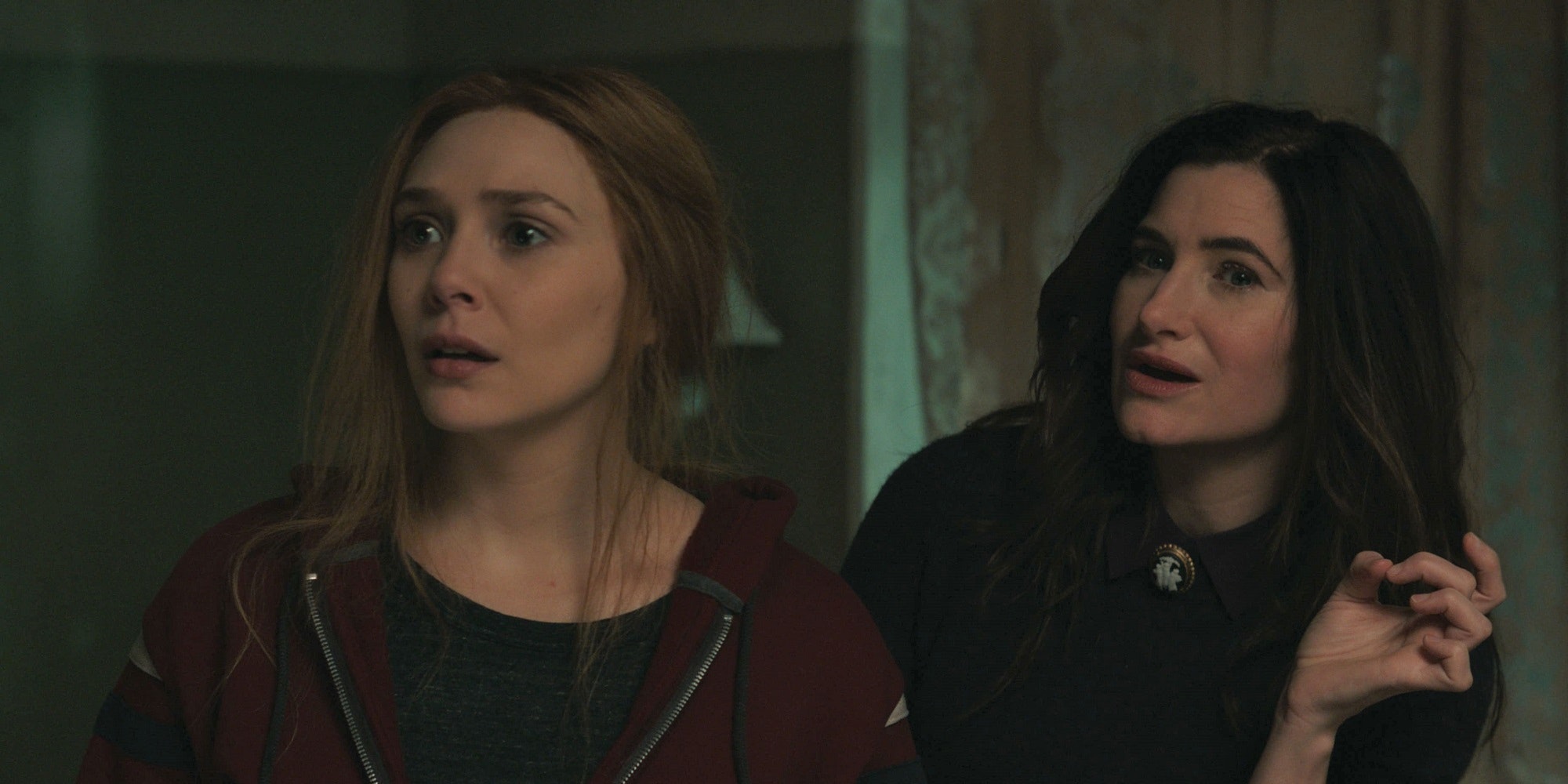 WandaVision episode 8 was, conceptually speaking, not quite as interesting as earlier episodes. But if you’re invested in the intricacies of the MCU canon, it was a major upheaval.

Until now, WandaVision‘s sitcom hijinks have given Elizabeth Olsen and Paul Bettany a chance to flex their acting muscles by combining vintage comedy with a hint of eeriness. WandaVision episode 8 was a more conventional Marvel drama, as Agatha Harkness (who is apparently over 300 years old?!) took Wanda on a trip down memory lane.

Wanda’s original MCU backstory is pretty perfunctory. She and her twin brother Pietro are orphans from Sokovia, a thinly-drawn Eastern European country. Their parents were killed by an unexploded Stark Industries warhead in the late 1990s, adding to the trauma of growing up in a war-torn nation. As adults, Wanda and Pietro join an extremist organization and volunteer for experiments that give them superpowers. But this week’s WandaVision gave us a new view of those events. Shepherded back through these traumatic memories by Agatha, we learn that Wanda wasn’t given superpowers by those experiments. She already had them.

Wanda is almost unfeasibly powerful—something that the movies never fully explored, and Wanda herself barely seems to understand. She managed to create two children and bring Vision back from the dead without even knowing how she did it. Her sitcom illusions prove that she can rewrite reality, a power that Agatha clearly wants for herself.

Once Agatha understands the truth—that Wanda is a powerhouse who doesn’t understand her potential—she puts a name to Wanda’s abilities: The Scarlet Witch. This is, depending on your outlook, either an exciting revelation or kind of a letdown compared to WandaVision‘s more sophisticated moments. Basically, it reframes the whole show as a soft reboot of Wanda’s origin story. Rather than receiving her magic from Hydra, Wanda’s magic is an innate talent that was amplified by Loki’s sceptre. There are definitely some thematic similarities here with Jean Grey’s Dark Phoenix arc in the X-Men comics, something that disgruntled X-Men fans have already pointed out about Wanda’s role in the MCU.

This is also the first time we’ve heard Wanda’s superhero moniker uttered onscreen. Agatha frames “Scarlet Witch” as an official title for a super-powerful master of “chaos magic,” which in Marvel canon basically just means… really powerful magic. The implication is that before now, Agatha thought the Scarlet Witch was a myth. Anyway, this seems like a lot of effort to give a “serious” explanation for a nickname that fans were already using, but that’s comic book media for ya.

With one episode left to go, this provides a solid foundation for Wanda to have a meatier role in future MCU projects like Doctor Strange in the Multiverse of Madness. But one can’t help but hope the finale will focus more on the story at hand, rather than leaning so heavily into MCU canon info-dumps.