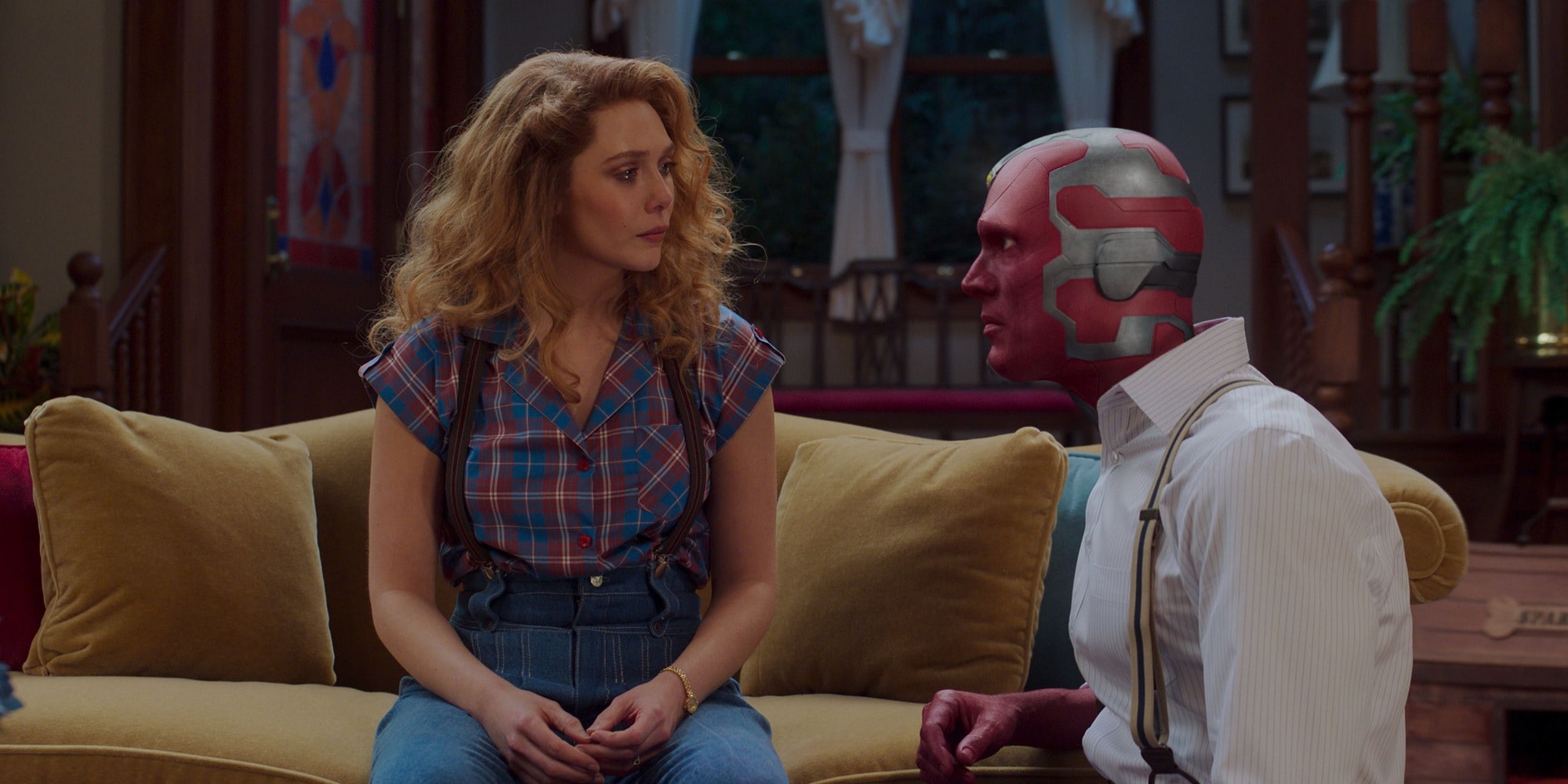 This article contains spoilers for episode five of WandaVision.

Elizabeth Olsen recently teased fans with news of a big-name cameo in WandaVision, and oh boy, did the show deliver.

At the end of episode five, Wanda was reunited with an important character from her past: her brother Pietro Maximoff, aka Quicksilver. The twist is, it’s not actually her brother from Avengers: Age of Ultron, played by Aaron Taylor-Johnson. It’s the version of Quicksilver we saw in the X-Men franchise, played by Evan Peters.

The existence of two separate Quicksilvers is a weird quirk of Hollywood deal-making, since the film rights to the Marvel superhero pantheon were (until recently) divided between Disney (the MCU), Sony (the Spider-Man franchise) and Fox (X-Men and the Fantastic Four).

Quicksilver is one character who could exist in two of those bubbles at once, because he and Scarlet Witch (aka Wanda) have an ambiguous Marvel canon backstory. Sometimes they’re Magneto’s mutant children, and sometimes they’re non-mutant superheroes. In the MCU, they have a HYDRA-related backstory. In the X-Men movies, Quicksilver is Magneto’s estranged son, and he doesn’t have a sister.

The two Quicksilvers debuted within a year of each other, in X-Men: Days of Future Past (2014) and Avengers: Age of Ultron (2015). But the MCU version was swiftly killed off, becoming a tragic prologue for Wanda Maximoff’s continuing role in the franchise.

As for WandaVision, the tone is getting more and more unsettling. While the first three episodes presented a charming, upbeat image of Wanda and Vision’s suburban sitcom life, that world has now been disrupted by outsiders—SWORD agents like Monica Rambeau, attempting to investigate Wanda’s magical sitcom universe.

At the same time, Vision is starting to realize something’s wrong. He notices people behaving strangely in his neighborhood (because, well, they’re acting like sitcom characters), and he’s begun to point out the weird passage of time. Vision and Wanda’s twin sons aged a decade in just one episode, and the family adopted a dog that died within a day, prompting a 1980s sitcom-style conversation about the permanency of death.

This all ties into the central theme of grief, since Wanda seems to be creating this whole universe so she can have a happy family with Vision—who is, of course, dead. Supposedly.

These issues came to a head in the final scene, where Vision confronted Wanda and demanded to know why he doesn’t have any memories before their life in Westview. At a crucial moment in their conversation, the doorbell rings—but Wanda is genuinely surprised, meaning that their visitor isn’t part of her sitcom plan. When she opens the door, it’s Pietro. The wrong Pietro. Playing the role of audience stand-in, Darcy Lewis—who is watching the broadcast from a SWORD outpost—exclaims that Wanda just “recast” her own brother.

The dual Quicksilver situation is a gift to a show like WandaVision. Bringing back the original Pietro would be much less interesting, because the show already includes one storyline about Wanda resurrecting a dead loved one. We don’t need a tearful reunion with Taylor-Johnson’s Pietro. But introducing Peters is a genre-savvy crossover event, raising questions about what Wanda’s sitcom universe actually is. This episode already emphasized the idea that Wanda is extraordinarily powerful, and Westview isn’t just an illusion—it is, in some way, “real.”

After WandaVision, Olsen will have a key role in Doctor Strange in the Multiverse of Madness, which sounds like it will explore parallel dimensions. Tom Holland‘s next Spider-Man movie will reputedly do something similar, featuring cameos from previous Spider-Man actors. So while the MCU is currently a universe with a relatively straightforward canon, Disney will soon open things up to a more flexible multiverse like we see in the comics.

Peters’ cameo in WandaVision is Marvel dipping its toe in the water. His role teases the idea of a crossover between the MCU and Fox’s X-Men franchise, without any pressure to introduce the X-Men as a whole—a complicated task that would involve a lot of ambitious new worldbuilding.

Super Bowl prop bets: Odds and how to wager online in the U.S.
Owen Wilson is trapped in a simulation in Amazon’s new sci-fi movie ‘Bliss’
Advertisement