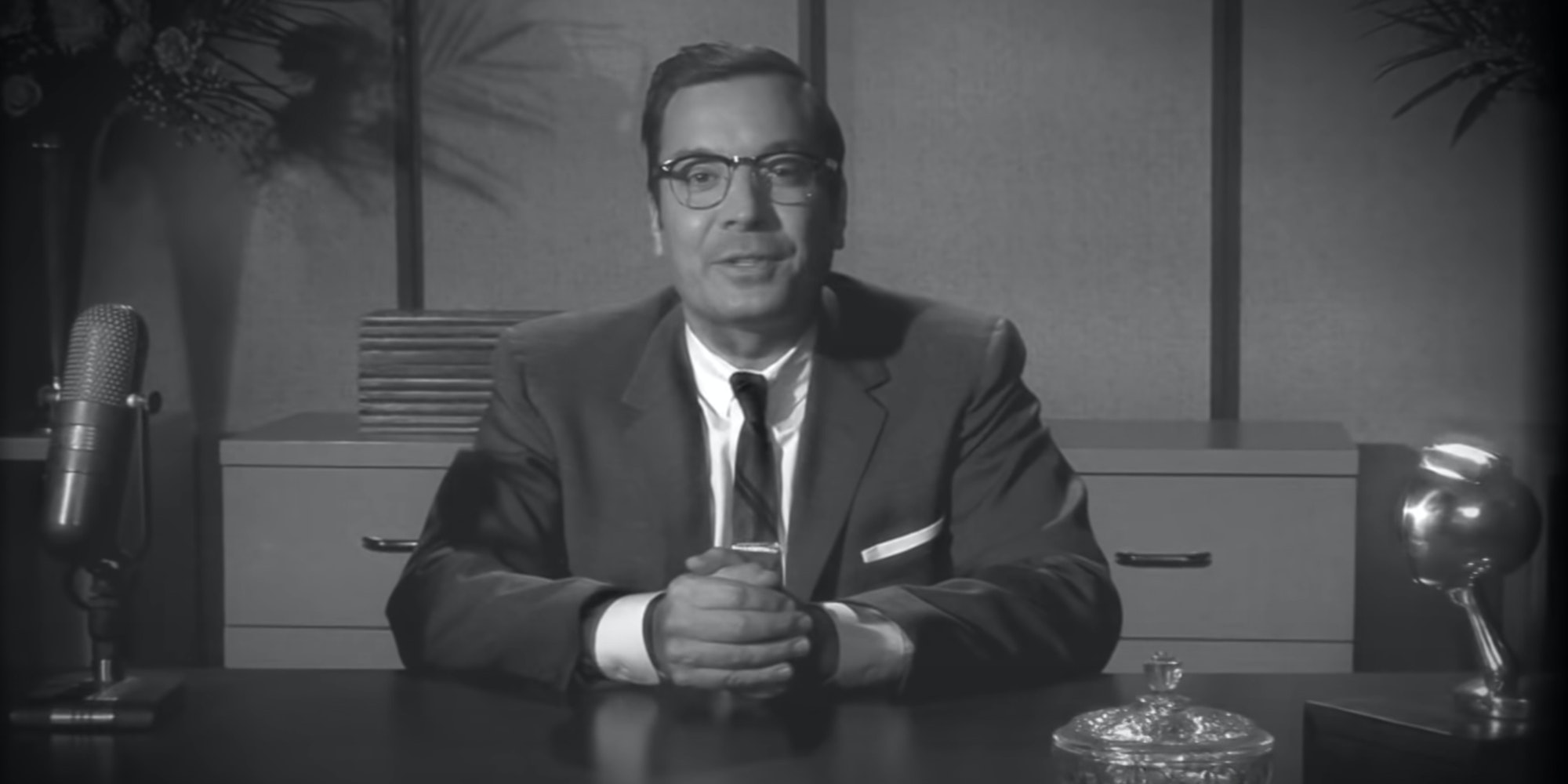 Like the American sitcom, the late-night talk show also has a rich and layered history—one that Jimmy Fallon is leaning into as he taps into his own version of WandaVision.

While The Tonight Show pushed on during the past year of the COVID-19 pandemic, it’s been a very different experience. It meant forgoing a studio for months, and it still hasn’t regained its studio audience. Like Wanda Maximoff, Fallon is using familiar TV tropes and the different pastiches of late-night TV to cope with the constant grief that comes with living through a pandemic.

Taking us—and Elizabeth Olsen—for the ride, Fallon goes from the ’50s, ’60s, and ’70s all the way to today, showing us many of the different iterations that late-night shows like The Tonight Show went through.

You had hosts who were condescending to their female guests, lots of smoking, and a real wackiness to the genre even before you get to Fallon’s love of games; Fallon even nods to his own pre-Tonight Show history. (According to director Chris Tartaro, Fallon channeled host Steve Allen for the first segment, but other iterations were a combination of late-night hosts during those specific eras.)

Olsen, who plays a character who’s only just been forced to contend with the endless trauma that led to the formation of the alternate reality she created, is the voice of reason trying to get through to Fallon. But given the wink and nod to WandaVision’s big twist, there might be more to this late-night world than meets the eye.

The post Watch Jimmy Fallon go through the history of late-night TV with Elizabeth Olsen appeared first on The Daily Dot.