We Are the Union’s Reade Walcott on Reddit memes, queer-centric ska, and trans activism – Nogagames 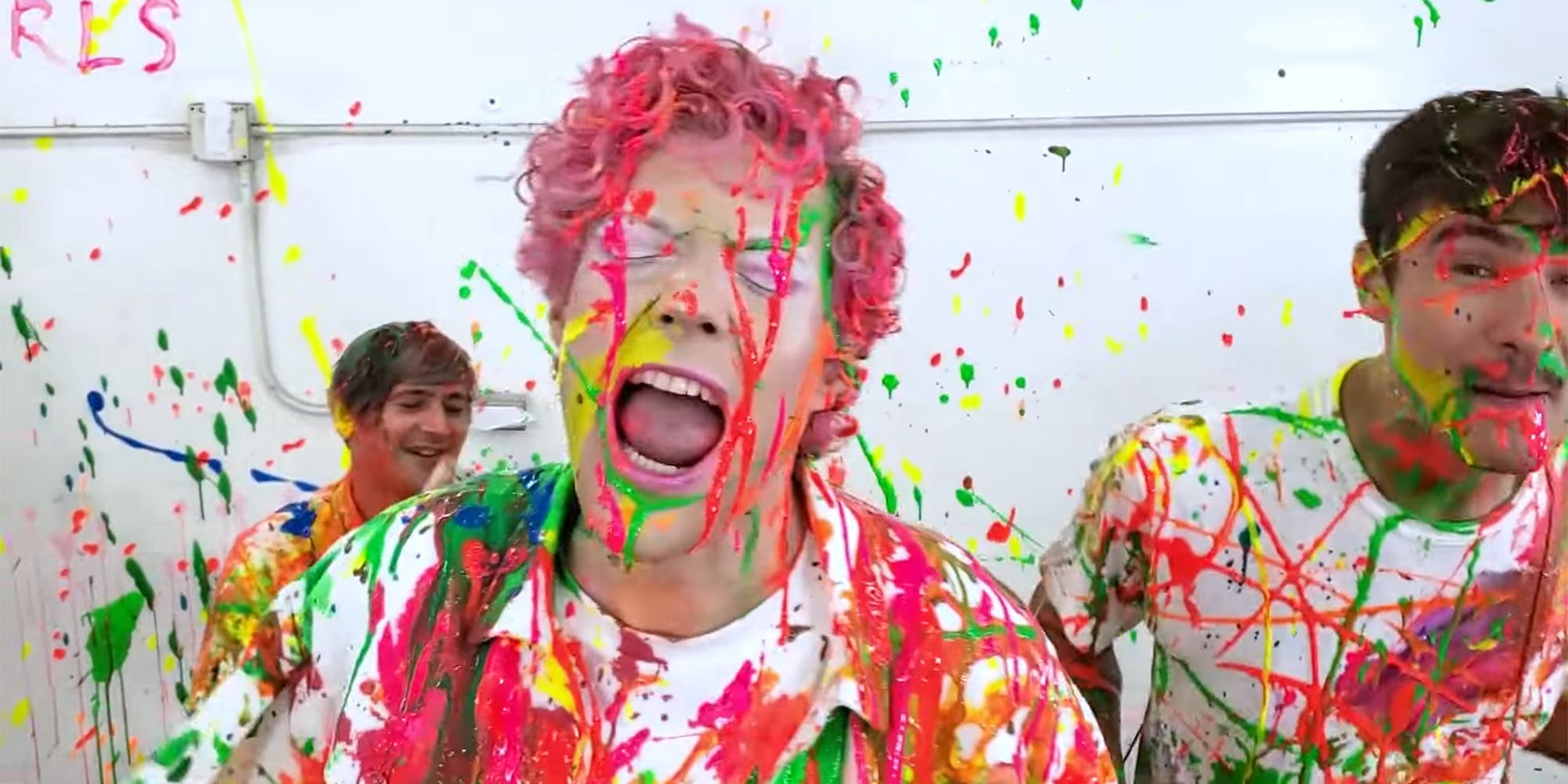 Social media makes Reade Walcott want to “go outside and touch some grass.” But through the internet, the songwriter and lead vocalist of L.A.-based ska band We Are the Union found the tools to understand her gender identity, ushered in a decidedly queer ska revival.

Enter: Ordinary Life, a seamless exploration of Walcott’s gender dysphoria and the band’s fifth album. Since the LP’s release on June 6, its emotional resonance emerged through anecdotes on social media, not just streams. (Though, it’s now on its fourth vinyl pressing, with over 2,000 physical records sold.) Walcott cites one fan who tweeted about listening to “Make it Easy,” a perfectly saccharine queer love song, while telling their crush their feelings. The songwriter made it her mission to introduce her experiences with gender dysphoria through more commonly discussed mental health struggles, something that made the album particularly relatable.

“I think the ultimate goal is for the idea of being queer to be as interesting a conversation as like, ‘I like mustard,’” Walcott told the Daily Dot. “Get rid of all sorts of stigma. The only way that that happens is through normalizing the experience.”

Before the April release of “Morbid Obsessions,” the LP’s lead single, only five people in Walcott’s life knew she was trans. The track’s debut marked Walcott’s coming out to everyone, save for her bandmates, parents, and those who worked on the album. The pandemic allowed her the time and space to take the first steps of her transition, including starting hormone replacement therapy, while avoiding the discomfort of explaining herself to everyone around her. She existed entirely online for a year, and when the time came, she let the music speak for itself.

“I express myself through my art, right?” Walcott said. “That’s how I needed to tell my story, rather than having a series of awkward, bumbling conversations with people over and over again. So, for me, coming out in that moment was actually a really beautiful silver lining inside of a major fucking tragedy.”

Similar to the album, relatability was a tool in Walcott’s understanding of her own gender identity. In 2018, she discovered the r/egg_irl subreddit, a meme page “about trans people in denial.” Many of these memes describe trans experiences with gender dysphoria and end on the same punchline: “still cis tho.” “That was it for me,” Walcott said, “I relate to literally every single thing on this entire subreddit.” As she figured things out for herself, the possibility of purely observational interaction in online spaces is what allowed her to explore queer communities without requiring her participation.

“I think there’s something really magical about that ability to be part of a conversation without even anyone knowing that you’re part of it,” Walcott said. “Watching it happen in front of you and not being the person sitting in the corner of the room, you’re literally just a fly on the wall.”

When Walcott was growing up in Ann Arbor, Michigan, gender identity was not widely discussed. But as she gained more queer friends online, she found the language she desperately needed. “Queer people sharing their experiences relateably on the internet, is what gave me the vocabulary to understand my own feelings,” she said. “It effectively became the conversation that I needed to have when I was a kid, because it just wasn’t something that was talked about back then.”

Walcott is now the one introducing this vocabulary to others. She’s gone from simply managing We Are the Union’s social media accounts to suddenly being a virtual representative for the queer community, particularly in the ska scene. While the pressure that her word might be taken to represent all queer folks can be overwhelming, she returns to a mantra shared by her therapist: “All you can do is the next thing in front of you.” Today, she hopes to be the representation she needed when she was young.

“I take a great amount of comfort in knowing that there’s a possibility that for someone, I may be someone that they need to see, to make them feel valid and to make them feel OK,” she said. “That, to me, those are the moments, even when I’m uncomfortable, that keep me pushing through it.”

But the vocalist attributes the increasing inclusivity of the queer community in the ska scene to her bandmate and creator of YouTube channel Skatune Network, Jeremy Hunter, who’s nonbinary. With almost 200,000 subscribers today, Hunter began uploading ska covers of pop songs online in late 2016 with a cover of “Feliz Navidad,” according to Vice. Walcott cites them as “patient zero,” the originator of the idea that “ska music and the queer experience go hand in hand.”

The shifting conversations of the online world made way for changes in the culture and community of ska, beyond the inclusivity of different identities. Walcott said today’s ska revival is in large part due to the worldwide communication of bands, existing digitally rather than in the venue down the street. “It feels like when the local ska scene in my town exploded 20 years ago or whatever,” she said. Sonic experimentation is more encouraged online too, she said, citing hyperpop-ska artist Eichlers as an example of the unique, post-genre state of music.

But most of all, the new wave of ska centers queer experiences and empowerment, in large part thanks to the internet. “I tried to figure out why so many times, and the conclusion I’ve come to is there’s just no way to explain it,” Walcott said. “Ska is just great queer music.”

The post We Are the Union’s Reade Walcott on Reddit memes, queer-centric ska, and trans activism appeared first on The Daily Dot.

‘He was healthy and alive before the flight’: TikTok shows heartbreaking moment after a woman’s Pomeranian allegedly died during a United Airlines flight
Video: Influencer Taylor Caniff under fire for trying to out Nikita Dragun to men standing near her, making transphobic comments
Advertisement