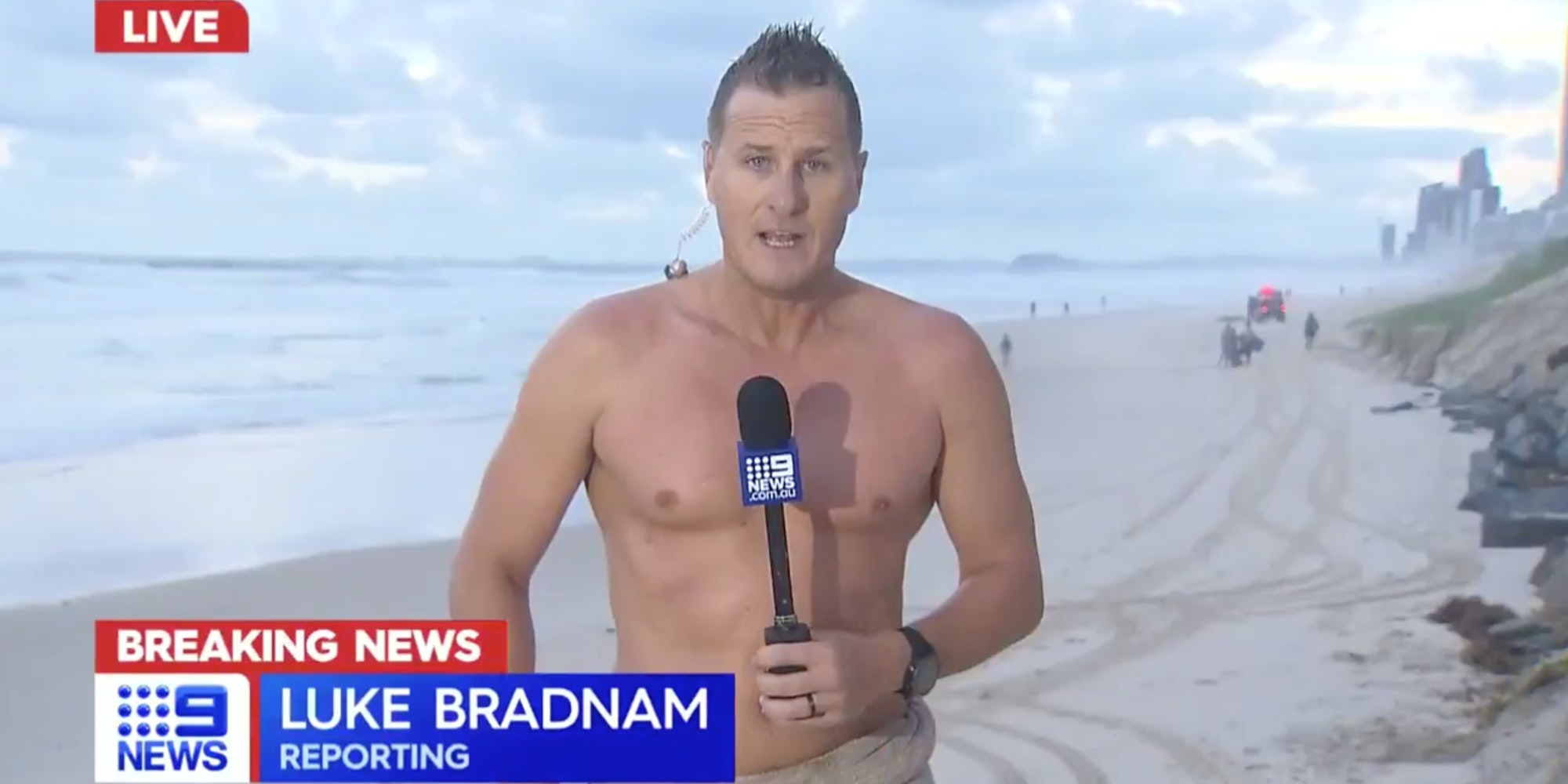 An Australian weatherman helped recover a body from the Gold Coast sea during a live broadcast on Friday.

Luke Bradnam, a reporter for Australia’s Channel Nine, had just finished reporting on the dangerous surfing conditions when a person on a boogie board attempted to alert him to a body in the water—even though his report ended, the camera was still on, according to Insider.

Bradnam told the Daily Mail that, at first, he thought there was a swimmer in distress. “I felt like I had to do something because there didn’t look like there was anyone else around who’d be much good,” Bradnam, who is reportedly a strong swimmer and surfer, said in the interview.

Bradnam jumped in the water and helped recovered the body, which was that of Jake Jacobs, 32.

“I got out there and sure enough, there’s a body face down in the water,” Bradnam said. “The body boarder was looking like he was in shock and I’ve never experienced anything like that. I’ve never seen a dead body before.”

Bradnam and the boogie boarder made their way through a rip, successfully bringing Jacobs’ body back to land. “In the heat of the moment, I thought this is someone’s son, it’s going to bring some closure – we’ve just got to do it,” he told Channel Nine.

Jacobs, A British gym manager, reportedly went missing a day before, on Thursday night. He was last seen with a 29-year-old, and police reportedly believe the pair were skinny dipping. Her body was reportedly later found in the water as well.

The post Weatherman pulls body out of water during live broadcast appeared first on The Daily Dot.