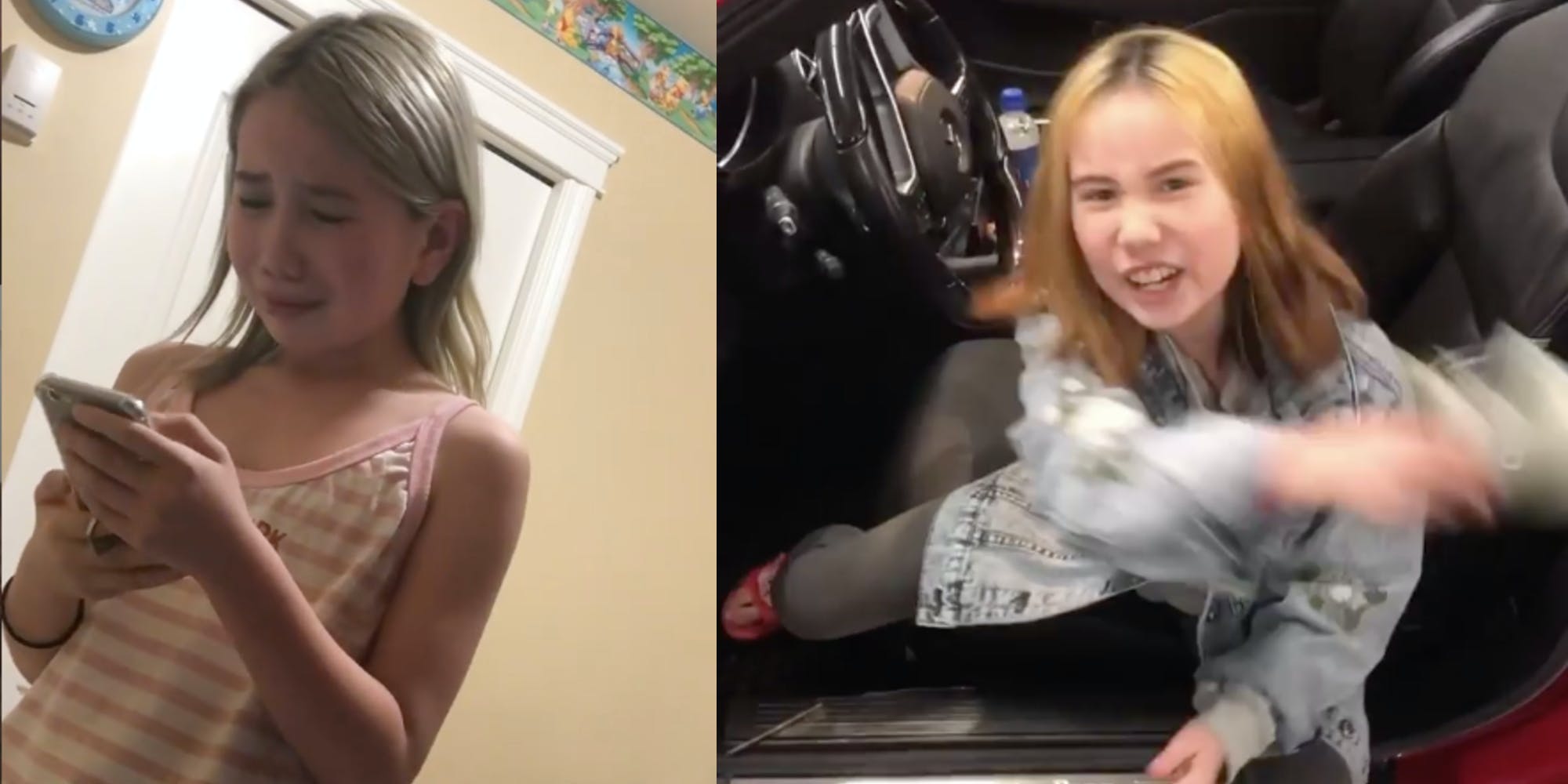 Welcome to the Monday edition of Internet Insider, where we dissect the weekend online. Today:

Breaking her Instagram hiatus of nearly two-and-a-half years, an eerie post on Lil Tay’s Instagram Story left fans concerned after it revealed that “bad news” regarding the 11-year-old influencer was on the way. Several posts on the account popped up by Saturday morning, detailing the alleged abuse Lil Tay has been subjected to. The posts, believed to come from her brother Jason Tian, allege that Lil Tay’s father and his wife have been “physically and mentally (abusing)” Lil Tay “her whole life.”

The Instagram account late Friday posted several photos featuring Lil Tay with red marks all over her back and on her face. “This is what Hanee Hope and Chris Hope did to Tay, they beat her, forced her to watch horror movies, dragged and locked her in a dark closet,” part of the photos’ caption reads.

A GoFundMe was created by Tian to allegedly help fund Lil Tay’s legal fees. The GoFundMe claimed that “Chris Hope is fighting to permanently gain control of her career as well as custody over” Lil Tay. “Tay has no money left to pay lawyers for fighting for her freedom, her father has stolen everything from her,” the post read before appealing to her fans. “You are Tay’s last hope in saving her from a life of abuse.”

Fans remain skeptical, with one saying of the abuse allegations, “I need to hear this come out tays mouth…”

The “Free Lil Tay” movement was reportedly spurred in 2018 by leaked footage of Tian directing the then-9-year-old—who made a name for herself by flexing wads of cash and luxury cars in profanity-laced videos—off-camera. Tian has since addressed some of the skepticism surrounding the abuse allegations and revealed that no one was donating to the GoFundMe.

Catch up on more you may have missed this weekend below.

Make your life easier with a mask subscription for the kids

Keeping a mask on your kids’ faces is about as easy as teaching a cat to fetch. That said, at least if you stock disposable masks you don’t have to lose it when their cloth masks vanish for the 57th time. Armbrust’s child-sized mask subscription will keep your household stocked and save you 30% off the cost at the same time. And with blue, pink, and orange to choose from, you can be sure they’ll never be bored with this now-crucial daily accessory.

Video of Black women protecting one another from police goes viral

Amid renewed national attention in police brutality, a new video of two Black women protecting one another from law enforcement is going viral. In the clip, a Black woman sits on the street protesting police brutality as another Black woman stands in to guard her against the police who are closing in. “How you doing, sis? You OK? What’s up? Can I sit with you?” Phoenix Robles asks the woman sitting in the middle of the road.

A year after a man named Josh Swain challenged a group of other Josh Swains to duke it out for the right to their shared name, the battle has come to pass, and one Josh has been declared the winner amongst all the Joshes.