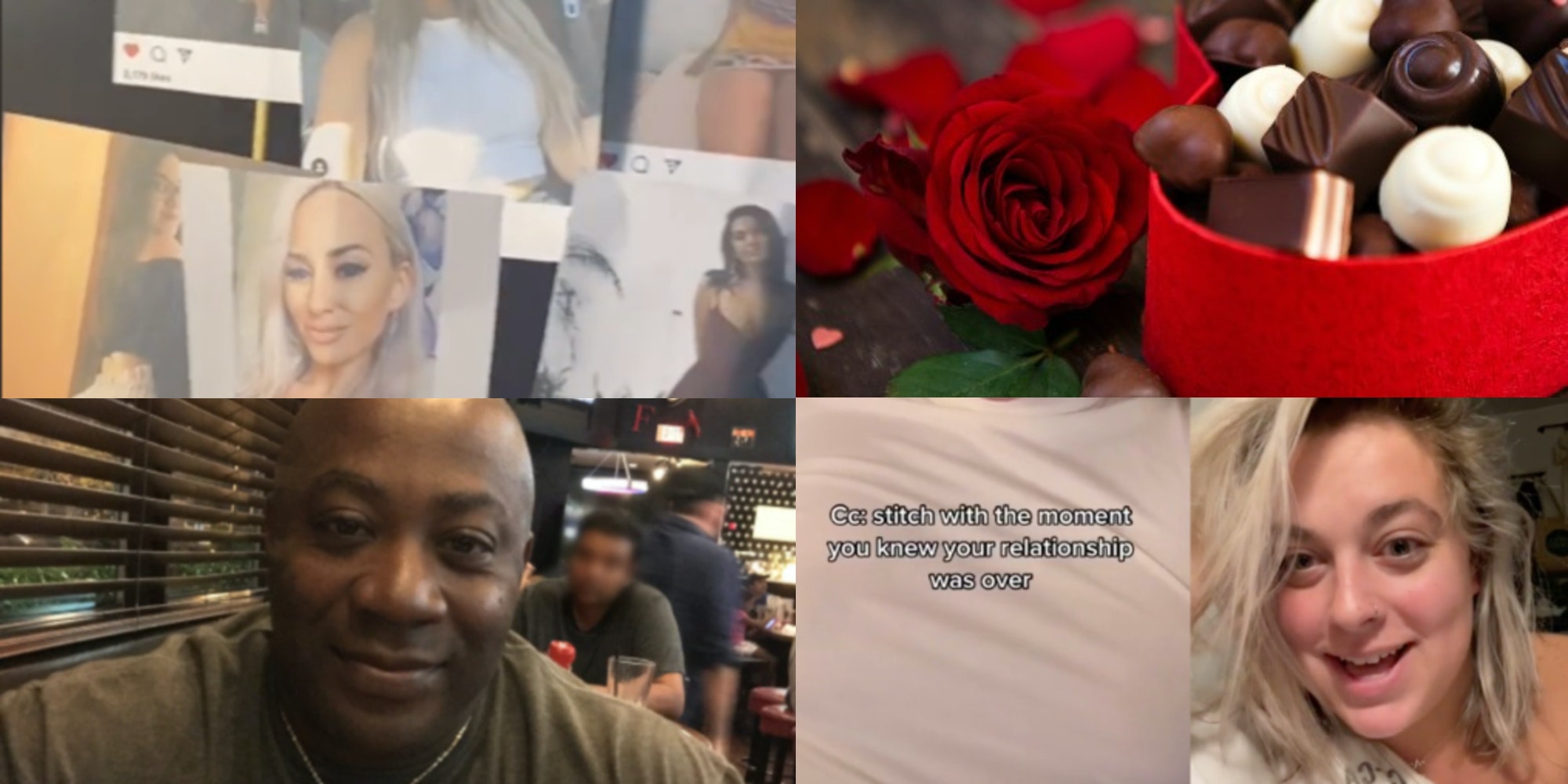 Welcome to the Monday edition of the Internet Insider, where we dissect the weekend online. Today:

Relationships have their ups and downs. And, unfortunately, we saw more instances of downs than ups this Valentine’s Day weekend.

One TikToker shared the story of how her boyfriend bought an urn and told people she was dead so that he could get away with cheating on her. He needed a good excuse as to why “there’s still pictures of me up in our house and why there’s womanly decor.” Another TikTok user said she gifted her husband an arrangement featuring all the Instagram girls whose pictures he’s ever liked. People found the gift to be extremely petty but nevertheless creative, with one saying the viral video made them “glad” to be single. And another woman found out her now-ex was cheating on her after noticing a woman on Facebook was wearing her engagement ring.

Let’s hope your Valentine’s weekend was spent better—and with less-villainous partners at that.

Catch up on more you may have missed this weekend below.

Now that several vaccines are in distribution, it may seem like we can finally start to take off our masks and get back to normal. I hate to be the bearer of bad news, but it’s actually more crucial than ever that we wear them after we get vaccinated (and that the ones we wear protect us properly). We’ll explain the reasons why and break it down for you.

‘My package could have waited’: People are pissed after seeing TikTok of Amazon driver skidding on ice

A viral TikTok video is sparking discourse about the tradeoff between worker safety and customer convenience after an Amazon driver was seen skidding on an icy road. The footage, filmed in Texas, shows the driver struggling to control his vehicle due to wintery conditions. While the video is presented in a humorous manner, commenters are questioning whether quickly receiving a package is worth the cost of endangering Amazon employees. “I would GLADLY receive a message saying my package was delayed due to inclement weather,” @lil_crabster_babster said. “If it’s too dangerous it’s too dangerous.”

This doctor was charged with stealing 10 doses of the COVID vaccine. A judge said he didn’t do anything wrong

Dr. Hasan Gokal was assisting in a county vaccination event in late December when, near the end of the day, a patient came in for a vaccine. Forced to open a new vial of vaccines to administer the dose, Gokal was left with 10 vaccine doses and no one left in line. The doses become unusable six hours after being opened, giving the Texas doctor very little time to use the vaccines. In an interview with the New York Times, he said he asked around the vaccination site, and after finding no one in need of a shot, he began seeking eligible people in his community. He managed to use all 10 doses before they expired. In response, he was fired from his job and charged with stealing 10 vaccine doses, a misdemeanor. His charges, however, were ultimately dismissed by a criminal court judge.

Cops reportedly passed around photo of George Floyd with ‘You take my breath away’ caption for Valentine’s Day
The_Donald: How Trump’s online fan community compromised our national security
Advertisement