‘Welcome to Taco Bell. Is there a reason you’re recording?’: Drive-thru worker confronts TikToker who tried to make a wings reaction video – Nogagames 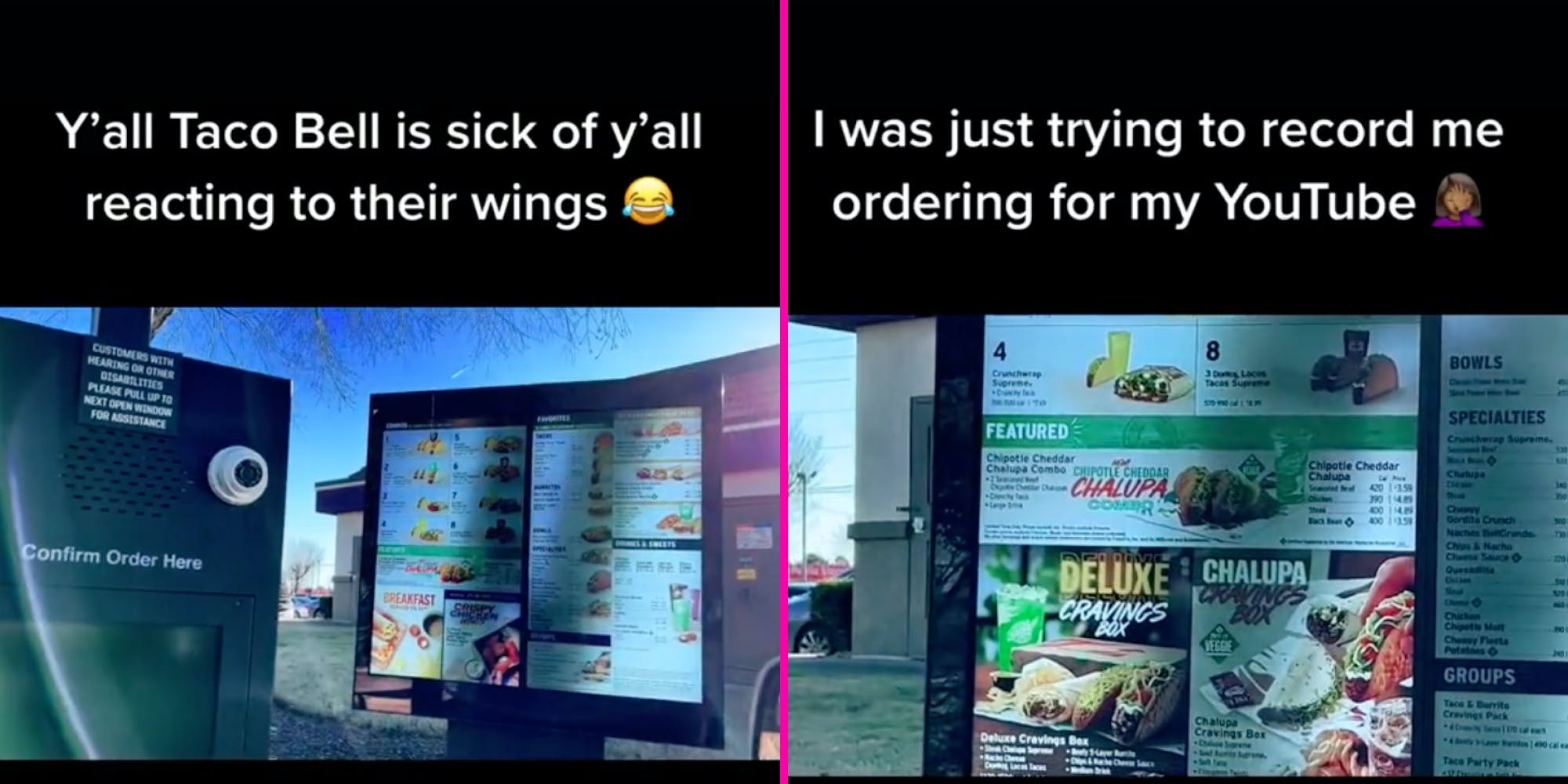 A viral video shows a drive-thru worker confronting a TikToker who is trying to make a Taco Bell wings reaction video.

User Chelsea Ne’Kole is a TikTok and Youtube content creator. While trying to record a Taco Bell chicken wings reaction video for her YouTube channel, the drive-thru employee protested that she didn’t want to be recorded.

“Welcome to Taco Bell. Is there a reason you’re recording me?” the employee says.

In Chelsea’s video, she is pulling up to the Taco Bell drive-thru and telling a worker that she is filming a reaction video.

“I’m doing a Youtube video,” Chelsea says. “I’ll do an order of the chicken wings.”

The drive-thru worker pushes back. “I don’t feel comfortable with being recorded,” the worker says.

“I don’t feel comfortable with my voice being recorded,” the worker says again.

Many of the 498 commenters supported @iheartchels_93 in making her reaction video.

“Nah she just had a attitude,” user @triceyscott said.

“I would’ve ignored her and placed my order,” @tubyaa added.

But some commenters noted that the drive-thru worker had a right to refuse to be recorded in her video.

“I don’t think she was rude,” user @smileyshante said. “She said she wasn’t comfortable.”

According to Chelsea’s Twitter account, she’s located in Mississippi. The state allows a person to record audio and video record if they are present for the recording.

The Daily Dot reached out to Chelsea and Taco Bell for comment via TikTok message and email, respectively.

The post ‘Welcome to Taco Bell. Is there a reason you’re recording?’: Drive-thru worker confronts TikToker who tried to make a wings reaction video appeared first on The Daily Dot.

‘I won’t be reaching out to him’: Woman asks TikTokers to find man who flirted with her on vacation—they found his wife instead
‘He finna wake up to a nightmare’: TikToker says she tricked partner into taking a road trip to meet woman he was cheating with, sparking debate
Advertisement