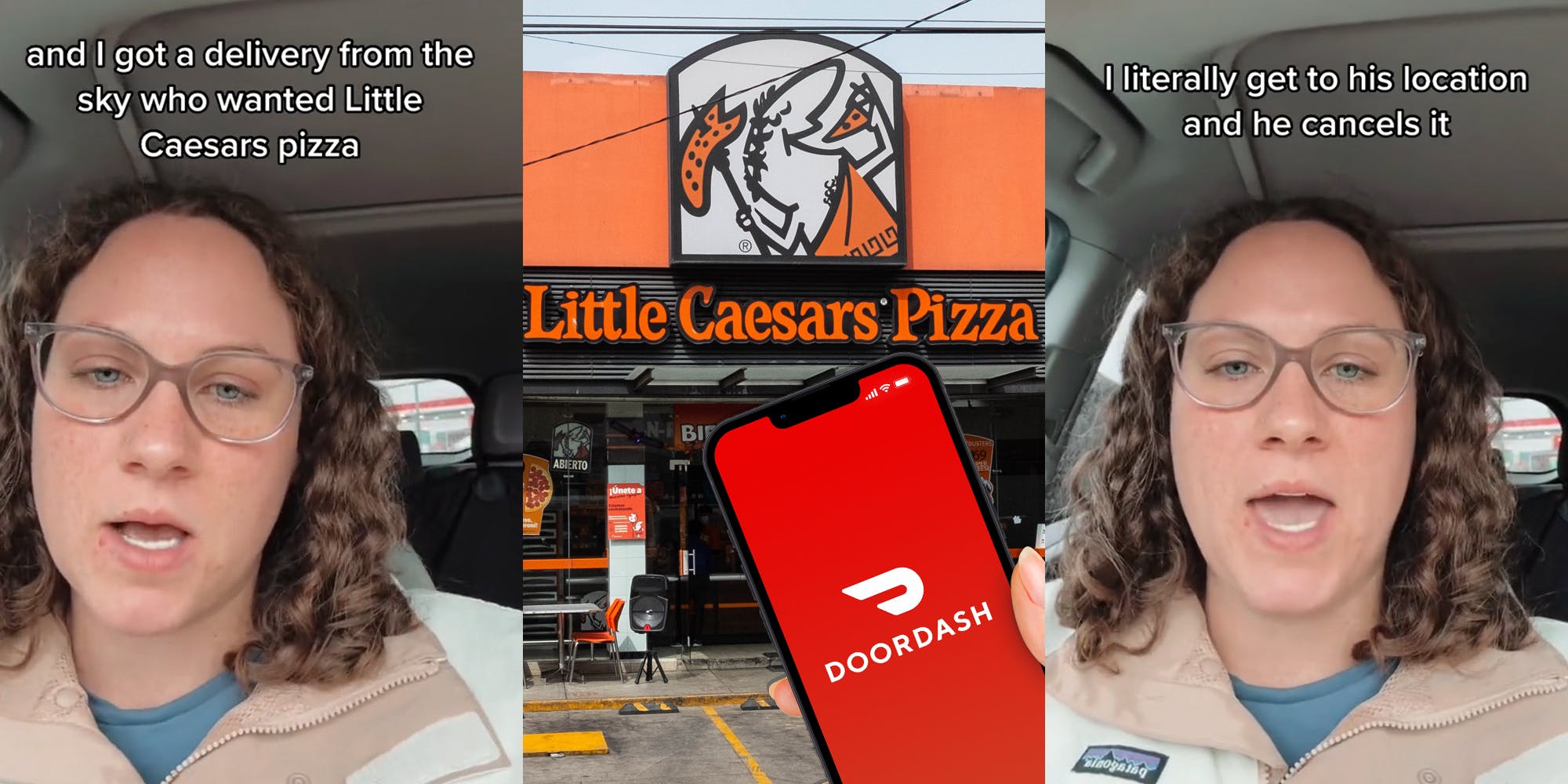 A new DoorDash driver named Erin (@omgerinwtf) posted a message for the popular food delivery service on TikTok, imploring the company to give drivers an option to rate customers.

Erin says that she went out of her way to meet the customer’s needs for this particular Little Caesars order, only to have the customer cancel their purchase right as she arrived at their house. Although she still received her payment for the delivery, Erin adds that she missed out on receiving a tip.

“I think that as a DoorDash driver I should be able to rate customers,” she vents in the clip. “Not like a 4-5 star rate, like a star rating, [but] just like a thumbs up or thumbs down. Because now I have two pizzas and some cheesy bread that I’m not gonna eat. What am I supposed to do with all this food?”

Social media is filled with posts from DoorDash drivers who’ve expressed their frustration with customers who don’t offer gratuity payments to drivers. Viral debates have sparked over the issue, like when one DoorDash customer received a complaint letter from a driver. In the letter, the driver wrote about the minimum tip amount that is expected of customers in order to make delivering meals for the service worth their time.

Users who saw Erin’s post sympathized with her and offered up some helpful tips as to what she could do with the food. While one person told her to simply “eat” it (which Erin says is impossible because she can’t eat all of that food in one sitting), others suggested she try and find an “unhoused person to give it to.”

Merchants preparing the food for customers are still paid if a customer cancels an order, including the instance that Erin described. DoorDash’s policy on canceled orders is available on the app’s official website.

In order for drivers to be compensated for canceled orders, there are four primary conditions that must be met: an order must be confirmed by a merchant, the order must have already been prepared, the merchant isn’t at fault for the cancellation or initiated it, and the order had to have been made within 14 days of it being canceled.

The Daily Dot has reached out to Erin via TikTok comment and DoorDash via email for further information.

The post ‘What am I supposed to do with all this food?’: DoorDash driver says customer canceled Little Caesers order after she had already arrived at their house appeared first on The Daily Dot.

‘Protect your players’: How the digital public square contributed to NWSL’s great reckoning
‘I didn’t order any of this’: Customer quits Instacart after shopper had ‘anxiety attack’ over pistachio pudding
Advertisement