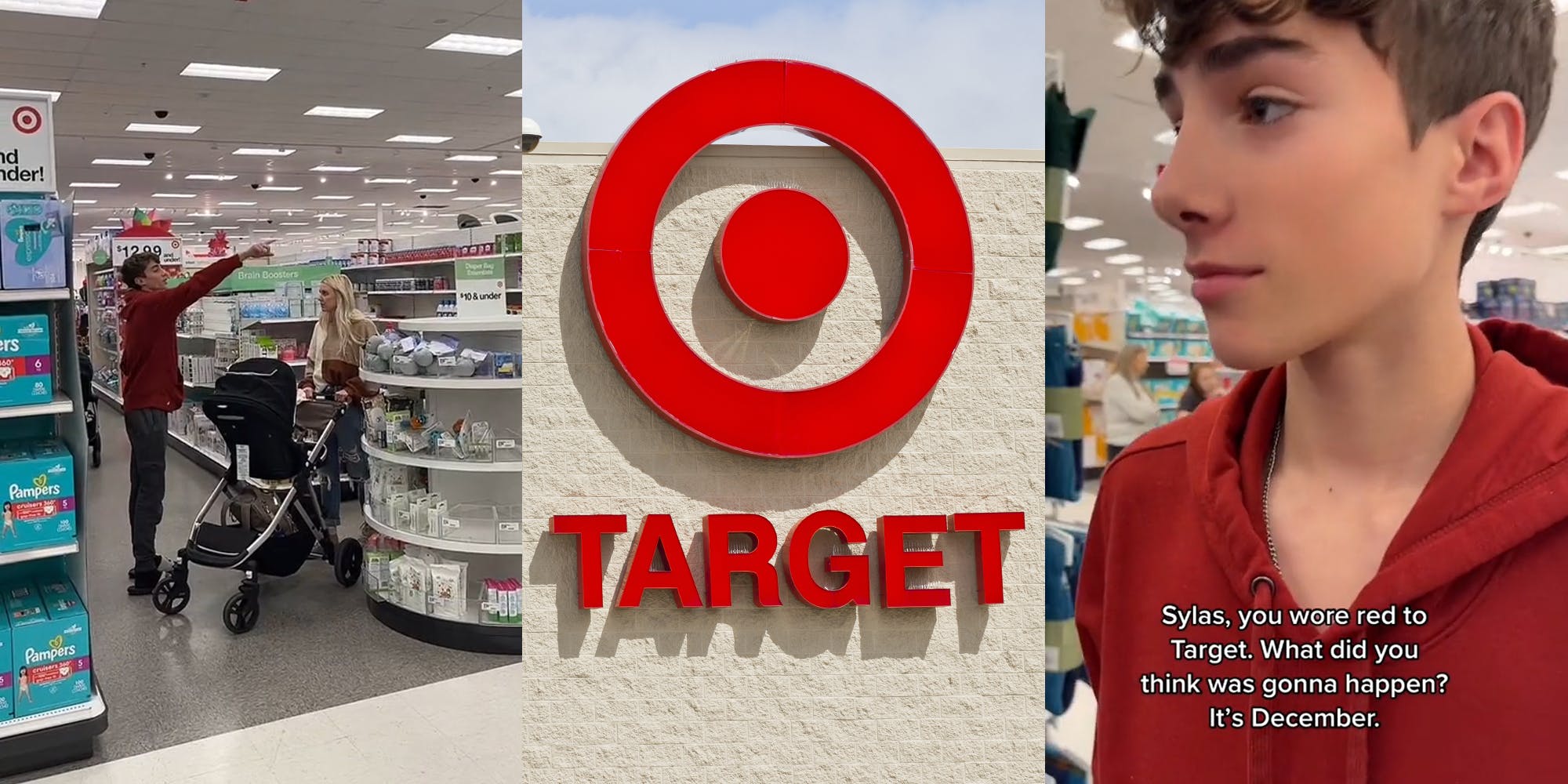 However, just because someone is wearing what appears to be a uniform, that does not mean that they are an employee — as TikTok users Allison and Sylas (@sullivanfamilytiktok) learned in a now-viral TikTok.

In a video with over 5.5 million views, Sylas, who is wearing a red hoodie, can be seen answering a question from a Target customer. Sylas is not a Target employee.

“This is the 6th time this has happened,” Allison says in the video.

“I’m too introverted for this,” Sylas responds as he walks back. “That time I just went with it.”

“Sylas, you wore red to Target. What did you think was going to happen? It’s December,” says Allison.

This interaction caused a flurry of comments on TikTok, with many users saying that they’ve had similar experiences in the past.

“I wore blue to Walmart once and literally had 3 people approach me for help,” one user wrote.

“This happened to my friend,” another recalled. “She told them she didn’t work for target and the woman followed her and was angry, she kept insisting that she worked [there].”

“I swear I just have an ‘I work here’ face,” a third claimed. “People have walked up to me and started asking questions while I was wearing the uniform for a different store.”

“Someone asked me where something was and I told her I didn’t work their and she threatened to ‘tell my manager,’” another TikToker alleged.

Others simply commended Sylas for keeping his composure throughout the interaction.

“Did he know the aisle number, or did he he just point in the general direction? Either way, nicely handled for an introvert!” exclaimed a commenter.

We’ve reached out to Sylas via Instagram direct message.

The post ‘What did you think was gonna happen?’: Customer wears red hoodie to Target, everyone thinks he works there appeared first on The Daily Dot.

‘When was somebody gonna say that?’: New worker says employer didn’t tell her about dress code until she showed up the first day
‘Long live Stanley’: Worker goes on a rant against trainer while on company Zoom call before quitting
Advertisement