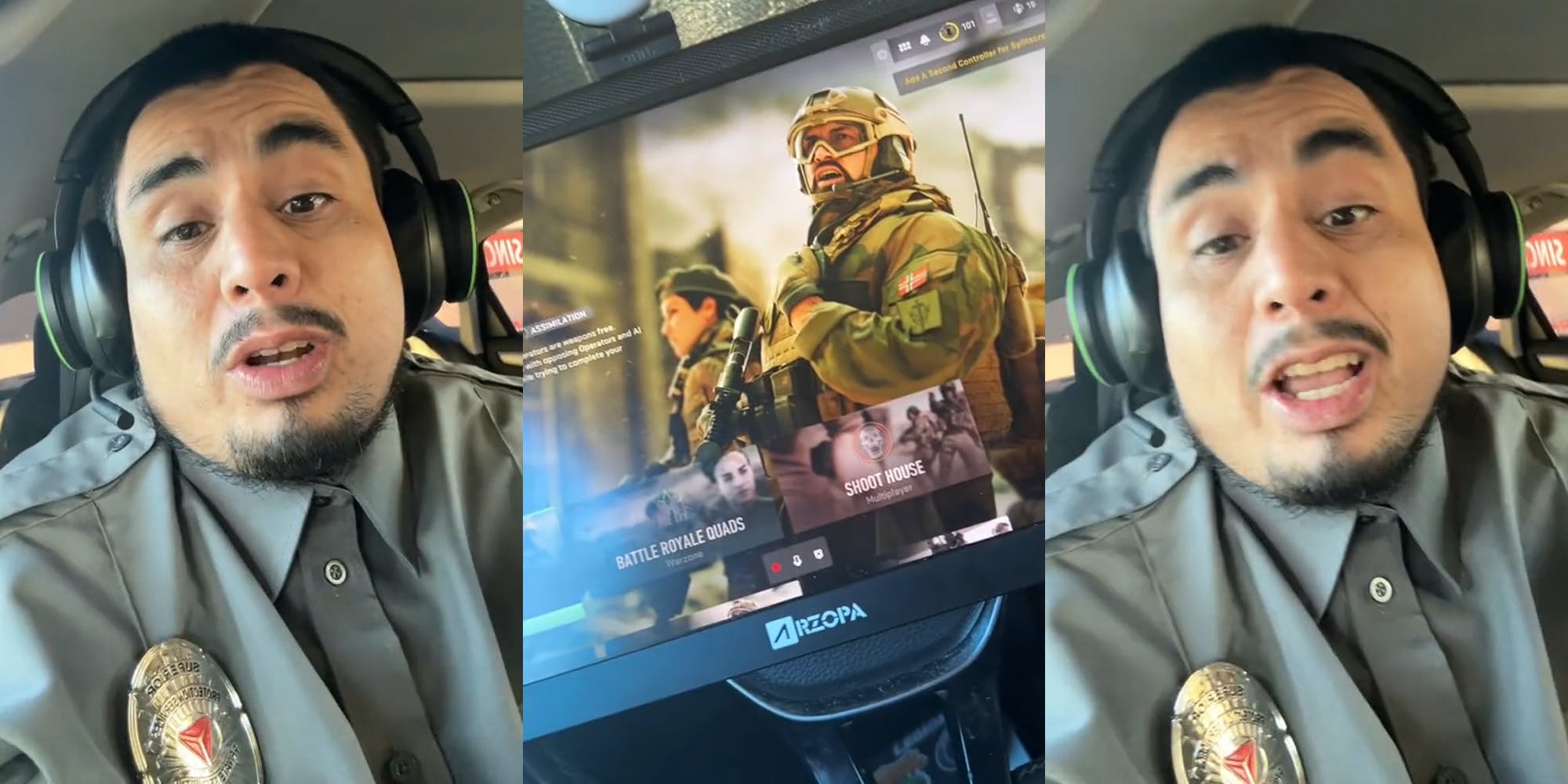 A security guard and TikTok user West (@ttvweessstt) was allegedly fired after live streaming himself playing video games at work and saying that he intentionally disregards his job responsibilities. He also intimated that he smokes weed while doing so.

Two clips, one from a TikTok on West’s account and another from his live stream, were recorded and uploaded by another creator, @undergroundcorridos, and sparked a litany of different reactions from users on the platform.

Some poked fun at the gamer and chastised him for flagrantly documenting how little he cares about his job online. Others stated that the ire he received was unwarranted as most security gigs are ultimately “do nothing” positions anyway that just require a person on-site, so his gaming while on the clock wasn’t particularly offensive.

The first clip, which West claims is a “reupload” in the caption, shows him calling his work the “easiest job ever.”

“Become a security guard,” he says. “I literally get paid to ignore all responsibilities, pass the dutchie to the left-hand side, and play Warzone 2 all day. And if you don’t believe me, come to my stream.”

User @undergroundcorridos then cuts from that clip to a recording of West’s live stream. The TikToker goes quiet and his screen is covered by what appears to be his fingers. As several viewers leave confused comments suggesting that West had been fired, the streamer pauses.

“Who got fired, bro?” he seems to say, still covering the camera with his hand. “Bro, I literally—my boss gave me lunch, said go home and come back tonight.”

Commenters on West’s now-infamous TikTok expressed confusion as to what happened to the gamer. However, some were positive he was fired for live-streaming himself playing Call of Duty: Warzone while on the clock.

West confirmed that this was the case in another video on his own TikTok page, where he discusses the aftermath of being fired from his former employer, Allied Universal. The clip was posted in October 2021, insinuating that the live stream took place was recently reshared from last year.

“So Allied Universal just fired me right?” he says in the video. “I asked them for my termination papers and wasn’t signing anything unless it was, separation, severance, yeah, exhausted leave, whatever. I didn’t resign that’s all I know.”

West then claims that he planned on contacting the National Labor Relations Board, in addition to a law firm, regarding his termination. The TikToker then says he’s “leaking everything,” though it’s uncertain what that includes.

“After I was done, I asked for my termination papers and hours,” West explains of his firing. “[The Allied Universal higher-up who fired him] refused to give me my hours and said that I could send him a request. Cuz they don’t have them.”

Judging from the response to his second video and from some of the replies that West gave to other TikTok users, it seems that his gripe is that the “termination papers” he was given weren’t forms that stated he was being fired from the company for poor performance, but that he resigned from his position instead.

This is a particularly important distinction as the nature of how one leaves a company could greatly affect their unemployment benefits. Generally speaking, an individual may not be able to collect unemployment if they choose not to work, and these benefits are usually only available to those who are fired or laid off.

West says that he’s been asked to resign from the company in the past, so he’s privy to the different forms the company hands to its employees in these situations.

In the comments, many TikTokers criticized West for attempting to take a moral stance against Allied Universal and threatening to sue the company to receive a final paycheck as he openly admitted to shirking his work responsibilities and playing video games on the clock.

“bro you were playing games on the clock what you expect?” one user wrote.

Another said, “If you had the same energy to work as you do ‘videos for twitch’ you would be a great worker but you playing games bro”

“What do you expect playing COD on duty what a [clown emoji] if you wanted to get fired why not just quit if you weren’t getting paid. Not smart buddy,” a third added.

In another update, West shares an alleged legal notice from Allied Universal which states that the company is considering taking legal action against him. The TikToker posted this video to the platform Nov. 5 of this year, and the notice is dated Nov. 1, 2022.

“So Allied is threatening me with legal action?” West wrote in the text overlay.

The Daily Dot has reached out to Allied Universal via email and West via TikTok comment for further information.

The post ‘What do you expect playing COD on duty?’: Security guard fired on live stream after bragging about playing video games on the clock appeared first on The Daily Dot.