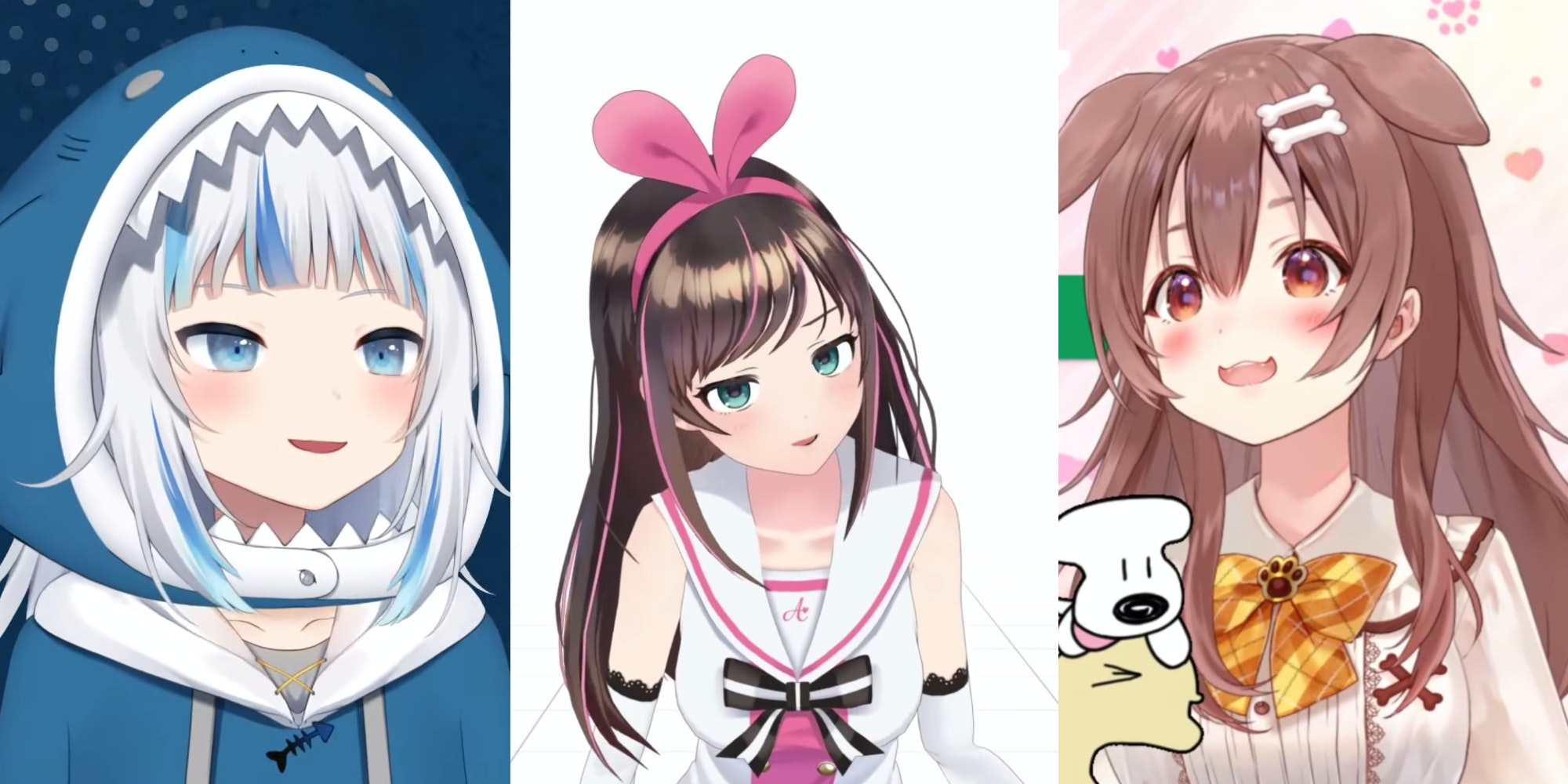 Virtual YouTubers are on the rise.

A few years ago, the concept of these virtual personalities—referred to as vtubers—would likely have seemed odd and incredibly niche. In 2021, however, a number of characters have developed strong followings, giving real YouTubers a run for their money. So who are these so-called vtubers, and, you know, what’s their deal?

What is a vtuber?

In case you’re unfamiliar with the term, a vtuber is a virtual creator.

Vtubers are typically animated with voices provided by their creators. Most current vtubers resemble anime characters, with large eyes and boisterous personalities. Some of them have complex and fantastical backstories, where others are presented as average creators—but you probably won’t find any shark girls or email-scanning computer programs on Drama Alert.

Apart from that, vtubers are very similar to any other YouTuber. Their videos often see them reacting to other YouTube content or current events, chatting with followers, or even streaming games. Some of them are even real people in animated form.

Even casual YouTube perusers have likely come across at least one vtuber in their browsing. If all else fails, a video from Barbie—yes, that Barbie—has likely come across most people’s newsfeed at least once. There are far more offerings than just Barbie’s chipper persona, however, for anyone interested in expanding their digital libraries. Here are some of the top vtubers to keep an eye on in 2021.

Broadly considered the first official vtuber, Kizuna AI has been around since 2016. Over the years, she has wracked up nearly 3 million subscribers on her main account alone, with another 1.5 million on her gaming channel.

Kizuna, like all vtubers, has a well-fleshed and thorough backstory. Unlike her peers, Kizuna refers to herself as an independent artificial intelligence, hence the AI in her name. She speaks Japanese in all of her videos, perpetually chipper as she plays games, shares life stories, and participates in challenges.

Gawr Gura takes full advantage of the freedom that her format allows. Rather than aim for a relatable, realistic character, her creators went for the truly fantastic. Her odd lore and infectious personality has earned her an enviable following in the few months since her channel launched, in July 2020.

Gura’s lore identifies her as a descendent of the Lost City of Atlantis. She claims to be upward of 9,000 years old, a shark, and an excellent gamer. She made her way out of her watery home and into the human world out of sheer boredom. Maybe she is relatable, after all.

Like Gawr Gura, Inugami Korone is not quite as human as some of her counterparts. While she mostly resembles your typical sweet and docile anime girl, her ears and tail—along with her overtly dog-like personality—set her apart. Her goofy personality has earned Korone upward of a million subscribers in just under two years. Her channel first launched in March 2019.

Korone typically spends her streams producing simple, wholesome videos. She prefers retro games, chats with her fans, and interacts with other vtubers.

This pink-haired catgirl is everything you could want in a vtuber. Her personality is charming and witty, with just enough toilet humor mixed in to keep things interesting. She enjoys nostalgic video games, singing, and voice acting.

Though Kizuna AI is widely credited as the first vtuber, Nyanner’s YouTube account has been around since 2011. She made not have gathered the same following as Kizuna, but she’s certainly put in the legwork.

Kiryu Coco, unlike many of her tamer peers, consistently pushes the bounds of what is acceptable among vtubers. She employs crude humor, swearing, and lewd jokes into her streams on a consistent basis. Her videos tend to feature her gaming, teasing other vtubers, and generally acting like most YouTubers.

She is a far cry from your average YouTuber, however. Coco is a child dragon who has immersed herself in human culture. Despite being around for upward of 3,500 years, Coco appears to be a young woman with a long tail and modest horns. Her channel has been active since December of 2019.

While there are several vtubers on this list that speak English, Projekt Melody is the only American. She used to be a computer program though, so I’m not sure how that works with immigration. Either way, Melody’s chipper, lewd persona has earned her a hearty following in the time since her channel launched in July 2019.

Melody is known for her wholesome personality and blatantly adult content. She is one of few vtubers to have earned a suspension from Twitch for being too lewd in a stream.

A rare human(ish) vtuber, Ironmouse is a female Puerto Rican who has been going strong since 2017. Her chipper voice, erratic personality, and upbeat content has earned her a loyal following online. She even educates people about real world issues from time to time.

While she may appear mostly human, Ironmouse is actually a demon queen from the depths of the underworld. She, like Coco, loves human culture and immerses herself completely into it, but that won’t stop her from making occasional references to her demonic origins.

The post What’s the deal with vtubers, anyway? appeared first on The Daily Dot.