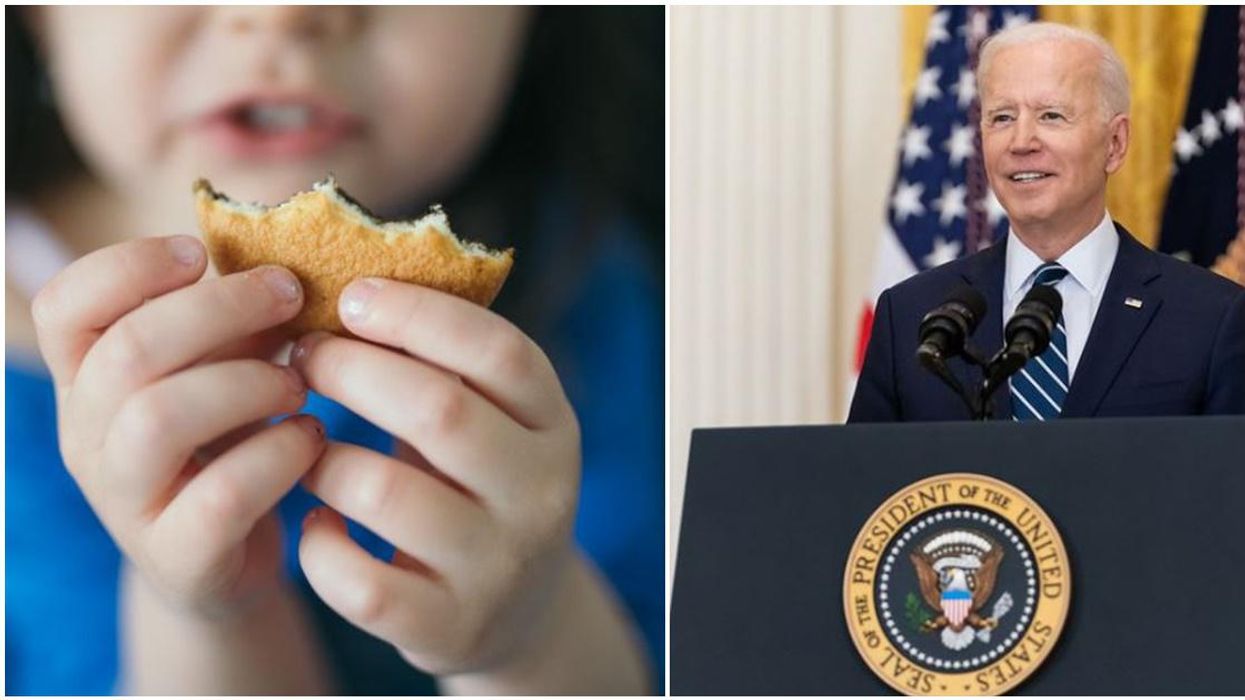 Shortly after taking office, President Biden got to work selling Congress and the country on a massive coronavirus relief package. One of the centerpieces of what would become a $1.9 trillion dollar bill was raising the Child Tax Credit (CTC) from $2,000 to $3,000 per child (or $3,600 for a child under age 6) and making it refundable.

The president made a bold statement while talking about the CTC that seemed a little far-fetched at the time. “If we get this done, it will cut child poverty in half,” Biden said at a roundtable in February. The White House stood by the claim with Press Secretary Jen Psaki repeating it in three separate beings.

In America, one in seven children lives in poverty.

The bill was passed and signed into law by the president in March and we’re now beginning to see the benefits of the CTC played out in real-time.

A study by the Poverty Center at Columbia University found that after parents began receiving direct deposits in their bank accounts it had an immediate effect on child poverty rates.

“Using our innovative approach to tracking monthly poverty rates, we project that ongoing COVID relief efforts continue to have a sizable effect on reducing child poverty keeping 6 million children from poverty in July 2021 alone (a reduction of more than 40 percent),” the Poverty Center wrote in a study.

Researchers believe that as the rollout continues, “the expanded Child Tax Credit has the potential to achieve even greater child poverty reduction.” If all eligible children are enrolled in the program, the CC has the “potential to reduce monthly child poverty by up to 40 percent on its own.”

When combined with other COVID-19 relief measures, the CTC could contribute to a 52% reduction in child poverty.

A survey from the Census Bureau found that most families are spending the money on clothing, food, housing, and utilities.

The CTC’s dramatic success has the president and Democrats in Congress pushing to expand the program until 2025. Earlier this month, House Democrats proposed an extension of the increase in the tax credit as well as making the funding permanent. The proposal was cheered by pro-family advocates such as MomsRising.

“The child tax credit expansion has made historic gains for our families and our economy in 2021, lifting 50% of all children out of poverty and boosting the economy,” executive director Kristin Rowe-Finkbeiner said according to CNBC.

A group of 450 economists signed an open letter last week saying that the CTC should be extended. “It’s very rare to find an issue where so many economists agree on everything,” Jacob Goldin, an assistant professor at Stanford Law School, told CNBC. “But there’s just very, very strong evidence that providing extra financial assistance to kids growing up in low-income households yields big benefits in their lives.”

When a child is lifted out of poverty it has a lasting impact on their life. Columbia’s Poverty Center says that it leads to a decrease in infant mortality, improves the health and life expectancy of poor children, and increases future productivity. The Poverty Center estimates that the CTC’s societal benefits outweigh its costs by 8 to 1.

The fact that child poverty still persists in the wealthiest nation of the world is one of the biggest disgraces in American life. The CTC has shown that there is an easy, and effective way to combat this serious issue by simply giving people a break on their taxes. Let’s hope that our leaders realize the impact the CTC is having on the lives of children and will make it a permanent part of the effort to eradicate child poverty in America once and for all.

When these drones zoom in over elephants and rhinos, they stop horrible things from happening.
Makeup artist has a blast making fun of his ‘basic’ sister’s love for word art signs
Advertisement