‘When you get 3 call-outs and 2 people quit all in the same day’: Dunkin employee films distressed co-worker, sparking debate – Nogagames 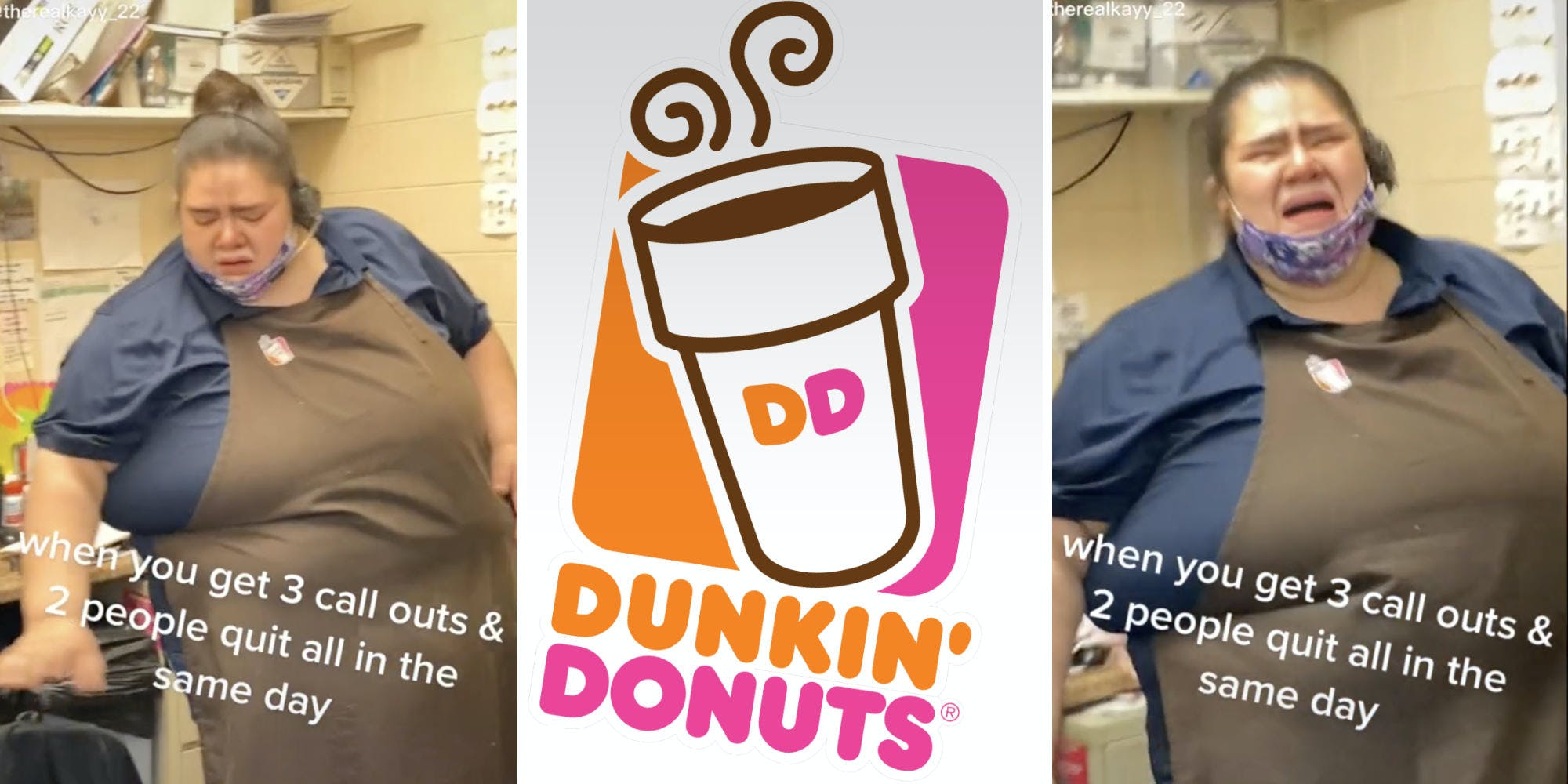 Viral TikTok footage shows a Dunkin worker crying during a stressful shift, sparking a debate among viewers about working conditions and what led to this scenario.

A TikTok user known as Kaliah Hodnett (@therealkayy_22), who is presumably also a Dunkin worker, shared the video, which garnered about 1.5 million views as of Monday.

“When you get three call outs and two people quit all in the same day,” the video’s on-screen text says.

Multiple viewers commented that the video demonstrates how many service workers are overworked and underpaid.

“Service industry workers are so mistreated and (underpaid),” one viewer commented on the video.

“Very much so!” Hodnett wrote in reply to the comment.

“Underpaid and overworked. I left fast food like 2 years ago and never looked back,” another viewer commented.

Some viewers pointed out that if companies and management paid their staff better, they’d be less likely to quit or call out.

“If they paid enough workers wouldn’t want to miss a shift,” one TikTok user wrote.

“Damn. Seems like an employer issue. One is unfortunate. Multiple is a pattern,” another user said.

A third user wrote, “I blame it on the companies and management.”

Other current or former alleged Dunkin workers chimed in, saying that Dunkin is a terrible place to work.

“im sorry but dunkin was one of my worst experiences for a job. will never return,” one user said.

“I’ve literally been there 😂 so I feel for her,” another user said.

One user described their experience quitting Dunkin: “used to work there and when i put my 2 weeks in they made me scrub the floors in my hands and knees where they’ve never cleaned before. no one talked.”

The Daily Dot reached out to user @therealkayy_22 via TikTok comment.

The post ‘When you get 3 call-outs and 2 people quit all in the same day’: Dunkin employee films distressed co-worker, sparking debate appeared first on The Daily Dot.

‘That’s how you get a raise’: Worker says manager subscribes to his OnlyFans account
‘Halo’ fans are mad because the TV show made Master Chief have sex
Advertisement