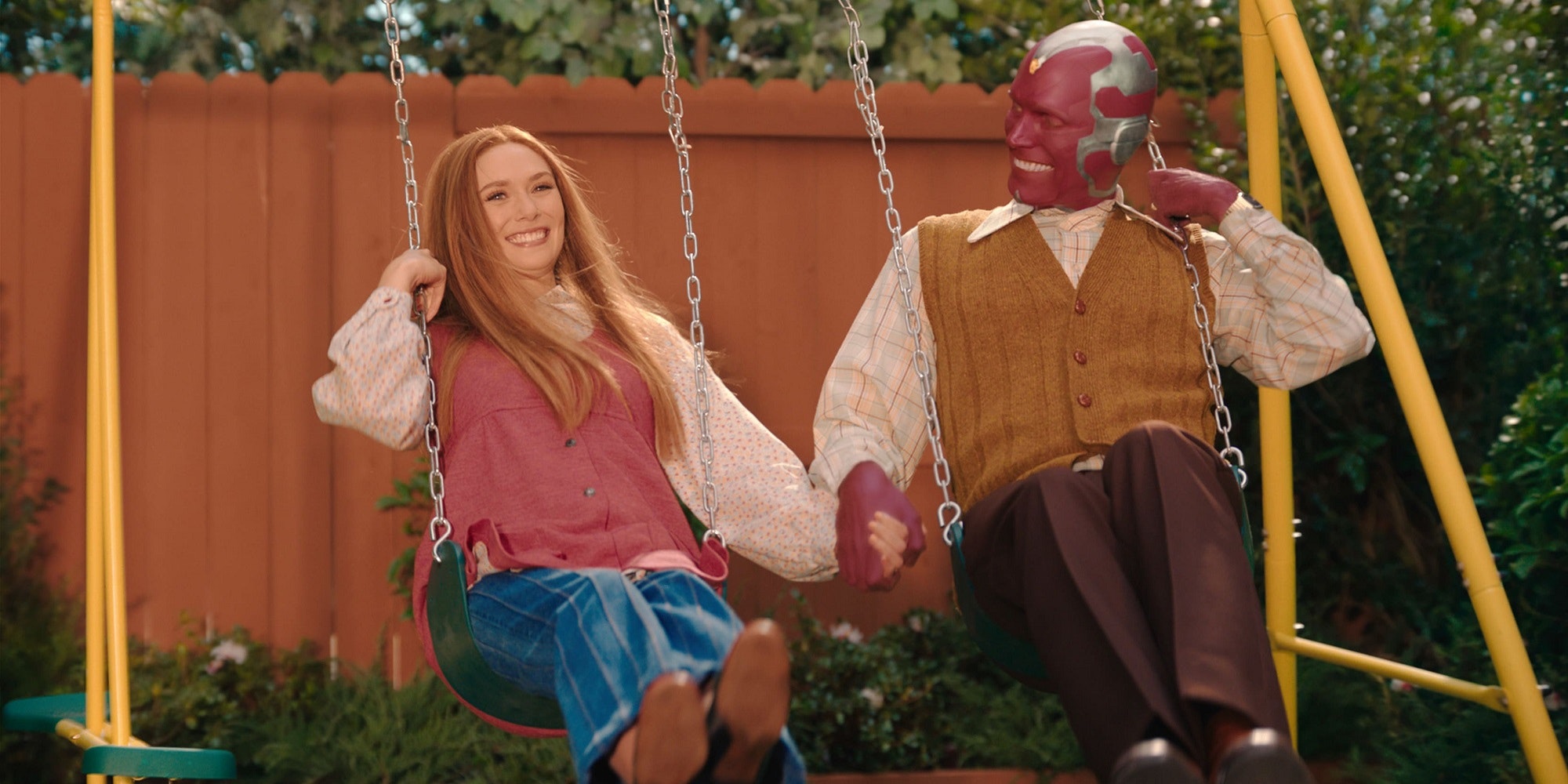 According to a new interview with Elizabeth Olsen at TV Line, WandaVision will include an unannounced cameo like Luke Skywalker in The Mandalorian. This isn’t a total surprise, because these Disney+ shows are basically an extended excuse to bring famous characters back for cameo roles. But on the other hand… who is it?

WandaVision includes several established MCU characters already: Darcy Lewis, Agent Jimmy Woo, and Monica Rambeau, daughter of Captain Marvel’s BFF Maria. However, they’re all in the “hey, it’s that guy!” category. None of them are A-listers. We’re still waiting for someone Elizabeth Olsen describes as “really exciting,” which means one of two things: a major Avengers character, or someone who would feel like a real plot twist. Here are our top three predictions:

Wanda Maximoff’s brother Pietro, aka Quicksilver, had a one-off role in Avengers: Age of Ultron. He didn’t make a huge impact in the grander scheme of MCU canon, but he is a vital part of Wanda’s backstory—and he’s already been mentioned in WandaVision. Most of the time, Wanda lives a happy-go-lucky sitcom lifestyle. But when Monica Rambeau mentioned in episode 3 that Pietro was killed by Ultron, this triggered dark memories from the real world, prompting Wanda to unleash her powers and kick Monica out of the sitcom universe.

Given that WandaVision already stars a dead character from Wanda’s past (Vision), the show could definitely make an impact by reintroducing Quicksilver. There are also two intriguingly different options for the cameo: Aaron Taylor-Johnson, who played Pietro in Avengers: Age of Ultron, and Evan Peters, who played a different (mutant) version in the X-Men franchise. This kind of weird, genre-savvy crossover is exactly the kind of thing we’d expect to see on WandaVision.

Benedict Cumberbatch is the most appropriate A-lister to appear in WandaVision, because Wanda will play a key role in the upcoming Doctor Strange in the Multiverse of Madness. By the end of her arc in WandaVision, she’ll be ready to start anew in that movie. Plus, as the MCU’s top two magic-users, she and Doctor Strange are an obvious thematic fit.

He’s the wild card. This would be a seriously shocking cameo, potentially setting the scene for the X-Men to join the MCU—something that’s almost certainly going to happen in the next few years.

In Marvel comics canon, Magneto is sometimes Wanda and Pietro’s dad. And… sometimes he’s not. It depends on which timeline you’re going for. Anyway, mutants don’t exist (yet) in the MCU, so the Maximoff twins are canonically just humans with superpowers. Their parents were regular Sokovian civilians. Marvel probably won’t change that backstory, but since WandaVision is all about family—and is obviously playing with the idea of alternate realities—it’s not out of the question that Disney might hire Michael Fassbender for a single-episode role as Wanda’s alternate-universe dad. We can dream!

The post Who is the Luke Skywalker-style cameo in ‘WandaVision’? appeared first on The Daily Dot.