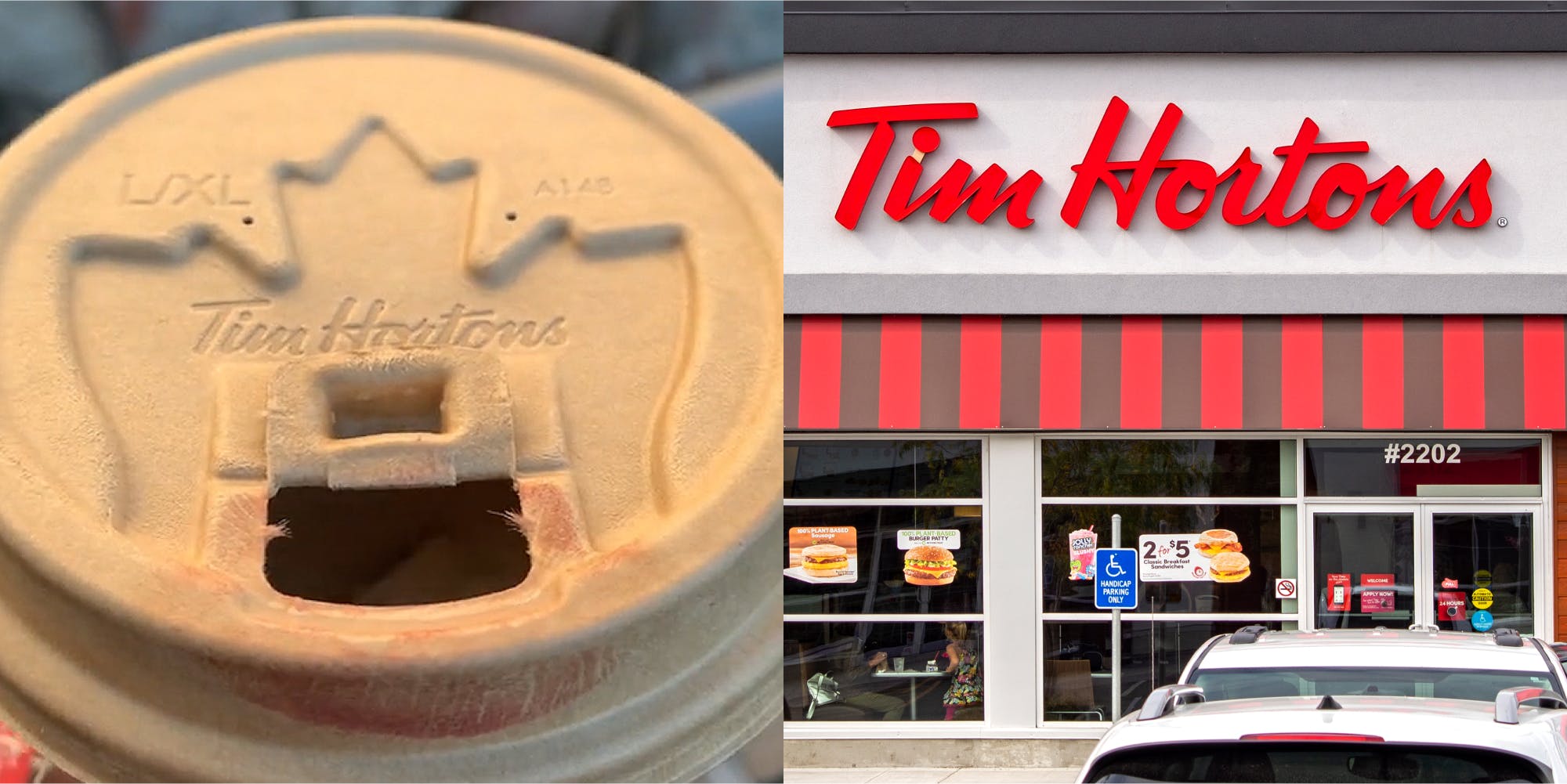 A customer’s annoyance with Tim Hortons’ cardboard coffee lids has others dreading what may be to come.

TikToker @diycatgeek recently went to popular Canadian coffee franchise for a pick-me-up, only to discover that the location had started using cardboard lids on their cups.

“Okay Tim Hortons—no,” she says in the clip, showing off the cup. “Whose idea was this? It tastes horrible. You can’t drink through cardboard. Also, it gets all soggy and wet at the lid. It’s a bad idea!”

“I might hate this more than paper straws,” she added in the caption.

In February, Tim Hortons announced a switch from its standard brown plastic hot beverage lids to plain white lids, which the company claimed are more likely to be recycled or repurposed into new products. Alongside this initiative, the brand shared that it will expand its testing of a “plastic free fibre lid” to more locations.

This is likely the lid that @diycatgeek received when making her coffee run.

Companies trying to be more environmentally conscious have been met with mixed responses over the years, especially when that involves mixing paper with liquids. Paper drinking straws, which are biodegradable unlike plastic ones, have drawn criticism thanks to how quickly they get soggy and how they can change the taste of the beverage itself.

It stands to reason that cardboard lids would cause similar issues, and @diycatgeek’s viewers were horrified by the idea that more companies might follow suit.

“Please tell me this isn’t real,” one user wrote.

“Oh no. Now I have to start collecting lids,” another joked.

Several viewers suggested people start bringing their own coffee mugs if this is going to keep being a thing, and although that isn’t always practical in every situation, it seems like a much better alternative to trying to “drink through cardboard,” as the TikToker put it.

The Daily Dot has reached out to @diycatgeek via TikTok comment.

The post ‘Whose idea was this? It tastes horrible’: Customer slams Tim Hortons for serving hot coffee with cardboard lid appeared first on The Daily Dot.