‘Why are people so scary’: TikToker records Lyft driver asking details about her where she is staying, allegedly ‘secretly’ writing her address down – Nogagames 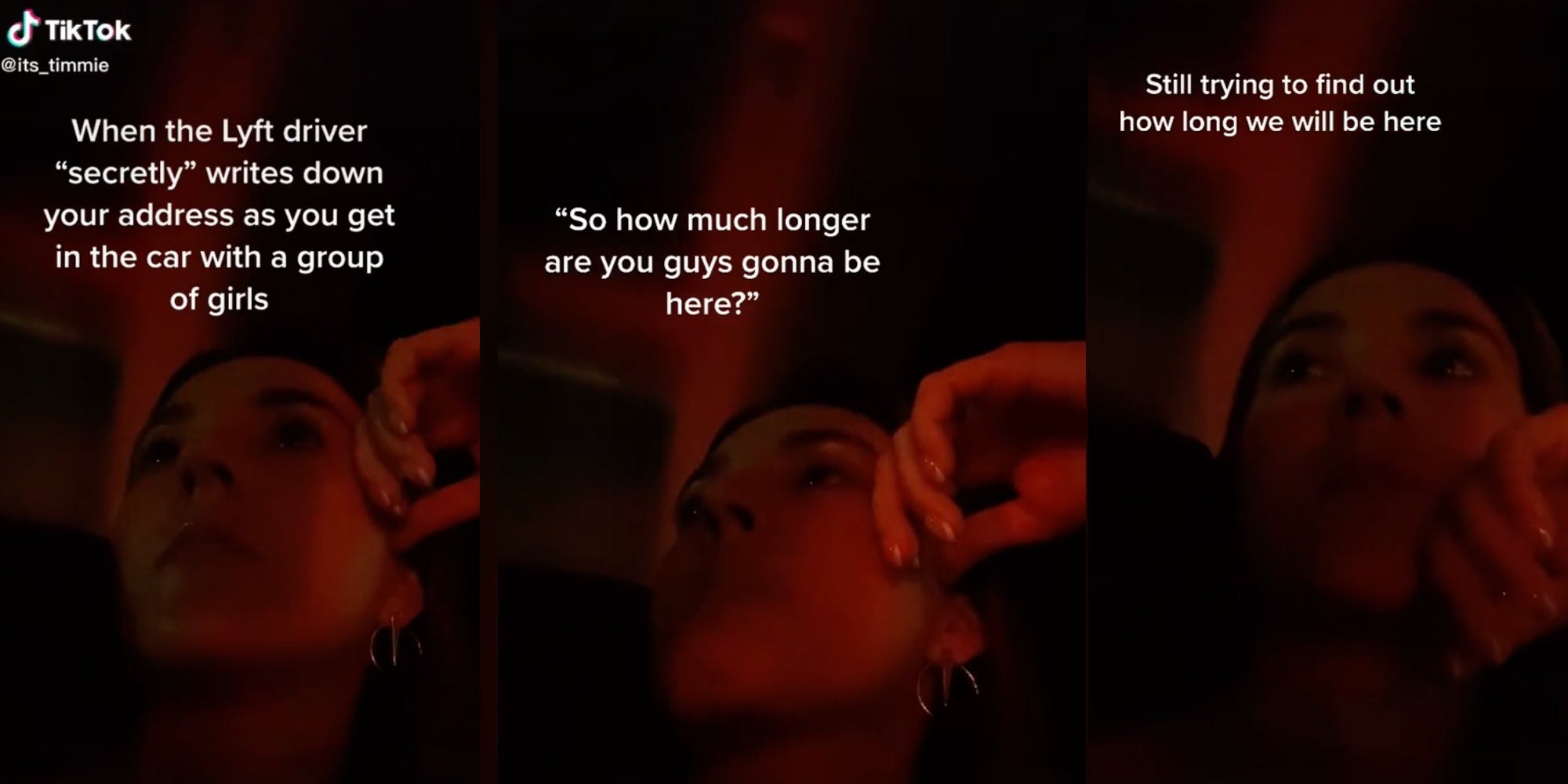 The quick thinking of a TikToker and her friends while in a scary Lyft ride is being lauded online.

A video posted by @its_timmie on TikTok shows her and a group of friends being repeatedly questioned by their Lyft driver on details about their stay, like how long they are staying in their Airbnb. The TikToker, filming herself while interacting with the driver, tells him the group’s guy friends hung back and are still at the Airbnb—a lie, she clarified in the text.

The TikToker also claimed in the text of the video that she caught the driver allegedly “secretly writing down” their address.

In a followup video, the poster assures viewers that the group “made it home safe” and gives additional context.

“We were in Nashville for a bachelorette party. … When we got in the Lyft, I noticed that he was writing down every single address that he was driving to on a notepad in the front seat, which I think is unnecessary. Why are you ever going to need my address in the future?” she questions. “That was the first red flag.”

She reiterates that the group told the man lies—like about their guy friends and how they were checking out of their Airbnb that night—out of fear. “Then he was like, stopping the car in the middle of the road to show us his phone, and that’s when I was able to confirm on the front seat that he did have our address,” she says.

The TikToker’s initial video has been viewed over 6.5 million times since being posted on Wednesday.

“Way to react so quickly, though!” one said.

“I love how quickly you reacted. Thank you for sharing. This is perfect,” another said.

“Why are people so scary,” a third questioned. “I’m sorry.”

The TikToker says she called Lyft’s Critical Helpline and implies that Lyft cut ties with him, saying, “He won’t be driving again.”

The Daily Dot has reached out to @its_timmie and Lyft.

The post ‘Why are people so scary’: TikToker records Lyft driver asking details about her where she is staying, allegedly ‘secretly’ writing her address down appeared first on The Daily Dot.