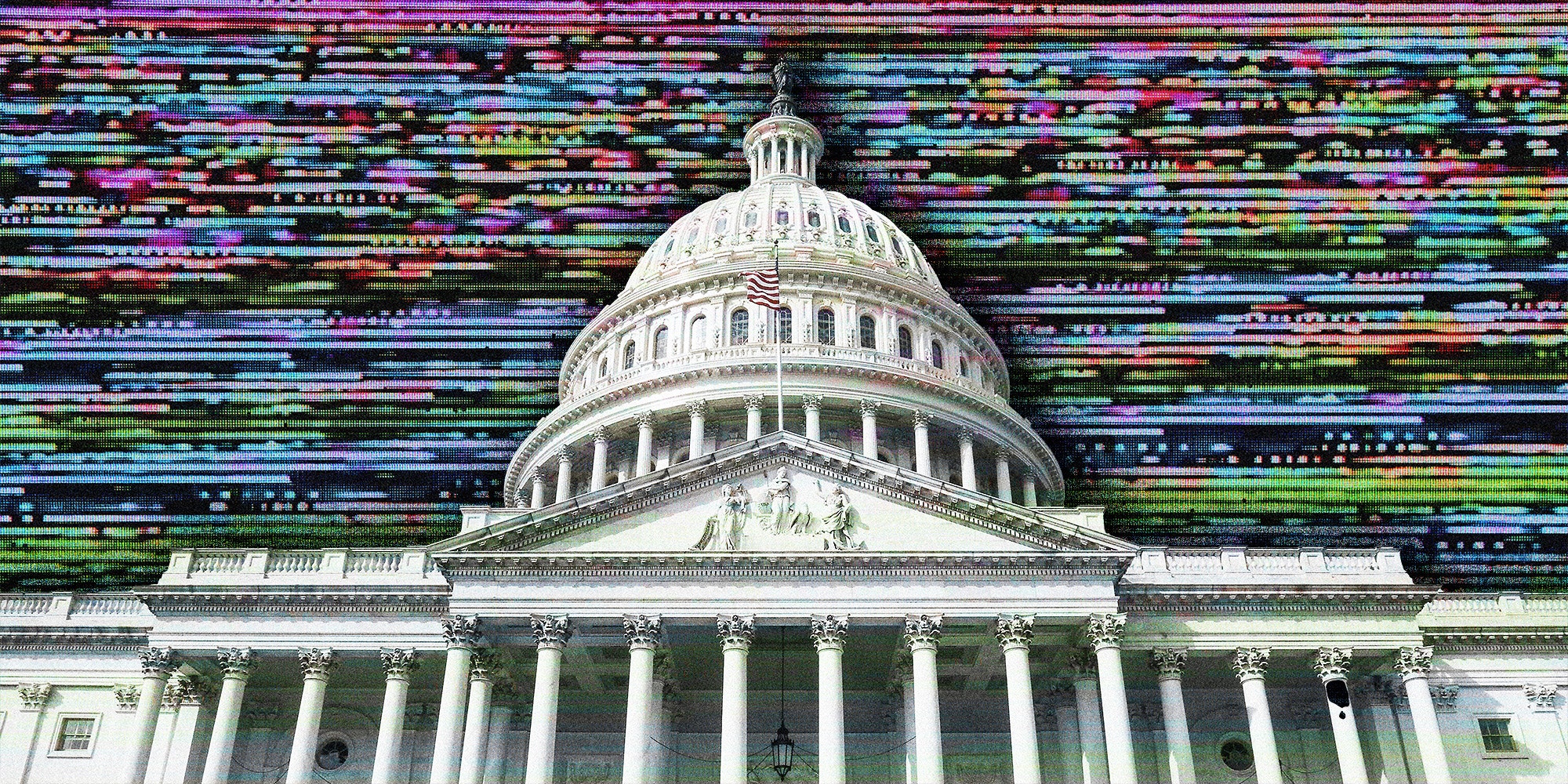 “Tech companies’ increasing reliance on encryption has turned their platforms into a new, lawless playground of criminal activity.”

That was the central argument made by Sen. Lindsey Graham (R-S.C) when he introduced the ‘Lawful Access to Encrypted Data Act’ in summer 2019. And it was an understandable filing, particularly for adherents to a “law and order” approach to policy. Too bad it’s entirely out of line with modern understandings of encrypted data.

For Graham, this bill was the key to unlocking various devices that could not previously be taken or appropriated by both security and law enforcement alike.

It was also the exact opposite of what every tech expert sees as a good policy idea. One Stanford cybersecurity fellow described the bill as a “nuclear assault on encryption.”’ Another described it as building a literal backdoor for cybercriminals and foreign agencies to steal U.S. data. The failed bill also stretches its legal authority to regulate Section 230, the infamous legal text that protects much of the internet from lawsuits. Much of what the bill tries to do is outside the realm of tech policy. And yet, it is what one of Congress’s most vocal Republican leaders is pushing for.

This case is merely one of several dozen congressional bills or acts intended to regulate how technology works that completely fails to understand how technology works. It’s a pattern that is reflective of something far more concerning within Congress’ infrastructure.

“There are 535 legislators who are trying to comprehend a fantastic quantity of issues,” Kevin Kosar told the Daily Dot. “….and doing so while trying to raise money to get re-elected, respond to demands for their time from constituents, their parties, interest groups, and the media.”

Kosar currently serves as a resident fellow at the American Enterprise Institute and studies Congress’ internal workings. He is also the co-editor of Congress Overwhelmed, a new book expanding on the specific limitations that slow Congress’s ability to legislate.

Kosar notes that, like most humans, congressional members only have so much time. That’s why they require staff members to help them grasp the specifics of every sort of policy, including technology. Unfortunately, that staff count has been shrinking over the last 30 years.

In 1979, the House’s estimated number of staff members was around 9,000 to 9,500 people working in House personal and committee offices. By 2015, the number dropped to somewhere between 7,200 and 7,900. Rep. Alexandria Ocasio-Cortez (D-N.Y.) noted this disparity, tweeting a Politico article and saying, “This is because Congress doesn’t pay enough to retain working class talent.

“Conservatives use cutting Congress’ budget to score points, but this cuts staff wages so low that many can’t afford to work here or need a 2nd job.”

Congress also relies heavily on a constantly rotating number of interns to get their work done. Many of these students are white, come from families with a higher income, and are not from tech or engineering-oriented universities.  nd even those hired as official staff do not stick around for long. One survey found that 35% of staff members said they planned to leave their station in 1-2 years, while 33% of respondents planned to leave Congress in 3-5 years. Many of these staff members were fairly open that their time in Congress was not a long-term career but merely a stepping stone to something larger.

These limits limit the ability of Congress to bring in people who understand essential topics.

“It is worth remembering that our national legislature is by its nature an amateur one,” Kosar told the Daily Dot. “Anyone can get elected to Congress; one need not be a wonk on health policy, cybersecurity policy, or anything.” That’s why these ‘amateurs’ need people who can answer questions about cybersecurity or health policy for them.

If there are tech-savvy staffers out there, they seem to be too sparse. Travis Moore, a former chief of staff and founder of TechCongress, was only able to find seven staff members with technical experience throughout the Hill during his time inside Rep Henry Waxman’s office. Moore told the Daily Dot that the number has increased to 20 technically trained staff members as of 2021, but that only averages to around 0.2 percent of the workforce

Congress’ funding issues also limit support-oriented offices like the Congressional Research Service, the Government Accountability Office, and the Congressional Budget Offices. While most people will likely never pay attention to these agencies, they’re critical. Kosar describes the agencies as a “source of shared facts and data that can be accepted by everyone and used as a basis for discussing policy.”

These pacing problems aren’t that surprising, considering who is in Congress. Kosar told the Daily Dot that “very few congressional staff are technology experts. And there are no congressional committees that focus on technology issues, unlike, say, judicial issues or national defense.” And those tech policies will be handled by several different committees. The Senate Judiciary Committee might address the question of encryption, while Armed Forces could deal with cybersecurity. In the early years of the internet, Congress used cybersecurity to describe anything tech-related. “Even internet freedom was a cybersecurity issue,” notes Lorelei Kelly, Director of Congressional Modernization at Georgetown University. “But Congress didn’t have a way to understand the technology and the internet institutionally. All of their offices for building reliable resources for understanding the world around them had been wiped out.”

What Kelly is referring to was the Office of Technological Assessment. The office was founded in 1972 to help Congress grasp quickly progressing developments in energy and nuclear policy. The agency produced more than 750 studies on everything from nuclear weapons to global climate change in that period. It also provided a comprehensive board of experts for Congress to speak with, including technologists, engineers, and computer scientists.

The OTA’s beneficial presence would evaporate with the arrival of the Contract for America, Newt Gingrich’s plan to shrink Congress, which cut the OTA in 1995. Many Republicans from that era still view the OTA as unnecessary, even going as far as to claim that the office was “duplicative, wasteful and biased against their party.”

But with Big Tech a prominent policy issue in the post-Trump era, there is a multitude of technology issues to be considered. The Department of Justice is still pursuing an antitrust lawsuit against Google. Several lawmakers in both parties have suggested changes to Section 230. And Congress has called for several hearings to deal with misinformation in cable broadcasts and on social media. It is imperative that Congress understand what it is they are asking of these companies.

But Congress has no desire, it appears, to improve itself.

That means that other agencies are stepping in to assist. Organizations like New America’s TechCongress and the American Association for the Advancement of Science have been sending technically-oriented fellows to assist with tech-oriented policy matters and hopefully get long-term jobs. Travis Moore of Tech Congress says that they provided 16 fellows to various offices in 2021 and intend to expand the number of fellows to 24 in the next two years.

While 24 fellows may sound small, Moore believes that this will be enough to help ensure that every piece of tech-oriented policy is read and processed by an actual technologist. This will help avoid massive technical errors in the legalese.

Both Kelly and Harris see endeavors like TechCongress as positive initiatives that help bridge the knowledge gaps in Congress. But others are less convinced. “Why are private philanthropies having to pony up the money to support organizations who lend talent to Congress?” Asks Kosar. “Why is Congress not funding its own needs adequately?”

The post Why Congress can’t handle the coming decade of tech problems appeared first on The Daily Dot.