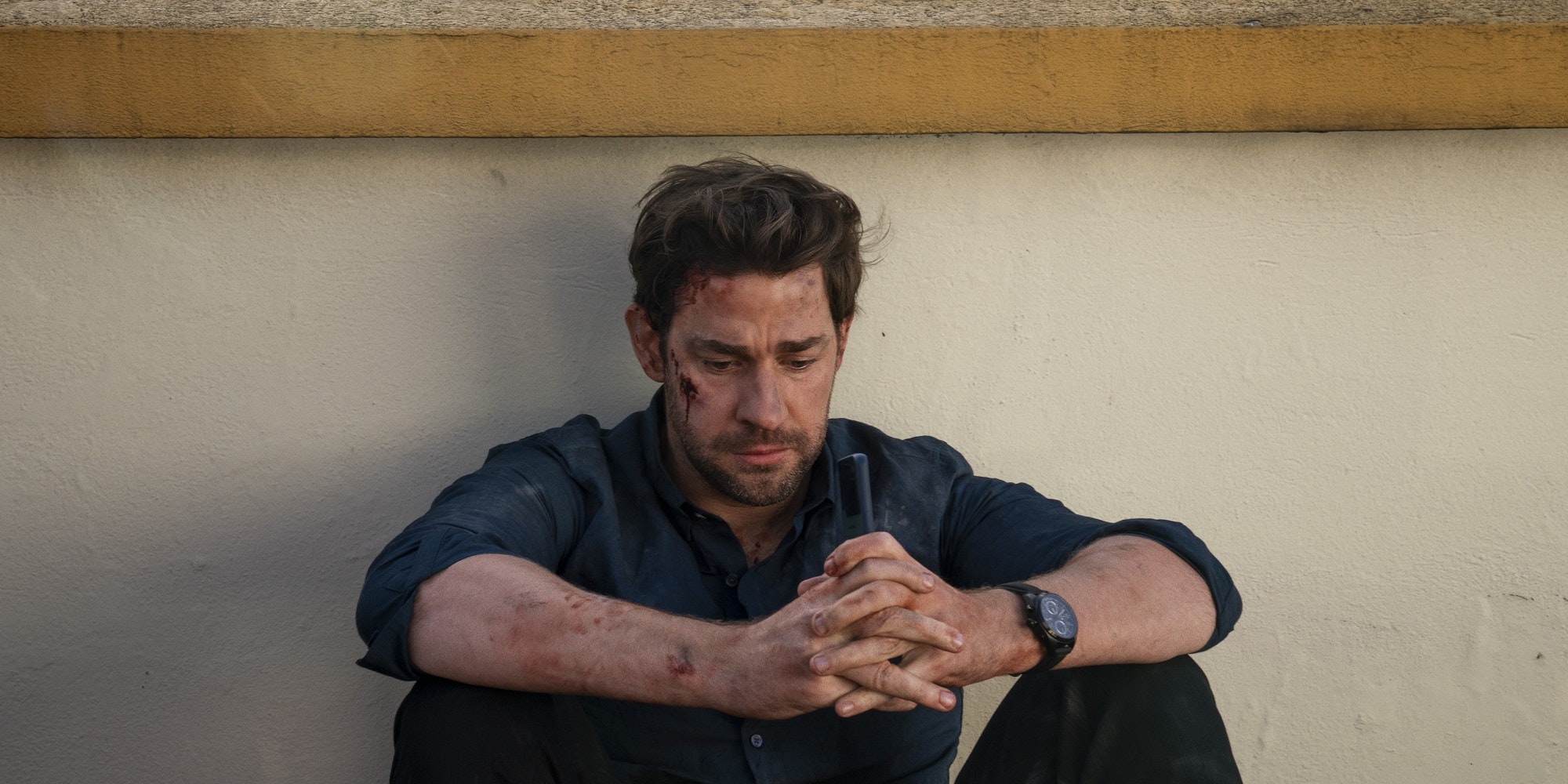 With new WandaVision episodes debuting in the middle of the night, spoilers arrive on Twitter before most people even watch the show. But this week, something weird happened: fans were tweeting about a John Krasinski cameo that didn’t actually happen.

Episode 7 is a pastiche of mockumentary-style sitcoms like The Office and Modern Family. It features characters talking straight to the camera, and Westview’s suburban universe now basically looks like the present day. Since WandaVision already includes several sitcom stars among its main cast—Kathryn Hahn, Randall Park, and Kat Dennings—fans began to wonder if The Office‘s John Krasinski might be an ideal choice for some stunt-casting. Specifically, people hoped he’d play the Fantastic Four’s Reed Richards.

This inevitably led to jokes about that time when WandaVision‘s Randall Park substituted in for John Krasinski on The Office:

This fan theory may sound like total wishful thinking, but it does have some basis in the show’s canon. Kind of. Alongside John Krasinksi being a genre-savvy choice for a cameo role, WandaVision already teased the arrival of an “aerospace engineer” who could easily be Mr. Fantastic, aka Reed Richards. And since Krasinksi is a tall white man with a beard, he… kind of resembles Reed Richards in the comics?

As it turns out, John Krasinski isn’t in episode 7, although some fans are still hoping he’ll turn up next week. Meanwhile, the “aerospace engineer” remains a mystery. Monica Rambeau may just have been referring to Major Goodner, a S.W.O.R.D. ally who delivered an armored tank to penetrate Westview’s magical barrier. Or she might have meant a character who hasn’t appeared yet.

At any rate, fans should keep this in mind: WandaVision is a show about Wanda Maximoff, and while it’s full of callbacks to the comics and the MCU, a Krasinski/Richards cameo would be pretty overpowering. Reed Richards is the lead character of a major superhero team, with a new movie franchise on the way. It would be weird to debut him in someone else’s Disney+ series, no matter how fun it might be to leverage WandaVision‘s sitcom setting for a Jim Halpert reference.

The post Why people think John Krasinski is going to appear in ‘WandaVision’ appeared first on The Daily Dot.

Twitch streamer banned after appearing to threaten his toddler during recording
That One Sound: Berleezy’s ‘That’s some bullsh*t’ soundtracks Texas winter storm
Advertisement