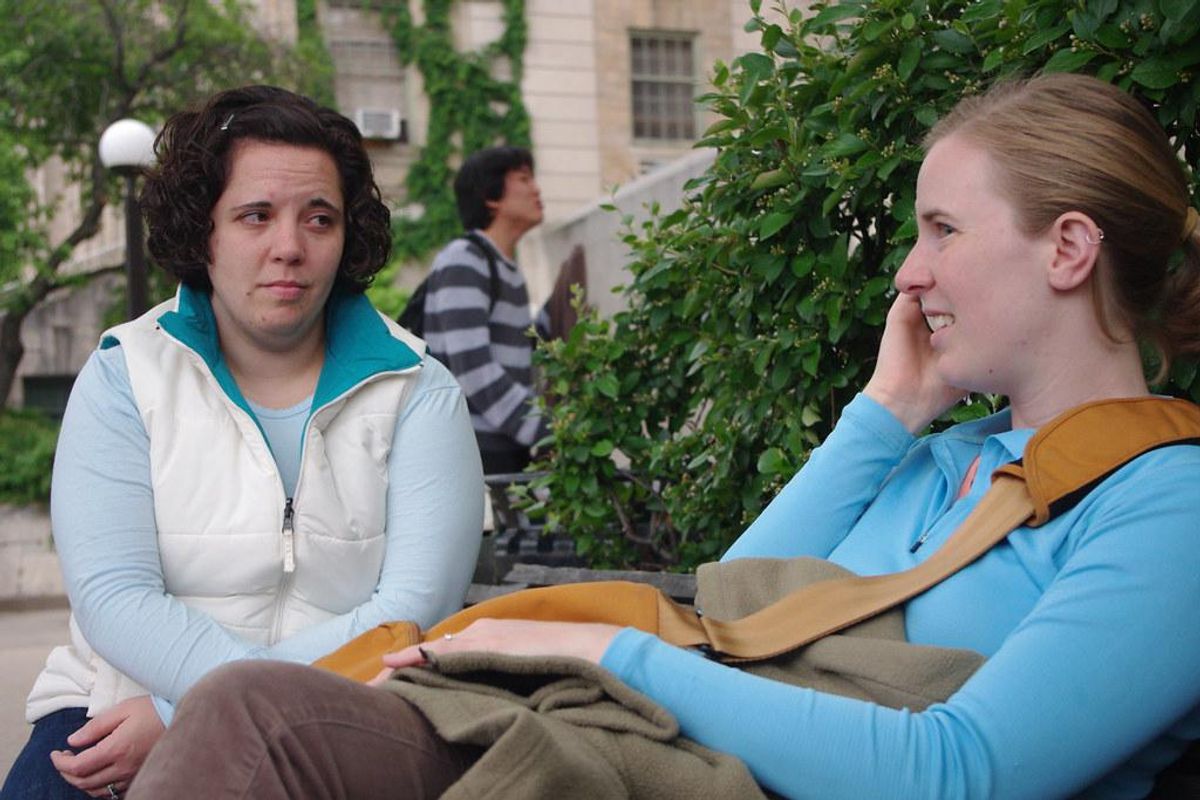 We thought things were bad in 2016, but, according to the Pew Research Center, things have only gotten worse. According to Pew’s 2019 study, both Democrats and Republicans see the other side as being “more immoral,” “more close-minded,” and less intelligent. If you go farther back, the number of Americans who view the other side as a threat to “the nation’s well-being” has doubled since 1994. Even when it comes to non-political values and goals, people in both parties believe the other side doesn’t share their same values.

You probably already knew that the USA is becoming increasingly more divided. You’ve probably even voiced that concern to friends, especially if you find yourself reading this article. In fact, that same Pew study found that majorities in both parties are concerned over the growing polarization happening in America. But, what can we do about it?

Many are quick to blame social media for the widening chasm— justifiable so. Social media companies are incentivized to create division. Twitter, Facebook, Instagram— all want people to spend more time on their apps, because attention has translated into profit. In an interview with NPR, Eli Pariser, Upworthy co-founder and author of The Filter Bubble: What the Internet Is Hiding from You, explained, “What most algorithms are trying to do is to increase engagement, increase the amount of attention you’re spending on that platform.” The tweets/posts/messages/memes you’re exposed to on social media are perfectly curated to appeal to you.

Social media platforms are echo chambers. Powerful algorithms ensure that you’ll never be exposed to an opinion you disagree with. It’s what Pariser calls the “filter bubble.” Increasingly, the people on the other side will seem unintelligent, because their facts will come off as incorrect. If you do follow someone you disagree with on social media, a wayward cousin or uncle, you’ll probably eventually mute, unfollow, or even block them.

According to psychiatrist and UCLA professor Dr. Joe Pierre MD, there’s an evolutionary reason behind why we like to create these cozy social media echo chambers for ourselves. “Cognitive biases like ‘binary bias’ tend to make us see decisions as consisting of two ‘black and white’ options, rather than deliberating over myriad shades of grey. That can be a helpful and even life-saving ‘heuristic’ when rapid action is needed, but obviously shortcuts our ability to consider other options.” Our brains are designed to make quick decisions, and that’s far easier to do when you see the world in binaries. You don’t have to deal with all that messy grey area that’s usually far truer to life.

In psychology terms, social media appeals to our confirmation biases, which Pierre defines as “the tendency to embrace information that supports what we and ‘our team’ already believe.” This, in turn, “reinforce[s] tribal instincts that steer us to see our social world through a lens of ‘us and them.'” This binary, us v. them way of thinking allows us to more easily belong and define our “tribe.”

In the same way there’s an evolutionary basis for us v. them thinking, there’s also an evolutionary basis for why we break out of that tribal, us v. them thinking. Understanding that we’re all part of the same tribe leads to compromise and altruism, a theory biologist David Sloan Wilson puts forward in his book Does Altruism Exist?. But, Pierre explains, “[compromise and altruism] tend to get discarded when we see others as ‘them’ and when resources are limited. Within an increasingly multicultural society like the US, and especially in the setting of modern economic anxiety, our more ingroup tribal instincts can often take over.”

So, how do we tap into that compromise and altruistic way of thinking? How do we begin to recognize all of humanity as part of our same tribe? Perhaps a good starting point would be to follow people you disagree with politically on social media. At least, that’s what data scientist and author Cathy O’Neil does. When asked about how to stop the filter bubble in the Netflix documentary The Social Dilemma, she explains, “you make sure you get a lot of different kinds of information. I follow people on Twitter that I disagree with, because I want to be exposed to different points of view.”

But, there’s a surprising conundrum when it comes to O’Neil’s suggestion. According to a 2018 study, researchers actually found that when Republican study participants followed a liberal Twitter bot, they emerged from the study more conservative. Democrat participants who followed a conservative Twitter bot became slightly more liberal, but not a statistically significant amount.

Though the study’s authors are quick to point out the limitations of the experiment, their findings do suggest that it’s not enough to just follow people you disagree with online. You also have to really open your mind to their perspective. You have to try to understand where they’re coming from. As Pierre puts it “there’s a conundrum with social media… being online tends to encourage behavior that bypasses the functional etiquette of face-to-face interactions such that if we’re limiting our exposure to those we disagree with to online interactions, we increase the chances of [over-simplifying] people’s personalities.” In short, face-to-face interactions with people on the opposite side of the political spectrum are the best route to creating that altruistic mindset.

That said, it can be hard to meet people you disagree with politically, and even harder to have a conversation with them about it. If you’re a Democrat living in a city, you probably find yourself surrounded by liberal friends. Likewise, if you’re a Republican living in the rural South, you may be equally hard pressed to find someone you disagree with. Our communities and friend groups are becoming increasingly more homogenous, findings again from Pew Research Center suggest.

So, perhaps social media can act as a starting point— a place where we can all dip our toes into the water of the “other” side. I recently started following my conservative House representatives on Instagram. It’s a small step. But, one of them has the cutest puppy, and with each adorable puppy pic I’m reminded that— even though we disagree on a lot— we can all agree on the universality of cute puppy photos. I do my best to keep an opening mind, to understand, and do that thing that social media tries to stop us from doing— to remember that behind every feed is a human being with desires, fears, and cute puppies.

Sarah Durn is a freelance journalist and author based in New Orleans, Louisiana and is the author of The Beginners Guide to Alchemy. You can read more from her at sarahdurn.com and on Instagram and Twitter.