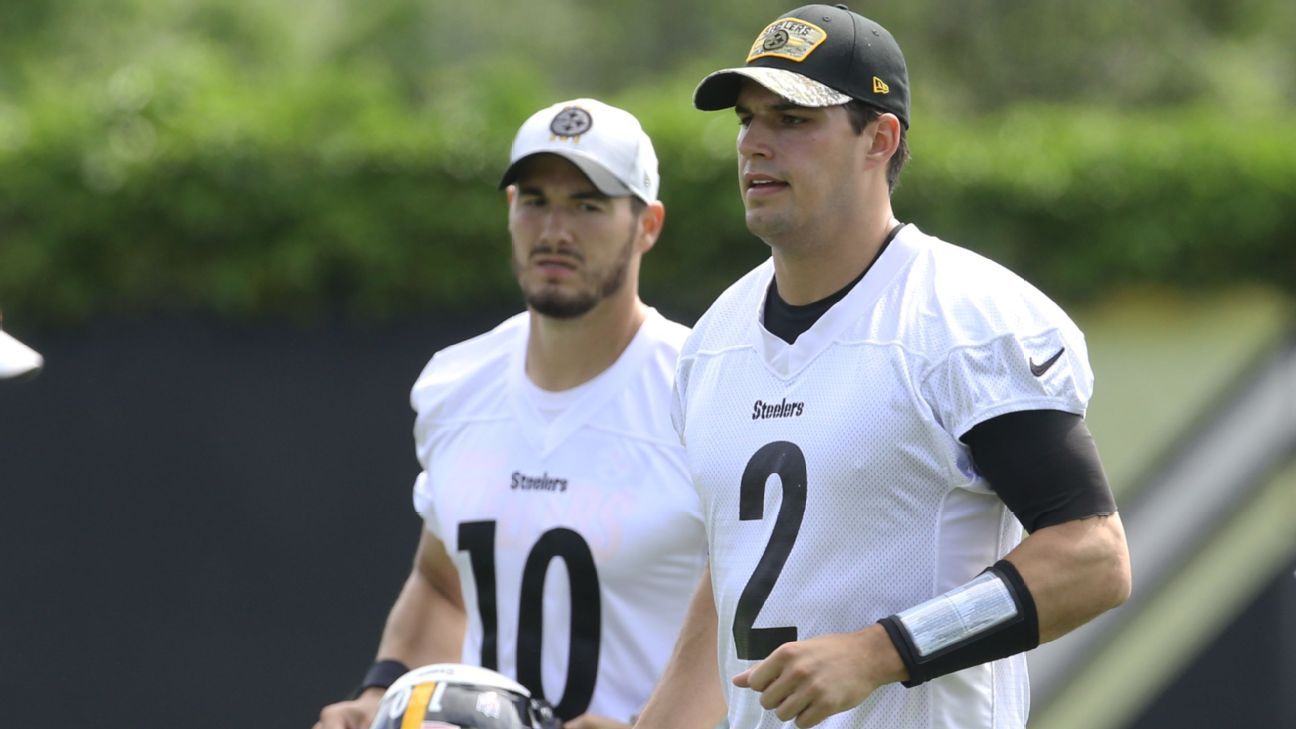 PITTSBURGH — Mike Tomlin isn’t ready to land the plane quite yet.

While Pittsburgh Steelers rookie quarterback Kenny Pickett will be listed as doubtful for Sunday’s game at the Carolina Panthers, Tomlin said Friday he wouldn’t name a starting quarterback until Saturday. Both Mitch Trubisky and Mason Rudolph have taken first-team practice reps this week.

“We got some clarity about where we’re going,” the Steelers head coach said Friday. “There’s just no need to land the plane until it’s required to land the plane. I like the work that we’ve gotten from Mitch and Mason this week. Both guys have split reps and seen enough situations, and not only what they’ve done this week, but the totality of what they’ve done makes us extremely comfortable in terms of considering both guys.”

Pickett exited last week’s loss against the Baltimore Ravens in the first quarter after taking a hard hit from Patrick Queen. After being initially evaluated for a concussion and cleared, Pickett played one more brief series before being re-evaluated and put in the protocol. He was a limited participant in each of the Steelers’ three practices, but mostly participated in just individual drills.

Trubisky took over for Pickett, and while he gave the team a spark with chunk plays and big passes to George Pickens, he also threw three costly interceptions, including two in scoring position and another on a deep ball to Diontae Johnson.

“Just gotta make a better decisions, just gotta protect the football,” Trubisky said. “Made some really good throws out there. We moved the ball up and down the field, but obviously I gotta take care of the football, especially down the red zone so we can come away the points. I’m looking forward to bouncing back this week and getting that opportunity.”

Trubisky, who started the first four games of the season before being replaced by Pickett at halftime of the Week 4 loss to the New York Jets, split first-team reps with longtime backup Rudolph all week in an effort to prepare both quarterbacks. Rudolph has been inactive every game this season and has primarily run with the scout team in practice.

“It was unique,” said Trubisky, who added the reps were split pretty evenly down the middle. “We got a lot of work in that’s for sure, splitting the one reps and doing some scout teams. It was a good week of competition. Felt good about our preparation. Everybody was locked in across the board, We had a good work week and whatever coach decides we’re gonna roll with. I’m excited for the opportunity to bounce back and just get this team back on the right track.”