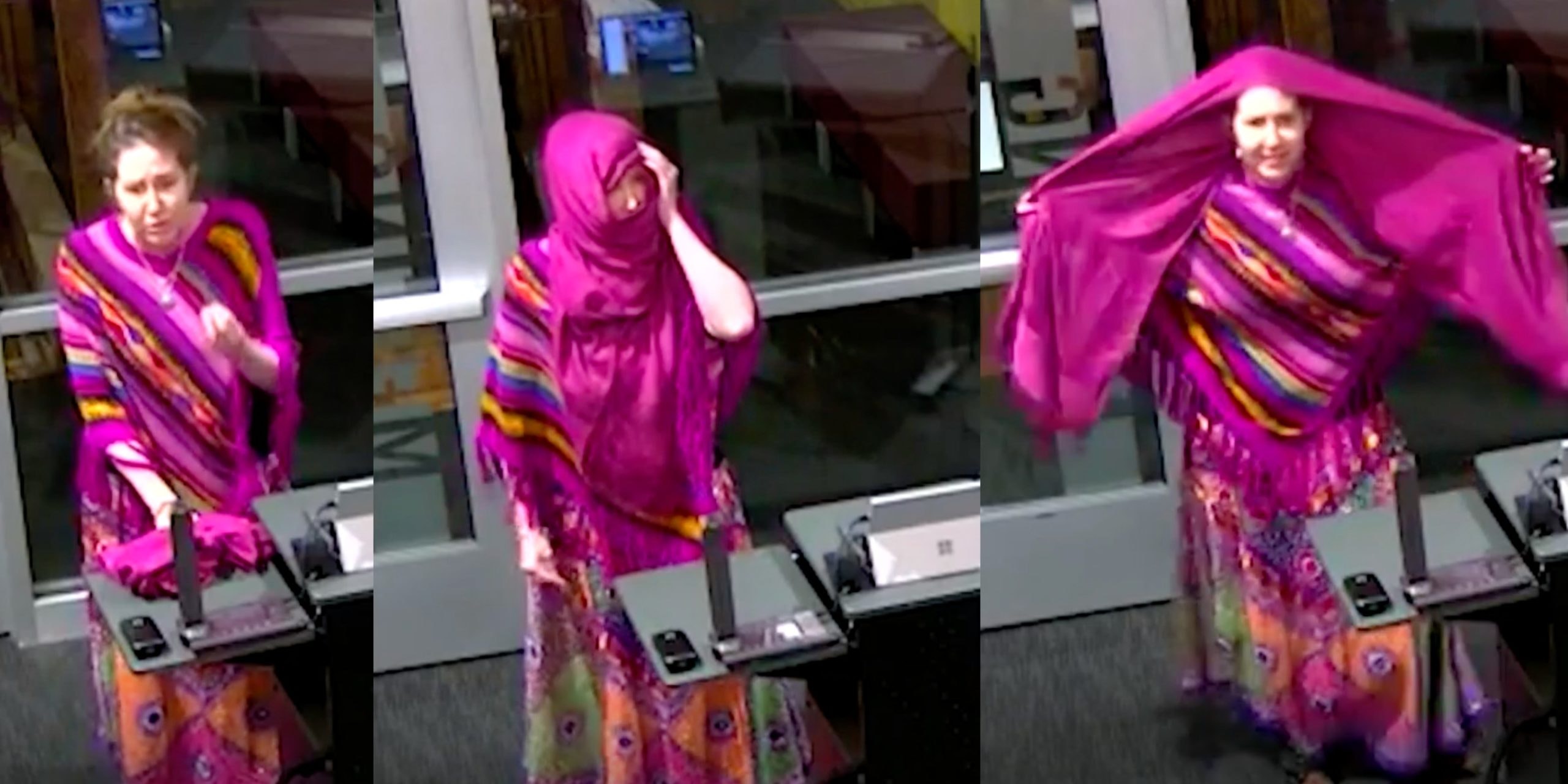 A video has emerged showing an Idaho woman crying at a City Council meeting about how she has to “dress like a freaking Muslim” due to mask mandates on her campus.

On Monday, Katie Dugger showed up to a city council meeting in Lewiston, Idaho, to express her grievances about having to wear masks, TMZ reported.

At the meeting, Dugger is seen walking in with a scarf wrapped around her head, in a long gown—which she later says she got from Peru.

“I don’t even know where to begin,” she says as she settles in behind the mic. Dugger says that she took the previous semester off from school because she couldn’t wear a mask.

“It doesn’t matter why but it’s very traumatizing for me to put on a mask because of something that happened to me when I was a kid,” she says.

“I got this in Peru,” she goes on to say, flailing her gown. “I’m wearing this because the only way I could go to school today was ’cause I had to act like I had on a freaking burqa.”

She covers her face with the scarf, imitating the niqaab, the Islamic face covering many women wear.

“So for me to go to school and get an education, I had to dress like a freaking Muslim,” she says, her voice growing louder.

Then she starts crying, “This is terrible. I wanna go to school. I wanna make this a better place.”

She goes on to say how uncomfortable it is for her to wear the mask because it makes her sweat and questions why taxpayer money is being used on signs about masks.

“What kinda people do we wanna bring up? [Where] we cover our face—you cant see who you are? Hide your identity?” she says.

Dugger wasn’t the only one to express her frustrations over mask mandates at the meeting, according to TMZ. She also isn’t the first person to compare face masks to burqas and talk about them in a derogatory manner. Throughout the pandemic, there were numerous conspiracy theories about how wearing a face mask was a way of “conditioning” America into a Sharia law society.

According to Dugger’s Facebook profile, she is a member of the Idaho Federation of Republican Women. In April, Dugger posted numerous videos of herself attending social gatherings as well as cheering on people at them and railing against the-then enforced bans on them.

The post Woman says she dresses ‘like a freaking Muslim’ to get away with not wearing mask appeared first on The Daily Dot.