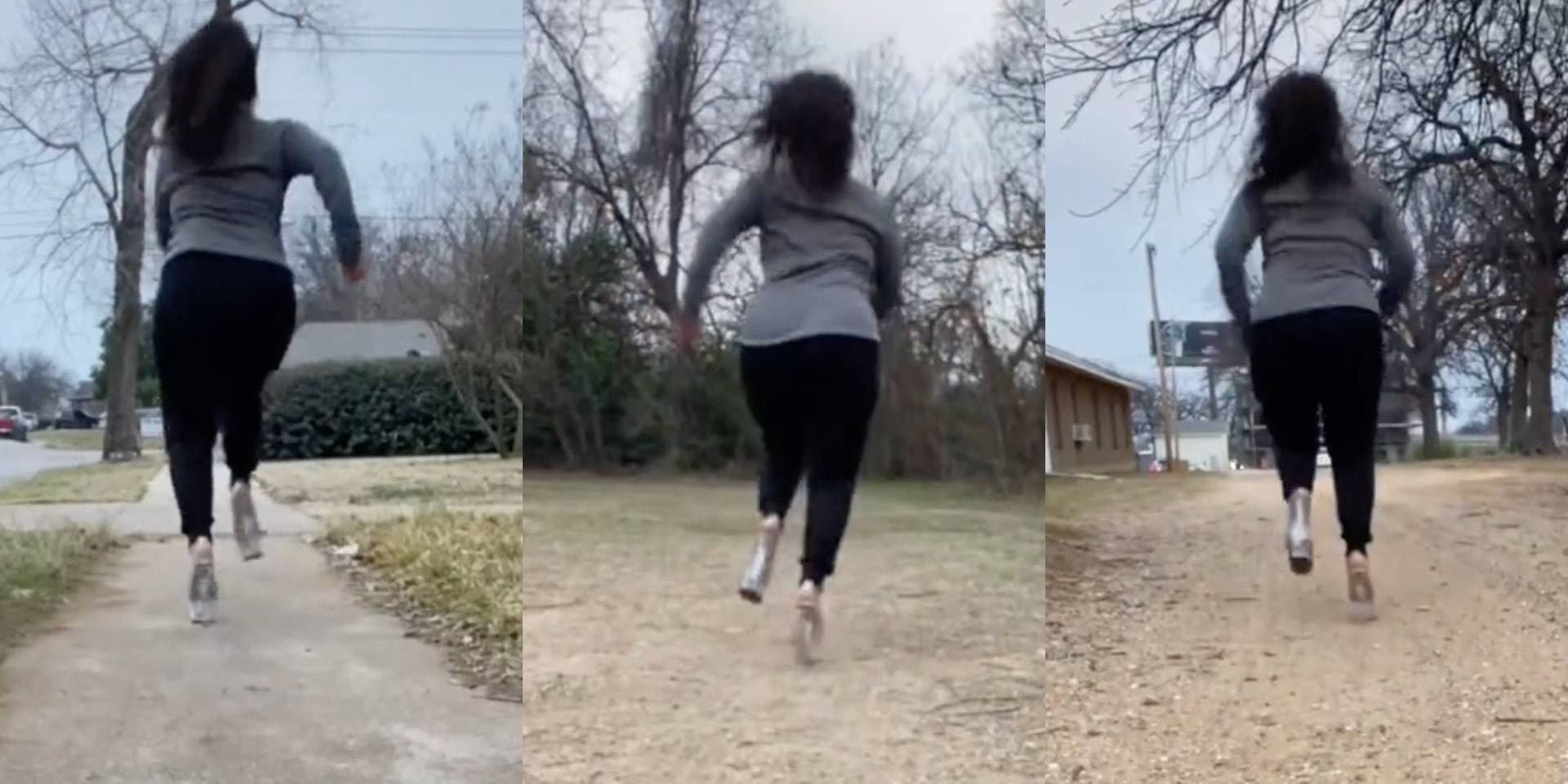 A woman left millions of viewers in awe when she uploaded a TikTok of herself dashing across a variety of harsh terrains in perilously high heels.

TikToker @feliciamonique08 first stunned viewers with her ankles and calves of steel on Wednesday when she replicated a challenge from @cityboiixx. “Bitch, who can’t run in heels?” @cityboiixx asks, then proceeds to dash across the pavement in four different pairs of pointy shoes. SpongeBob Squarepants’ “Jellyfish Jam” is playing in the background. Obviously.

@feliciamonique08 recreated the video, but instead of dashing across pavement, she ran through a field. Viewers were still dazzled; the video has earned more than 1.9 million views and 350,000 likes since @feliciamonique08 uploaded it two days ago.

But @feliciamonique08 wasn’t content to stop at four levels. Yesterday, she uploaded a second video running across even harder surfaces in Pleaser heels. She traversed concrete, asphalt, grass and dirt, and rocks and dirt at supersonic speed, never once faltering.

Viewers were spellbound. @feliciamonique08’s second challenge video is twice as popular as her first, accumulating more than 3.8 million views in less than 24 hours.

“The strongest ankles I have EVER seen,” one viewer commented.

“If the apocalypse happens, I want you on my team,” another wrote.

@feliciamonique08’s incredible feats of athleticism have since migrated to Twitter, where users were similarly amazed.

The post Woman sprinting across rocks in heels is TikTok’s newest hero appeared first on The Daily Dot.