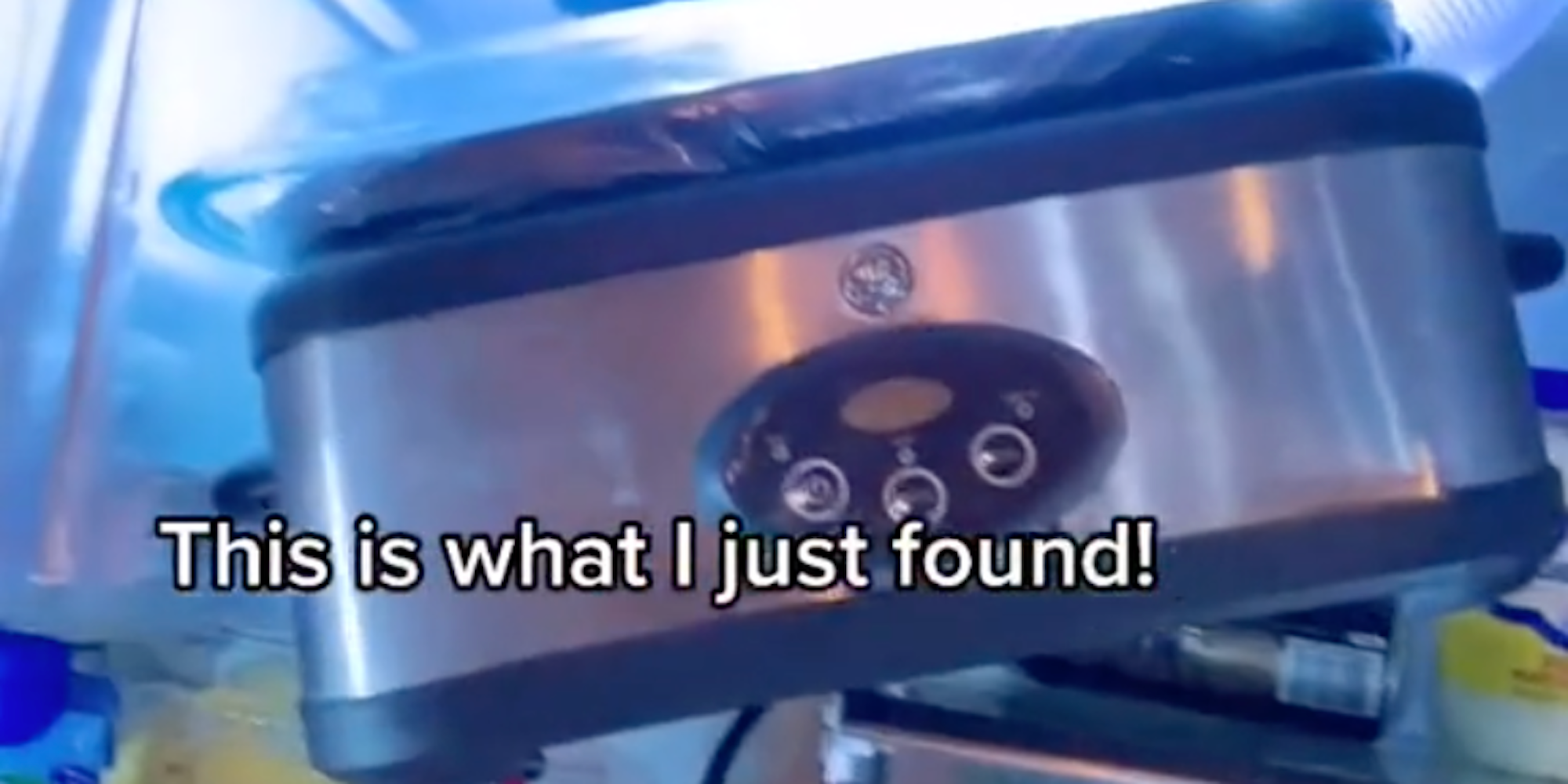 When TikToker @sarah_jade_ posted a video about her husband’s inability to correctly put away leftovers, she was not expecting it to go viral, or the collective outrage it inspired.

In the video, cackling so hard it sounds like she’s struggling to breathe, she opens her fridge, revealing what seems to be a slow cooker placed precariously on top of the other groceries. While some of her viewers also found it funny, the biggest reactions were anger and frustration.

One reason @sarah_jade_’s video got such a strong response is because it ties into a wider pattern of men doing a deliberately bad job at household tasks to avoid being asked to do them again in the future.

While @Sarah_jade_ also tagged the video with #prankwars, implying this may be part of a larger, mutual exchange with her husband rather than a case of a man being deliberately useless, it was a little too close to an annoying everyday reality for many.

With at least one man signing off on this kind of behavior right there in the comments: “Bet you don’t ask him again. Well played bro.”