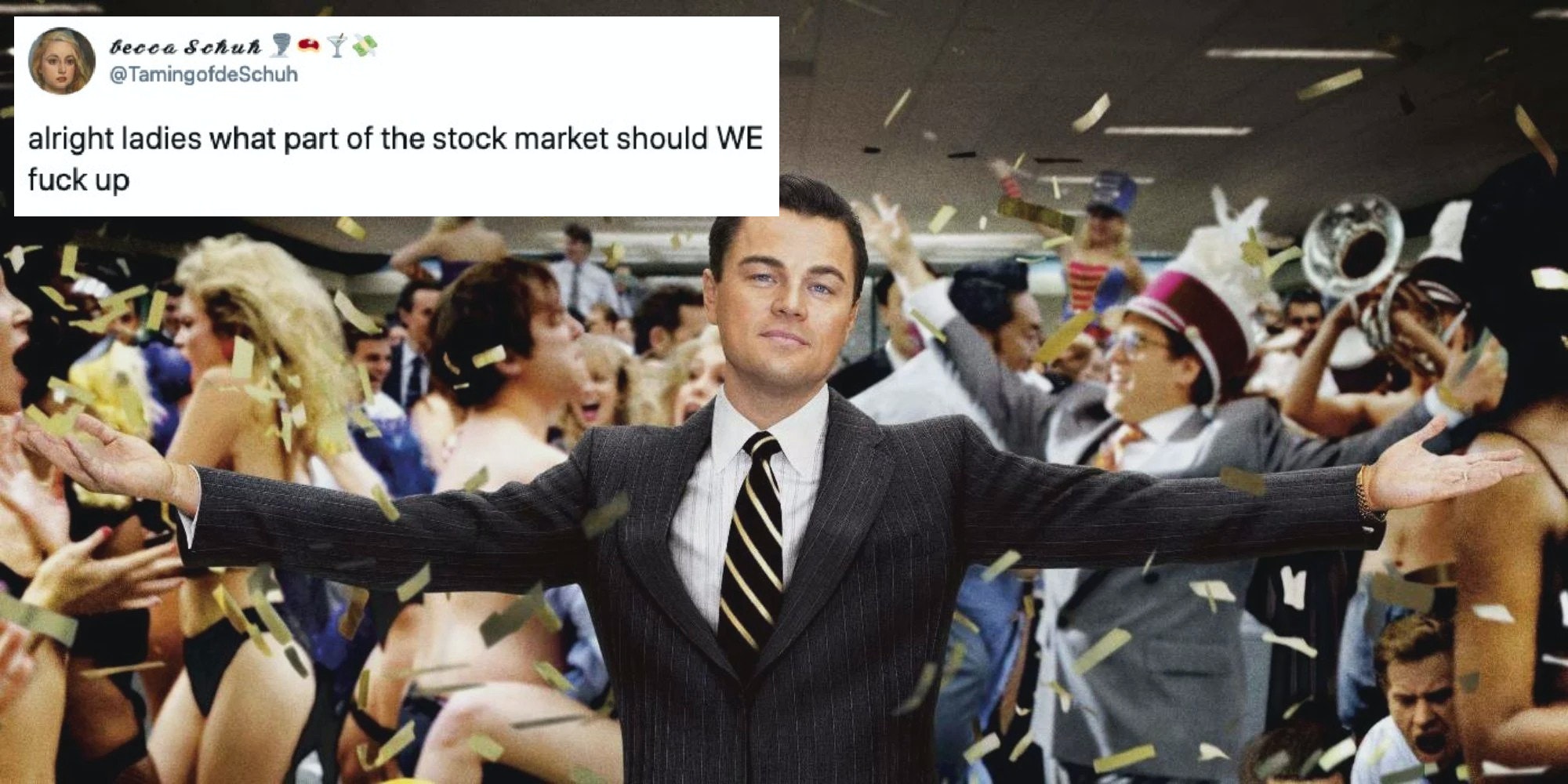 Last week, the nearly unthinkable happened when Wall Street investors were beaten at their own game, as the r/wallstreetbets subreddit caught wind that smarmy short-sellers were attempting to squeeze GameStop out of business. (See here for a simple explainer on short-selling stocks.) In response, amateur traders stampeded to buy stock in the once-ubiquitous brick-and-mortar video game retailer, which has faced problems in recent years—particularly during the pandemic.

The fallout was swift and merciless. Stocks in GameStop soared, and investors lost billions. The hedge fund Melvin Capital Management alone is in the hole for $2.75 billion. And now, internet rascals are targeting other lowballing, short-selling stocks such as Nokia and AMC to screw with the Wall Street elites. But, because the stock market has typically been a male-dominated industry, women are now piping up to suggest businesses catering to women that could use a bump.

But they weren’t the only ones. “Alright ladies what part of the stock market should WE fuck up,” tweeted user @TamingofdeSchuh, which resulted in a spirited discussion, as users suggested brands such as Express, Limited Too, Sally Beauty, and more as worthy targets for reverse short-selling.

Oddly enough, there has also been a lot of love for Build-A-Bear Workshop, the retail chain founded in 1997 that lets you assemble your own teddy bear or other stuffed animals.

One user was just bemused in learning that the Build-A-Bear stock ticket is the same abbreviation as “Big Beautiful Woman.”

There have also been plenty of jokes from women who generally think this whole Wall Street short-selling business is ridiculous and would prefer to stay out of it, thank you very much.

As they say, the stock market is all fun and games until someone loses their rent money and car payment. Troll-invest responsibly, ladies.

The post Women are making memes about what stocks to mess up next appeared first on The Daily Dot.