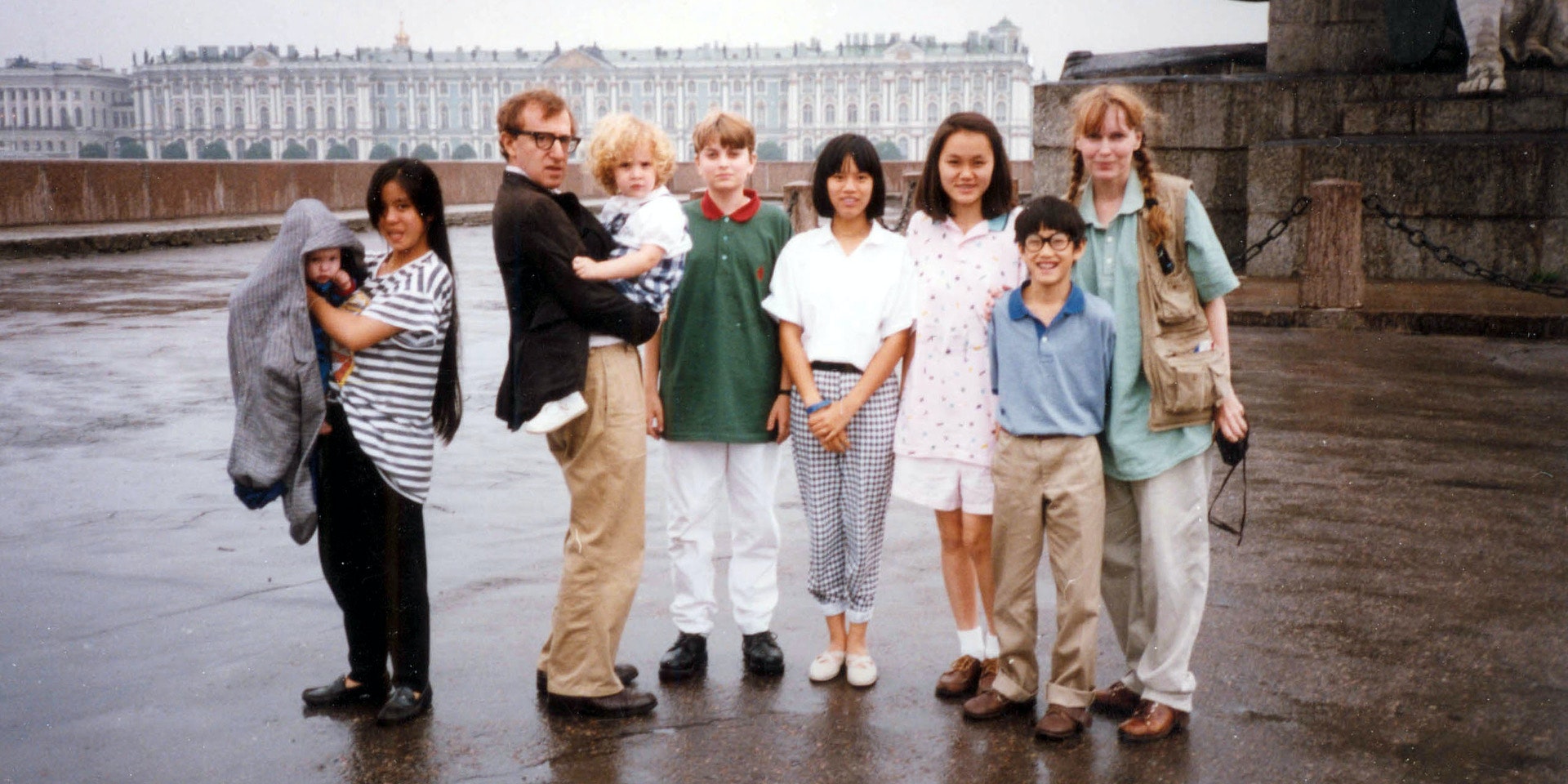 On Sunday, HBO debuted the first episode of Allen V. Farrow, a four-part docuseries from directors Amy Ziering and Kirby Dick that goes in-depth into Woody Allen and Mia Farrow’s decades-long relationship and allegations that Allen sexually assaulted his daughter Dylan Farrow in 1992 when she was 7 years old. (Allen has denied all allegations.) In the wake of the docuseries’ premiere, Allen and his wife Soon-Yi Previn released a scathing statement condemning the docuseries, which they described as a “shoddy hit piece.”

Allen V. Farrow interviews several members of Farrow’s family, including Farrow herself and her children Dylan and Ronan, and it contains interviews from others who have never spoken publicly about what Dylan says happened to her or the investigations into Allen that followed. Allen was never charged with a crime, although in 1993, Connecticut prosecutor Frank Maco said that while he had “probable cause” to charge Allen, Maco didn’t go through with it because he didn’t want to subject Dylan to a trial that could further traumatize her.

Allen and Previn were not interviewed for the docuseries, although portions of Allen’s recent controversial memoir, Apropos of Nothing, make an appearance. In the wake of the docuseries’ premiere, Allen and Previn (Farrow’s daughter who Allen later married), through a spokesperson, said Allen V. Farrow doesn’t have any truth to it and that they were only approached to appear in the docuseries “less than two months ago” and given days to respond.

“These documentarians had no interest in the truth,” the spokesperson said. “Instead, they spent years surreptitiously collaborating with the Farrows and their enablers to put together a hatchet job riddled with falsehoods. Woody and Soon-Yi were approached less than two months ago and given only a matter of days ‘to respond.’ Of course, they declined to do so.”

The statement also included another denial from Allen about Dylan’s allegations and highlighted HBO and its working relationship with Ronan Farrow. (Ronan Farrow signed a deal with HBO in 2018 to make investigative documentary specials, but according to Deadline, Ronan didn’t produce Allen V. Farrow.)

“As has been known for decades, these allegations are categorically false,” the spokesperson continued. “Multiple agencies investigated them at the time and found that, whatever Dylan Farrow may have been led to believe, absolutely no abuse had ever taken place. It is sadly unsurprising that the network to air this is HBO – which has a standing production deal and business relationship with Ronan Farrow. While this shoddy hit piece may gain attention, it does not change the facts.”

Not everything revealed in the first episode of Allen V. Farrow is new, but that didn’t mean that many viewers weren’t still disgusted as they highlighted some of the disturbing aspects, such as Allen’s confessed behavior. As of Monday, Allen’s name is still trending on Twitter.

The second part of Allen V. Farrow airs on Feb. 28.

‘A soul for a soul’: Fans can’t handle joint news of Bobby Shmurda’s early release and Daft Punk’s breakup
Best casual sex sites to hit up after you get your vaccine
Advertisement