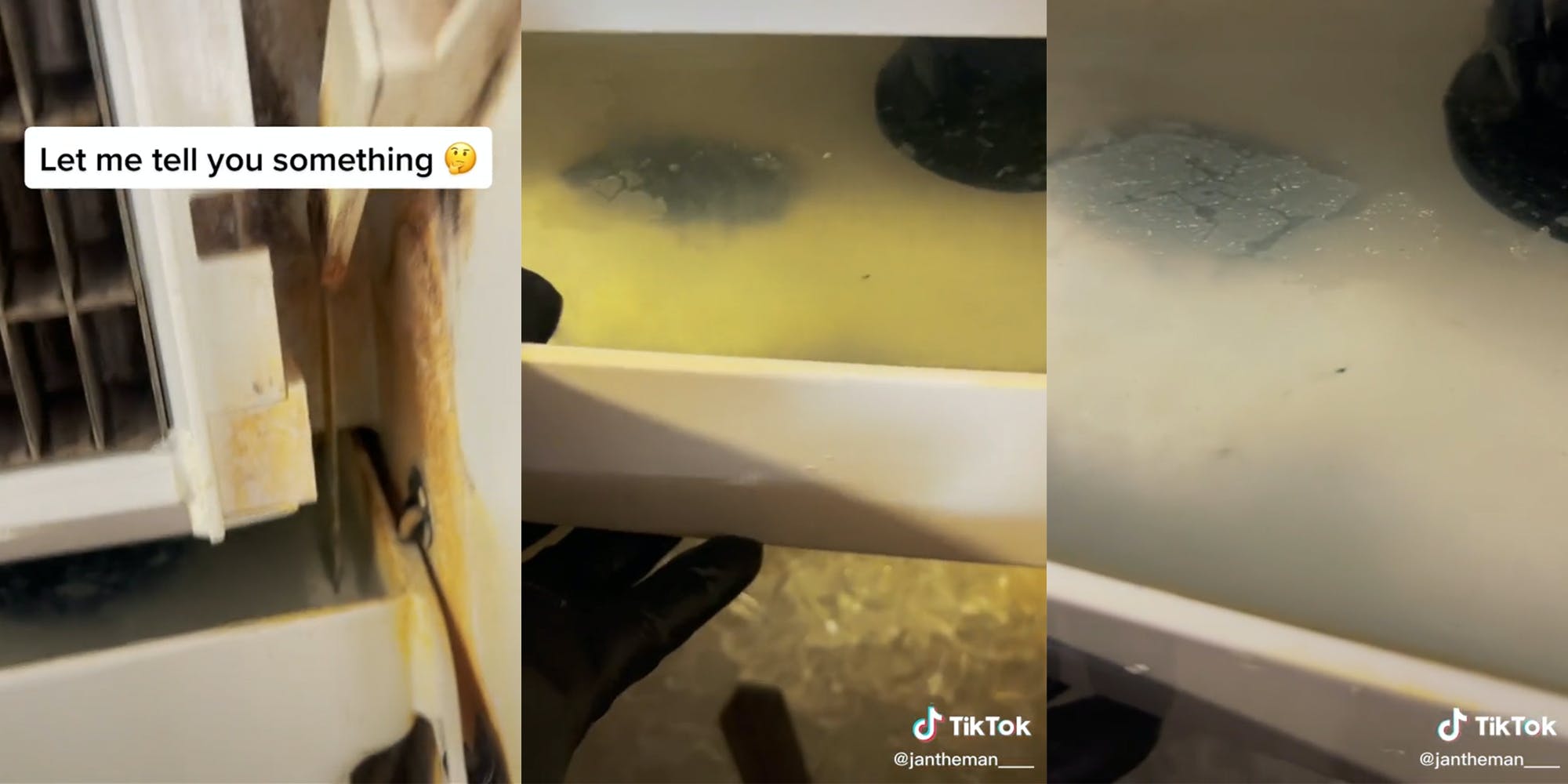 A heating, ventilation, and air conditioning (HVACR) worker shared how some restaurants don’t regularly clean their ice machines and use dirty water to make ice in a viral TikTok video.

@jantheman__’s video, in which he films how dirty the water is in a restaurant ice machine, amassed 2.7 million views and 238,600 likes since being posted last week. The ice machine’s location is not disclosed in the clip.

“A lot of times people go to a restaurant and get sick, and they think it’s food poisoning. Let me tell you—there’s a chance it was their ice that got you sick,” @jantheman__ says as he zooms into a dirty ice machine. A layer of scum floats atop the water in the grimy brown ice machine.

“That water is what’s making you sick. You can’t tell me this water hasn’t given people the runs. It’s so, so dirty,” @jantheman__, who boasts 100,000 followers, says.

@jantheman__ is an HVACR technician and TikTok creator who regularly posts videos about ice machines, often exposing how dirty commercial refrigeration can get.

Uncleaned ice machines are reportedly a huge culprit for dirty ice. Restaurants that don’t regularly clean and sanitize their ice machines run the risk of spreading bacteria like E. coli and coliform. In fact, a 2011 U.K study found enterococci and E. coli in 30% of the ice samples taken from 88 establishments.

Most of the 7,523 comments express concern over the cleanliness of restaurant ice and disgust at how dirty the ice machine is.

“If the ice machine is that dirty, the rest of the restaurant is neglected too,” one commenter, @kinzington, said.

“You think a kid being paid $7 an hour is going to clean that?,” another, @bigg_mommas_house, said.

“When I worked fast food I cleaned out the ice and there was black mold underneath,” @premiumplaygirl alleged.

The Daily Dot reached out to @jantheman__ for comment.

The post Worker exposes how fast-food ice can make you sick in viral TikTok appeared first on The Daily Dot.

‘You made so much money off me’: Bartender films man persistently hitting on her while she is trying to work
‘What really happened to my little cousin?’: Family seeks answers after Black teen drowns in lake while swimming with friends
Advertisement