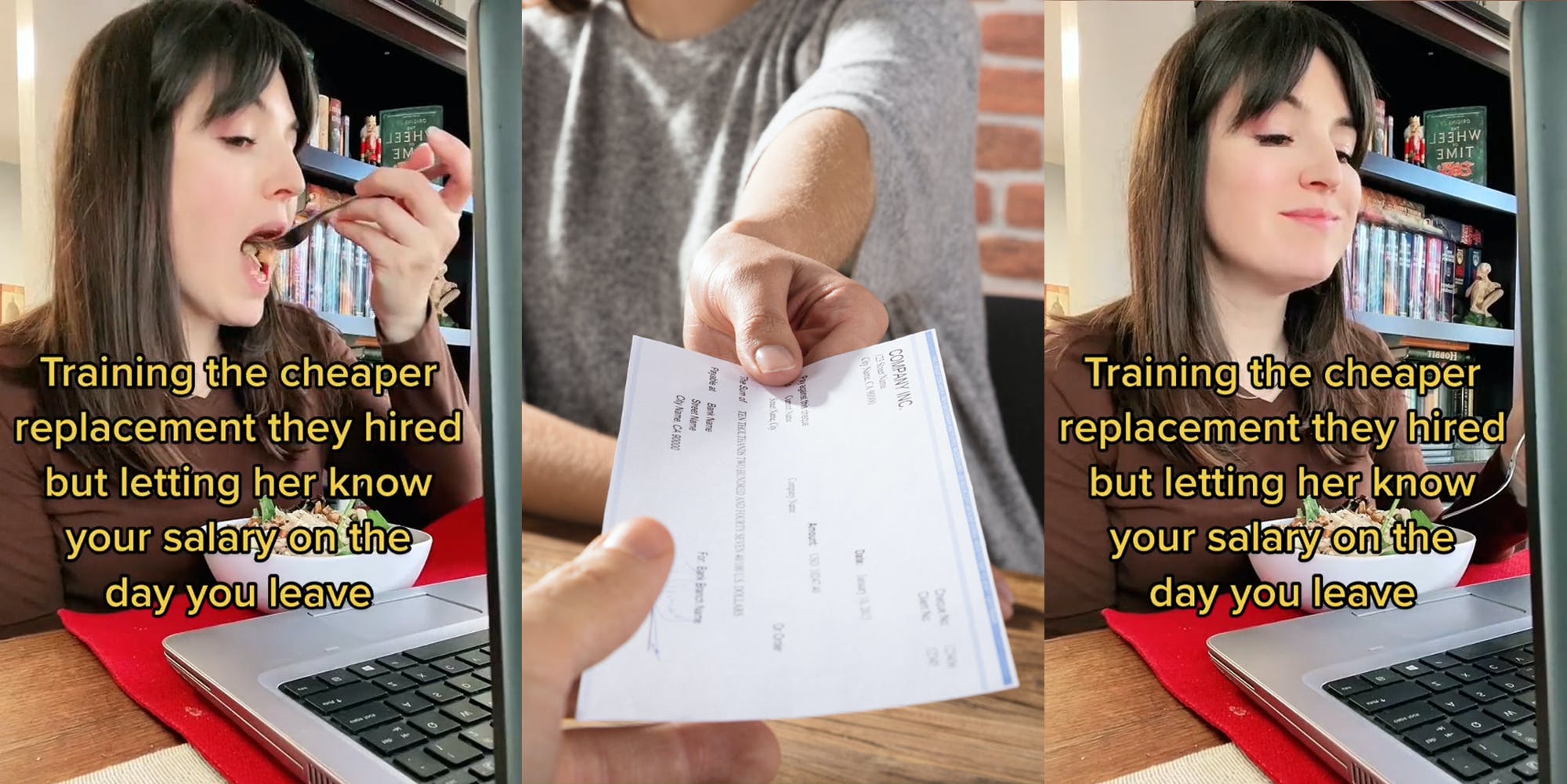 A woman on TikTok says she told the person hired to replace her just how much she was paid to do the same job.

The TikToker, named Kayla (@corporatecanadian), posted a video about the situation on Tuesday. In it, she is seen smirking as an audio clip from “Gossip Girl” says, “It’s so mean. Don’t do it. It’s the meanest thing you could do.”

In the video’s text overlay, Kayla elaborates on what the “mean” thing is.

“Training the cheaper replacement they hired but letting her know your salary on the day you leave,” she writes. Kayla adds in the caption, “Knowledge is power.”

Although the audio makes it seem as if Kayla revealed her salary to be mean, she clarifies in a comment under the video that she did it to give the new employee “leverage.”

Several viewers commented that Kayla did the right thing by informing her replacement.

“Actually it’s the right thing to do,” one viewer commented.

Others said they make a point of always being transparent about their salaries to new workers.

“One of my staff members wanted to get promoted to my job after I left. Told her how much I made to ensure she was treated fairly,” one user wrote.

“I stirred the pot when I left my job.told my coworkers my salary and they found out they were severely underpaid for the same title and with less time,” a second commented.

A third wrote, “Oh hell yeah! I was a TEMP being considered for full time and the woman I replaced gave me all the tea! Gave me the confidence to ask for more when they eventually offered the full time position!”

However, some TikTokers said they had the opposite experience – they found out their replacement hires were making more than them.

“Omg opposite with me, I was making significantly more. She asked me straight up how much they were giving me and I told her, she got up and left,” one viewer commented.

“When they hired the trainee a few years before I left at like $6 hr more than I started at, I just stopped communicating,” another wrote.

The Daily Dot reached out to @corporatecanadian via TikTok comment.

The post Worker says she told her ‘cheaper replacement’ her own salary the day she left after training her appeared first on The Daily Dot.