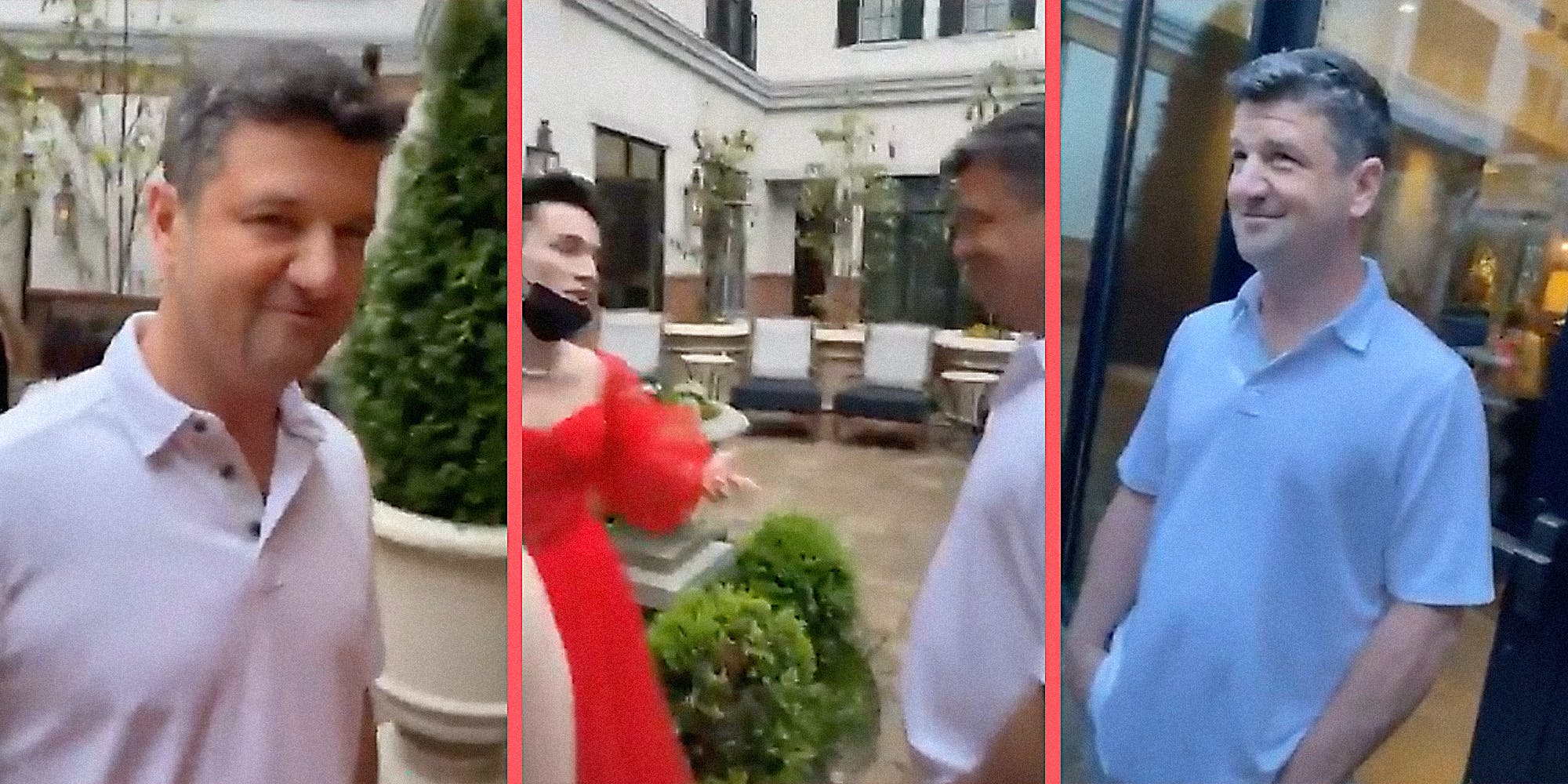 A CEO has been fired after video of him harassing a teenage boy who was wearing a dress to prom went viral.

Jacob Geittmann pulled his phone out to record after Sam Johnson, the now ex-CEO of VisuWell, began harassing his boyfriend in a Tennessee hotel where a group of teenagers gathered ahead of their prom.

According to Geittmann, Johnson first approached them as they were finishing up taking photos and preparing to leave the hotel. He immediately asked Geittmann’s boyfriend, Dalton Stevens, why he was wearing a dress and told him he shouldn’t be doing that.

Geittmann began recording the homophobic comments but says Johnson slapped his phone out of his hand to make him stop. He was eventually able to retrieve his phone and start filming once again after Johnson had already been following them for a while.

In the viral video, Stevens yells at a smirking Johnson, “I chose what I want to wear, so you can fuck off.”

Stevens tries to get away from the grown man while Geittmann draws his attention instead. But Johnson eventually returns to following Stevens across the room, ultimately cornering him against a wall.

At that point, Johnson tries to slap Geittmann’s phone out of his hand. He allegedly missed and wound up hitting Stevens in the back instead.

Johnson denied parts of the incident to Newsweek, insisting that he was actually confronting the teenagers about “obnoxious, loud behavior” and that they made the whole thing about the dress instead.

However, the video evidence shows the former CEO making negative comments about his clothing to Stevens and following him around the hotel, which looked like it was filled with teenagers.

Police said that they were called to the premises to force Johnson to leave after the hotel staff was unable to convince him to stop causing a problem. Johnson, however, says he and his family left of their own free will.

Johnson’s company, VisuWell, posted a statement saying that it “unequivocally condemn[s] the behavior exhibited by Sam Johnson in a recent video widely circulated on social media.”

The company said it spoke with “individuals involved” and decided to terminate Johnson’s leadership, stressing a culture of “respect, kindness, and compassion, especially for those from traditionally marginalized communities.”

The post ‘You look like an idiot’: Man follows teen around, harasses him for wearing dress to prom appeared first on The Daily Dot.

Trump supporter says he won’t get the COVID vaccine to own the libs
‘This is the beginning of my villain arc’: People are devastated after Lightning McQueen crocs sell out
Advertisement