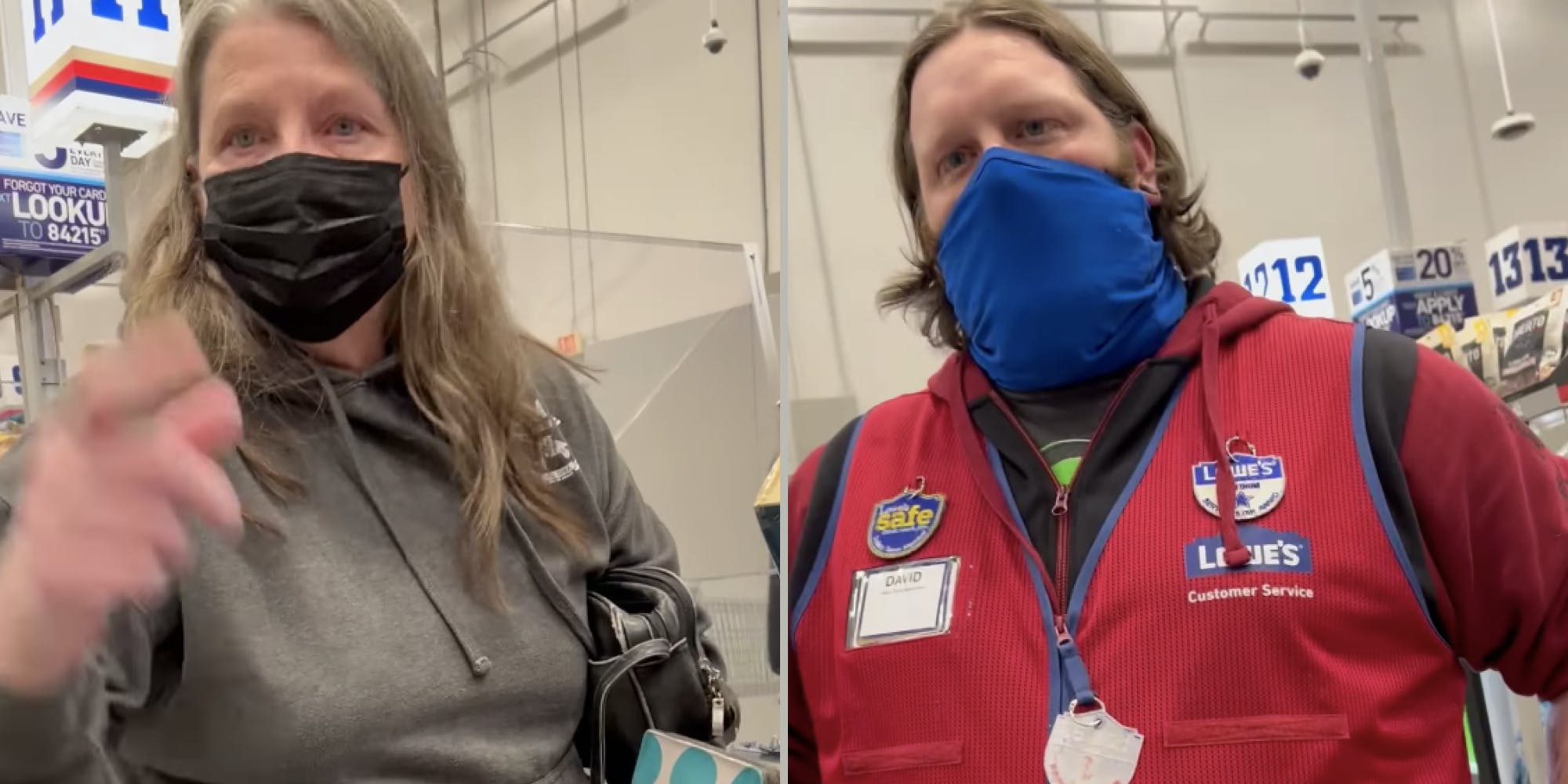 An Asian American woman is demanding an apology from Lowe’s after an employee mishandled a racist experience she had with another customer—and many on social media are rallying behind her.

Xuna Hu was shopping at Lowe’s in Springfield, Illinois on Jan. 17 when a white customer allegedly told her “Go back to your country,” Hu said in a Facebook post. The customer made these comments after taking one of the fire pits that Hu was waiting to purchase.

In the attached video, Hu asks the customer—a white woman—to apologize. Instead, a white Lowe’s employee, whose name tag identifies him as David, scolds Hu, telling her to delete the video and calling her “combative” and “hostile.” David also threatens to refuse her sale.

“I’m asking you politely to delete the video you are currently taking,” David says in the video. “There is nothing that you need the video for. There is no crime being committed.

“It’s not right to be racist,” Hu replies. “And I have full right to protect myself, take the video just in case she does something bad to me. It’s nothing to you, because you’re white.”

Many commenters provided words of support on Facebook and TikTok. Many criticized David for belittling Hu’s experience.

“David was gaslighting Xuna,” one Facebook user wrote. “David doesn’t get to decide how big of a situation this is. HE wasn’t the subject of the racist remarks.”

“The worst part is that no one stepped in to help this woman,” one TikTok user wrote. “Normalize standing up for the right thing.”

Now, Hu is demanding change from Lowe’s. In another Facebook post, she asked others to use her template letter to email the company’s CEO. A Change.org petition on Hu’s behalf has reached over 16,000 signatures. According to the State Journal-Register, Illinois state Rep. Theresa Mah started the petition after seeing Hu’s video. The email and petition both call for an apology to Hu and racial sensitivity training for employees.

The Springfield Lowe’s currently has a 1.4 star rating on Facebook. Many one-star reviews call on the store management to fire David.

Hu told the Daily Dot she appreciates the support she’s received from “people that I don’t even know.”

“All I hope is people to understand that racism is not ok,’” she said in a Facebook message. “We are all humans. We don’t have to hate each other because we look different. Right now it’s the really hard time for everyone. Please love, respect and support each other!”

The Daily Dot has reached out to Lowe’s via email.

‘As you should’: TikToker exposes neighbor who ‘Karen’d her a** off’ by telling apartment management about pets
‘Who’s buying this?’: TikToker finds Regal Cinemas food on Uber Eats, sparking debate
Advertisement