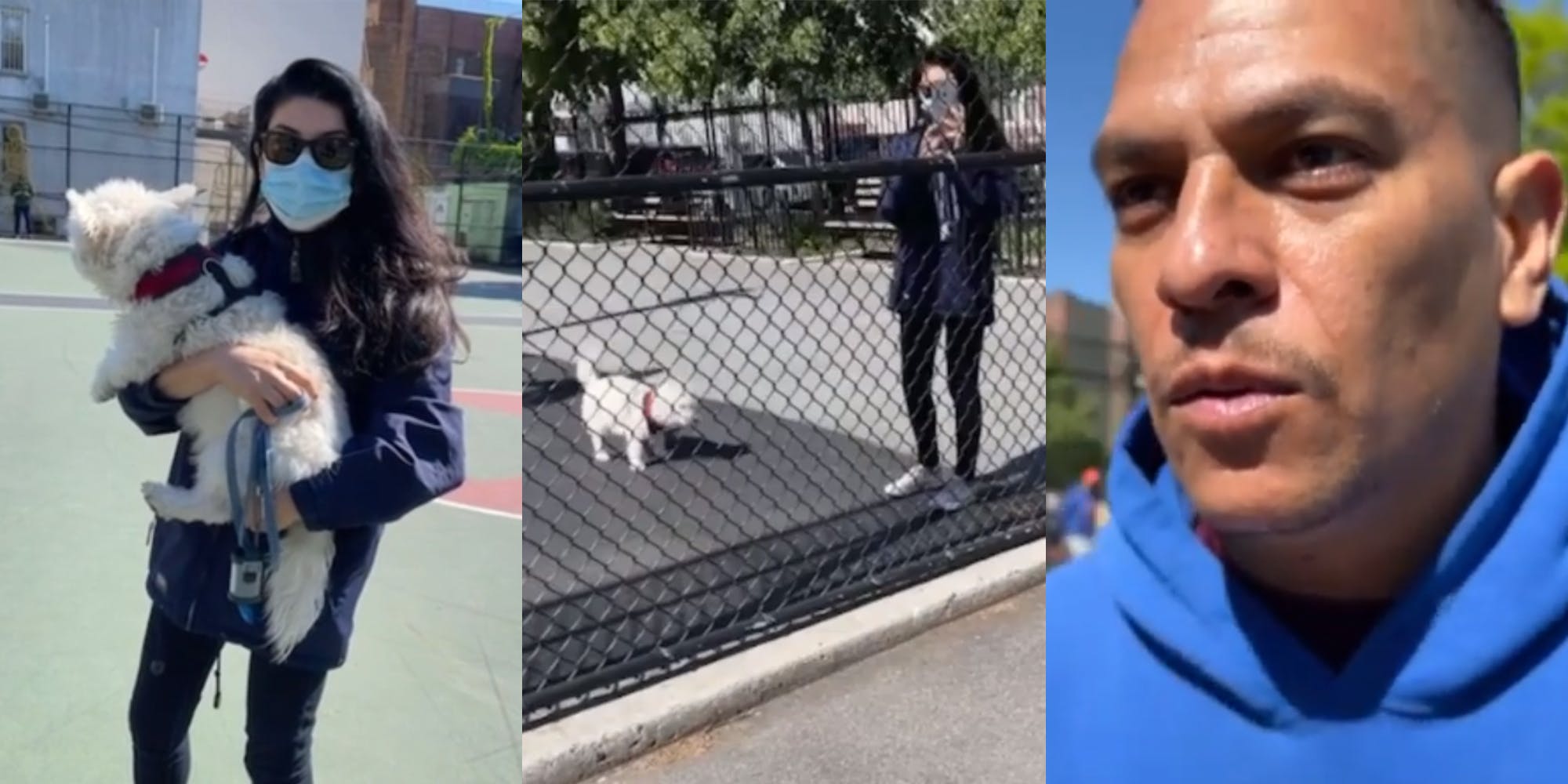 A viral video shows a woman dubbed a “Karen” lashing out at a man who asks her to keep her unleashed dog away from his child in a New York City park. The woman then calls someone who threatens the dad.

The video was posted by u/PlenitudeOpulence to Reddit’s popular r/PublicFreakout page. The argument over the unleashed dog is underway when the clip starts.

“You’re teaching your kid to hate animals,” the woman says.

“Your dog is not supposed to be in here, lady,” says the man. “You’re being really rude to us.”

“How am I being rude?” the woman asks.

“I told you to keep your dog away, and you’re accusing me of kicking it,” the man responds, standing in front of a stroller for his young child.

The woman says her dog isn’t a threat—which isn’t a view she can determine for another person’s child.

The man tells his kid, “She’s being scary and crazy.”

After a jump in the video, a man shows up running up onto the dad like he wants action.

The dad tells her the situation, but the man continues with the idea that the dog isn’t a threat.

“Away from your daughter? He’s not a violent dog, look,” he says, pointing at the dog.

The dad reminds them that there’s a sign that explicitly notes the prohibition of dogs in the play area.

Then the man then asks the dad, “Where are you from?” He also tells the dad that the Astoria neighborhood is pleasant.

The man tells the dad he’s “being ridiculous” and then threatens to report him to his brother-in-law, who’s a police officer. “Continue to be an asshole, and you’ll never come in this park again,” the man says. “I guarantee it.”

After the man leaves, the woman walks her dog directly next to where the dad is standing with his child in the stroller.

Fortunately, another man arrives and sides with the father, saying that the dog needed to be on a leash. He informs the woman that he felt uncomfortable with the dog off the leash.

The video ends with dad saying to the “Karen” that the dad “must not have been raised with animals in his house.”

The post ‘You’re teaching your kid to hate animals’: ‘Karen’ flips out when man asks her to put dog on leash appeared first on The Daily Dot.