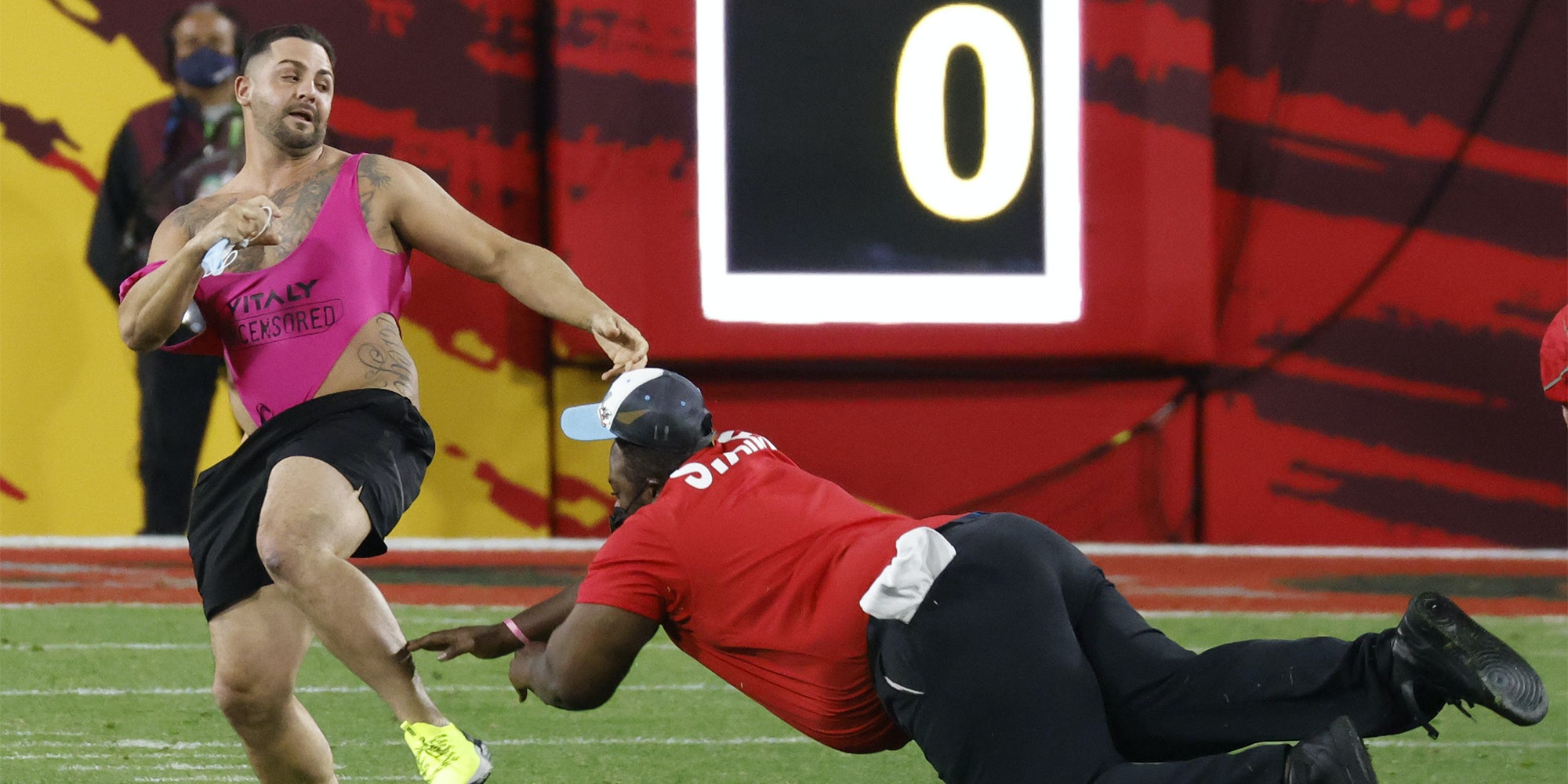 Videos of the Super Bowl streaker from various angles quickly went viral on social media. In a post on Reddit’s r/PublicFreakout, the man can be seen running across the field, arms raised and waving at the crowd. He fakes out one security guard before getting pummeled as he slides into the end zone.

The so-called streaker was actually quite heavily clothed, donning shorts and a pink leotard that said Vitaly Uncensored. The adult site belongs to YouTube star and prankster Vitaly Zdorovetskiy, whose YouTube account, VitalyzdTv, has more than 10 million subscribers.

Zdorovetskiy confirmed his involvement in the prank last night when he tweeted a photo of the streaker with the caption, “We fucking did it.”

This is not Zdorovetskiy’s first Super Bowl stunt. He commissioned Instagram model Kelly Kay Green to storm the field last year. She was held on trespassing charges with a $1,000 bond, the Daily Mail reports.

Zdorovetskiy is no stranger to run-ins with the law himself. Last April, he was arrested and charged with felony aggravated battery after allegedly tackling and repeatedly punching a female jogger. Last January, he said he spent five nights in an Egyptian jail for climbing one of the Pyramids of Giza.

Weekend update: TikToker films himself saving teen from man at mall and more
What is a tarot card reading?
Advertisement