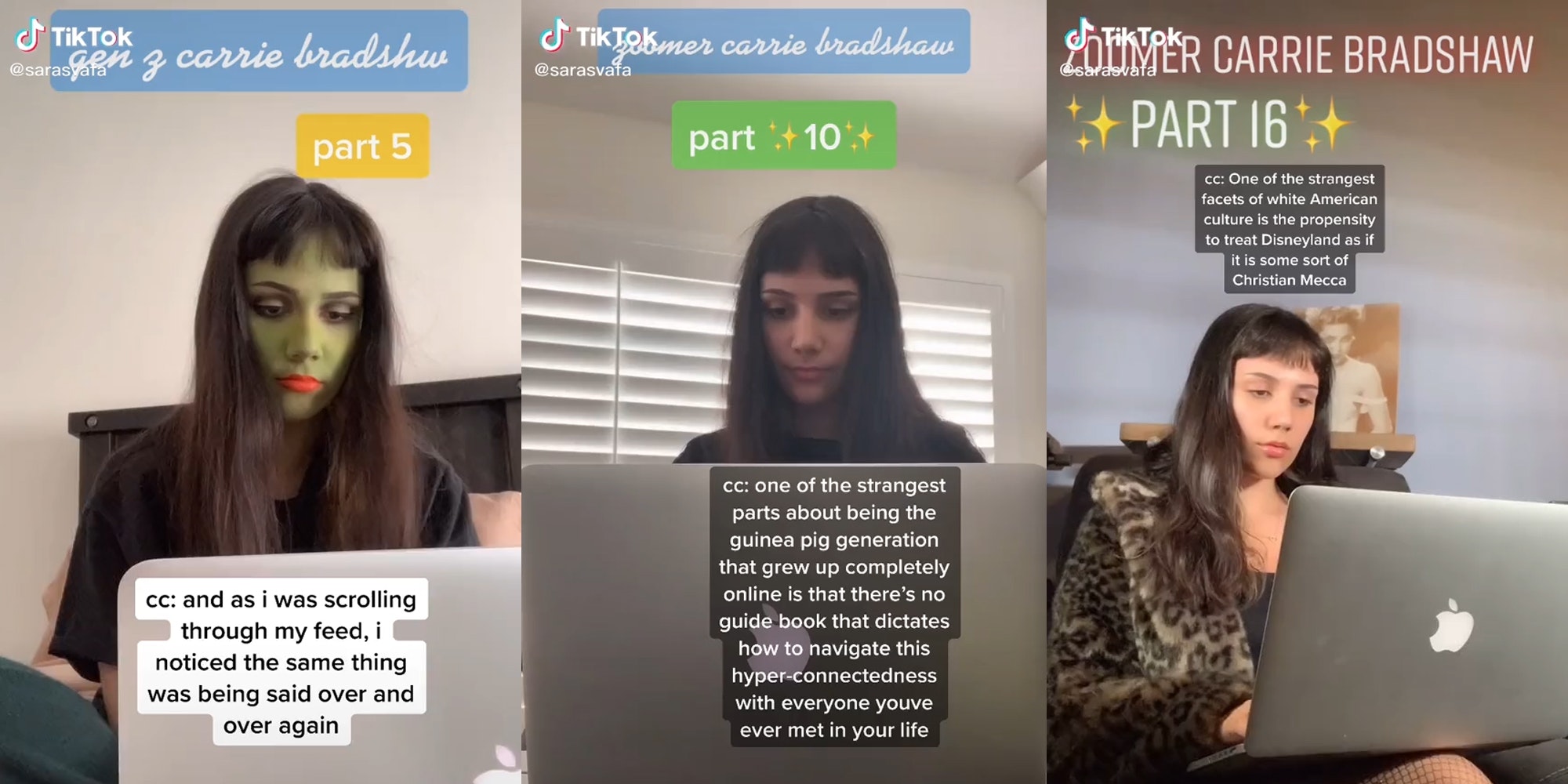 HBO’s Sex and the City was an iconic show of its time, achieving a cult-like status and acting almost as a bible for many young women embarking on city life. But some of it just doesn’t apply anymore, and some of it was actually pretty problematic when it aired. For many Gen Z and millennials, the whole thing is an unrelatable nightmare with people they’d never want to hang out with.

TikToker Sara Vafa (@sarasvafa) has reimagined the world of Carrie Bradshaw and her friends as taking place in a Gen Z reality. And it’s already so much better than the original.

She addresses a range of topics from the weird thirst for serial killers that keeps rising up from the depths of the internet to who’s to blame for her attraction to much older men (Lana Del Rey and the Disney Channel, apparently). She also gets into more serious commentary on gender relations, Covid-19 behavior, and mental illness.

Vafa describes all the new ways men have found to fly their red flags since the pandemic started, as well as the mental health struggles she’s faced with a signature mix of deadpan frankness, irony, and biting sarcasm.

Honestly, her series ok TikTok videos is much more relatable than inexplicably huge New York apartments or being able to afford enough designer shoes to need an entire separate closet. Plus, with 32 episodes and no signs of stopping, maybe she’ll carry you through the pandemic to the other side. And if you do run out of these, she’s also put out a series on Gen Z Veronica Sawyer from the classic ’80s cult film Heathers.

The Daily Dot has reached out to Sara Vafa for a comment on her videos, and we’ll update it when she responds.